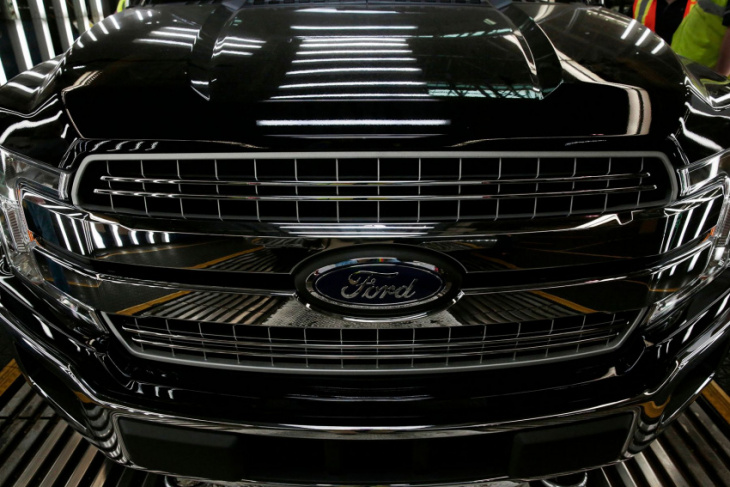 When news broke earlier this week that Ford was once again storing thousands of new cars on overflow lots outside its factories and elsewhere – up to 45,000 vehicles, in fact, mostly trucks and SUVs in the parking lots of Kentucky Speedway – everyone assumed the culprit keeping these rides from being delivered was absent semiconductors. While missing chips are indeed mostly to blame, it turns out another supply-chain issue had also snarled the shiny, new Fords in its web: a lack of blue oval “Ford” badges.

The prominent exterior grille badges, as well as the model-name emblems for a select handful of models, are apparently running out at Ford’s factories, insiders told the Wall Street Journal late September, and the F-150 has apparently been hit the hardest. While the automaker’s been considering alternatives, it doesn’t yet have a solution.

“Ford executives had considered some workarounds, such as 3-D printing the insignia until the permanent ones could be obtained, some of the [sources] said,” reports the Journal. “But they didn’t feel the printed substitutions would meet the bar on quality, these people said.”

The report chalks up the problem’s potential source to supplier Tribar, which also produces chrome trim and badges for General Motors and Toyota. The Wixom, Michigan-based company, which makes parts there, outside Detroit, was this past July charged with over-polluting local rivers and downstream treatment plants with water contaminated with 5 per cent hexavalent chromium, a known carcinogen. The resulting shutdown and investigation by authorities could very well have contributed to Ford’s badge-supply issue.