The all-electric Ford E-Tourneo Custom is set to arrive in the UK in the middle of next year – an eight-seat people carrier that is said to offer up to 230 miles of range on a single charge.

Sharing its foundations and front end looks with the E-Transit Custom, the E-Tourneo Custom is powered by the same 74kWh battery and 160kW electric motor pairing as its panel van sibling, producing 218hp and a promised electric range of 230 miles on a single charge.

By comparison, the expensive Mercedes-Benz EQV can muster 213 miles on a full battery, while the Citroën e-Spacetourer can travel a maximum of 136 miles without charging. Volkswagen’s all-electric ID. Buzz does have nearly 30 miles more battery range than the E-Tourneo Custom, but is only available with seven seats maximum.

This eight-seater Ford is compatible with 125kW rapid charging, which allows the battery to charge from 10% to 80% in an estimated 41 minutes. A one-pedal driving mode is also available as standard, which the manufacturer says increases the car’s energy efficiency.up to 2,500kg. The people carrier sits on 19-inch alloy wheels, and Matrix LED headlights come as standard. 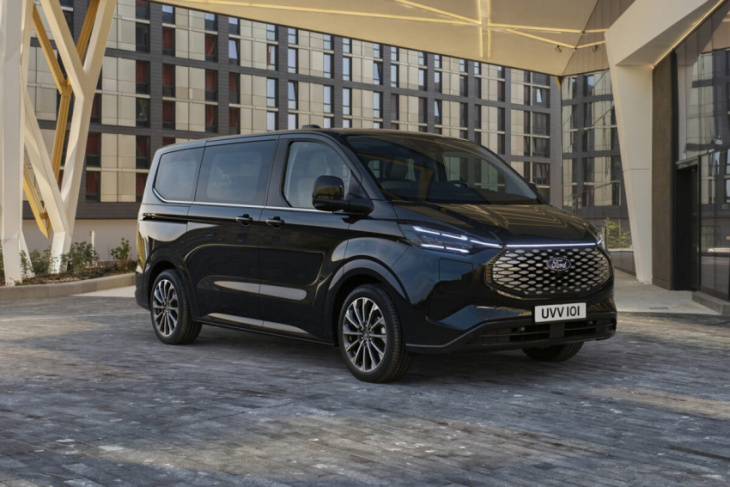 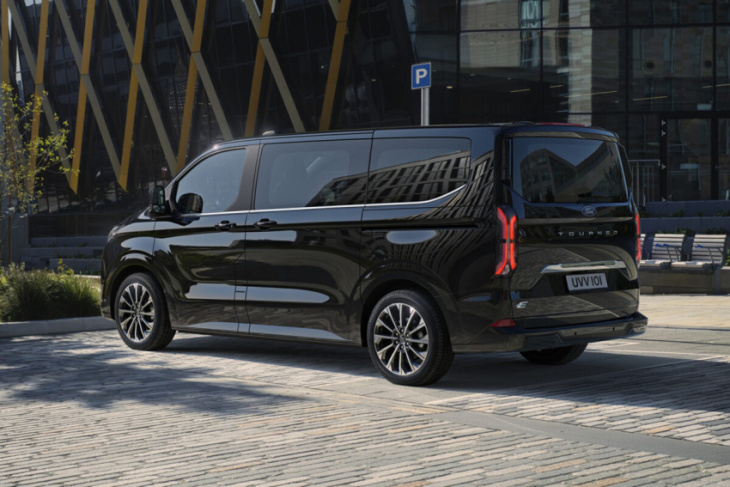 If you are not quite ready to make the all-electric switch, the Tourneo Custom range also includes 136hp, 150hp and 170hp diesel engine options, as well as a plug-in-hybrid model that is powered by a 2.5-litre petrol engine and an electric motor, providing 31 miles of electric-only range.

For those who have a caravan or trailer, the electric E-Tourneo Custom can tow up to 2,000kg on the road, but customers who opt for a diesel version will be able to pull trailers with weights up to 2,500kg. While electric versions are limited to a maximum of eight seats, diesel and plug-in hybrid models can be specced with a nine-seat configuration too.

The sliding side doors are electronically-powered, opening to reveal six seats in the rear – five of which are available with Isofix points for fitting child seats. The second row of seats can swivel round to face the third row in a ‘conference’ layout, and the passenger airbag in the front has been moved from the dashboard to the roof to free up space for an extra storage cubby. 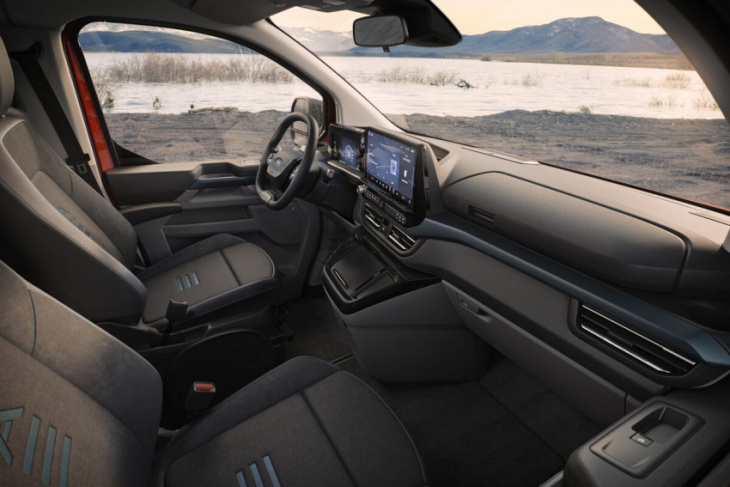 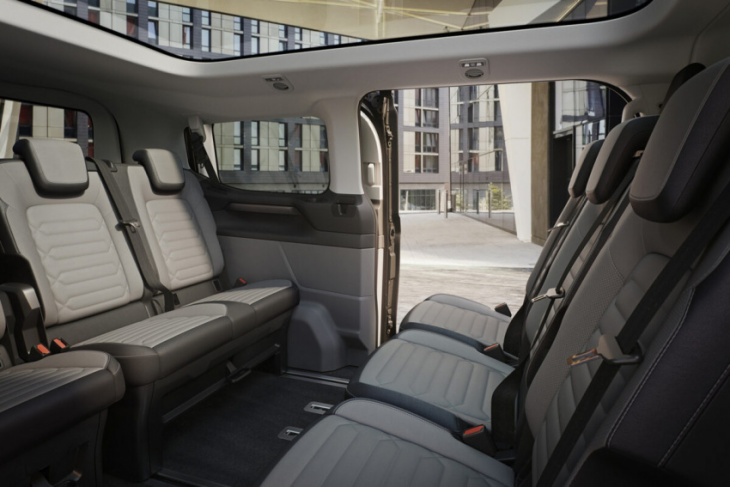 Elsewhere on the dashboard, a 13-inch infotainment console compatible with Android Auto and Apple Carplay is fitted alongside a tilting steering wheel which first featured on the E-Transit van, which folds flat for use as a small table.

The people carrier also comes with vehicle-to-load power sockets that allow you to charge and power electrical devices like laptops and smartphones. Safety assistance features include adaptive cruise control with lane centring, semi-autonomous parking assistance and a 360-degree parking camera.

That sums up what we know about the Ford E-Tourneo Custom so far – more details, such as UK pricing, will be announced in the coming months. Ford expects to deliver the first of these people carrier models to the UK in Summer 2023.

When it comes to the top-spec Ranger, Ford fans has their eyes on the Ranger Raptor—the Baja-conquering off-road spec version of the next-gen truck. But what if you couldn’t care about jumping over sand dunes and all that? What if all you want is a touch of luxury and ...


View more: If You Think The Ford Ranger Couldn't Get Even More Premium, They Come Up With The 2023 Ranger Platinum