The ever-elusive “last mile” challenge is getting another competitor. Ford Pro, the automaker’s new, separate global vehicle services and distribution business, announced today that it has signed a memorandum of understanding with Deutsche Post DHL Group to provide the logistics company with more than 2000 all-electric delivery vans. Ford Pro is initially focused on North America and Europe, but the announcement says the electric vans are part of DHL’s zero-emission logistics efforts that will eventually reduce emissions from delivery vehicles “around the globe.” 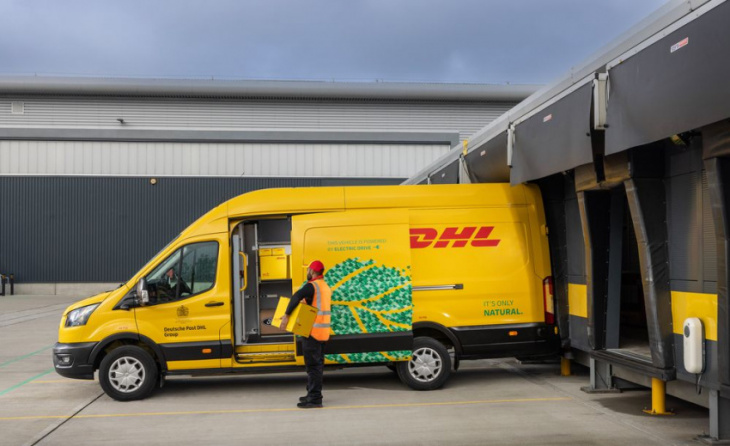 Ford will deliver over 2000 electric delivery vans to DHL by the end of 2023. Some of DHL’s new electric delivery vehicles will be the two-ton E-Transit model. These commercial vans will come with Ford Pro’s connected E-Telematics software and charging solutions, designed to make it easier for fleet operators to coordinate charging and other changes required by shifting to zero-emission EVs. Ford said it might also use information gained from the new EVs to co-develop future products with Deutsche Post DHL Group for the delivery company’s specific operations. As a related example, Ford recently designed and delivered vans with customized boxes for DHL vans delivering goods in German cities. 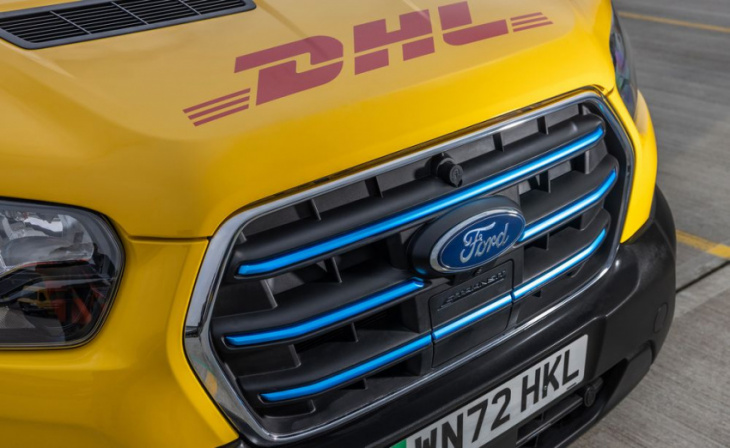 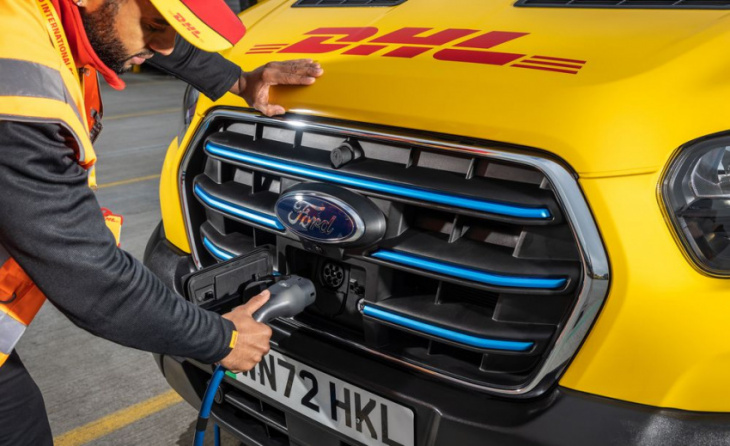 DHL has tested other electric delivery vehicles in its global fleet. In 2017, DHL ordered 2500 electric Ford Transit vans and purchased almost 100 others converted by Lightning eMotors in early 2021. DHL currently operates nearly 27,000 electric vans around the world, including Bulgaria, Belgium, Czech Republic, Germany, Luxembourg, Mexico, Netherlands and the UK. DHL said it targets 60 percent of its pick-up and delivery vehicles to be carbon neutral by 2030. Other automakers are sending electric delivery vans into service as well. FedEx, for example, was the first customer to test out BrightDrop’s EV600 electric van, and Amazon is using over 1000 Rivian electric delivery vans in the U.S. Ford has previously announced climate targets for its European activities, including “zero emissions for all vehicle sales and carbon neutrality across its European footprint of facilities, logistics and suppliers by 2035, and carbon neutrality globally no later than 2050.”The new Ford E-Transit starts at $55,585 and, with the low cargo roof, has a Ford-estimated range of 126 miles.