Thanks to a recent over-the-air update, early Ford F-150 Lightning owners can now have access to the popular phone-as-a-key feature.

Phone-as-a-key or PaaK for short, enables vehicle owners to use their cell phones as a key through the device’s Bluetooth feature and allows owners to use the vehicle without carrying around the physical key fob.

The PaaK feature has been rolling out to early-build F-150 Lightning owners this week in priority update 22-PU0929-BLM-UP. Only F-150 Lightning built from the start of production in April through the 3rd week of July require this update to have access to PaaK.

That’s because Ford began including it on all F-150 Lightning built from the last week of July onward. 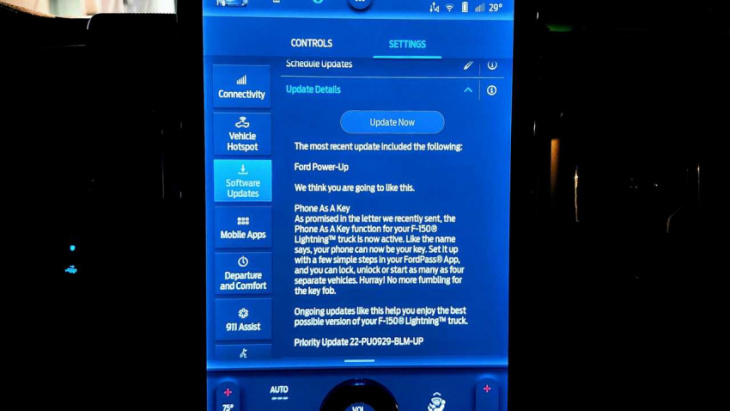 But there is a caveat to the PaaK feature being activated – it’s apparently not fully baked yet. After the OTA update on the vehicle is complete, owners then need to activate PaaK on their FordPass app. When you begin the process, a notification pops up that states:

“Limited Support For This Device: Phone as a key will still function, but we’re still working to optimize the experience”

They don’t explain what’s limited, but after following the app instructions, the missing part of the feature becomes clear. The final step instructs you to activate “walk-away locking” in the settings menu. By selecting this, the vehicle will automatically lock when you walk away from it with your phone.

Some users may not want to enable walk-away locking because it could be cumbersome if you are working around the truck and need to frequently get in and out of it. Therefore, you get the option of enabling it or not, whatever you prefer. 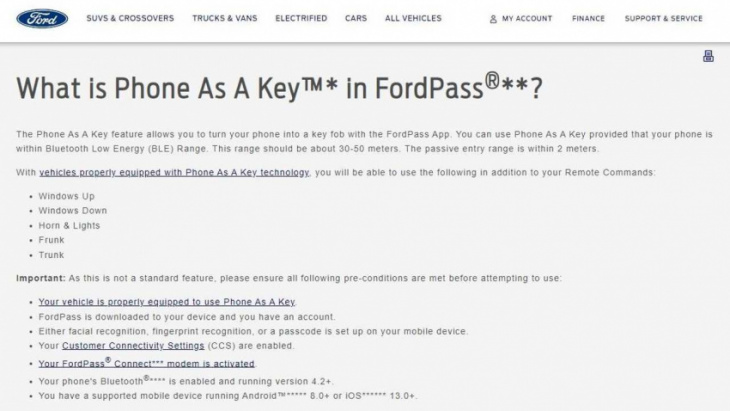 However, when you look in the settings dropdown list as instructed, there isn’t a walk-away locking option as there should be. We reached out to Ford and confirmed that the walk-away lock part of PaaK isn’t ready for release yet, but were told that Ford is working on it and will release it in a future OTA update.

Hopefully, that update will come soon. As an F-150 Lightning owner, and someone that has had other vehicles that have PaaK available, I use it all the time, and walk-away locking is definitely appreciated.