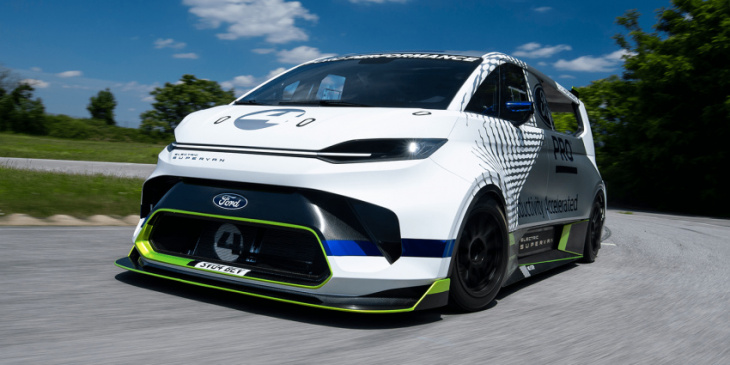 Ford has unveiled 1,500-kW electric transporter looking much like a race car at the Goodwood Festival of Speed. The Ford Pro Electric SuperVan features four electric motors powered by a liquid-cooled 50 kWh battery and speeds from zero to 100 km/h in under two seconds.

Behind it, however, was the Ford Performance unit and electric racing specialists STARD in Austria, with exterior design by the Ford Design team in Cologne, Germany. They took the chassis of the new Transit Custom but redesigned almost everything else. Ford had presented the electrified Transit Custome van this May as a PHEV with the zero-emission Transit Custom slated to launch in 2023 with a range of nearly 400 km.

The Electric SuperVan is of course already all-electric and also otherwise very unlike the E-Transit. The 50 kWh high-performance battery, for example, is not a harbinger of the energy storage system in the upcoming production model. The battery is designed to provide enough power for show appearances like Goodwood and to deliver enough power for the four electric motors. 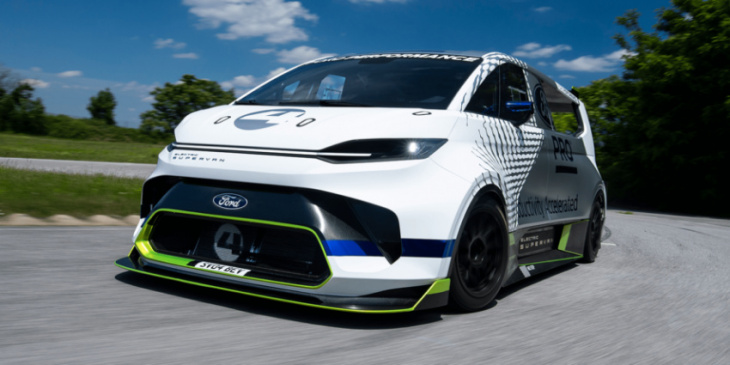 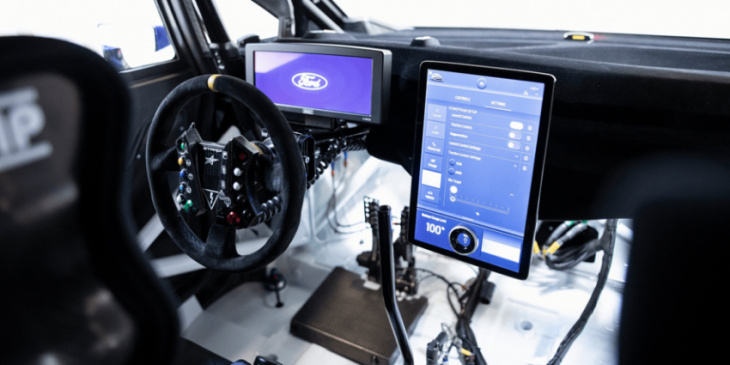 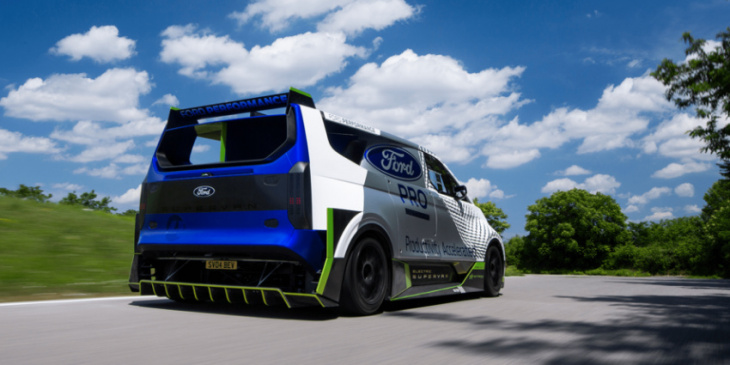 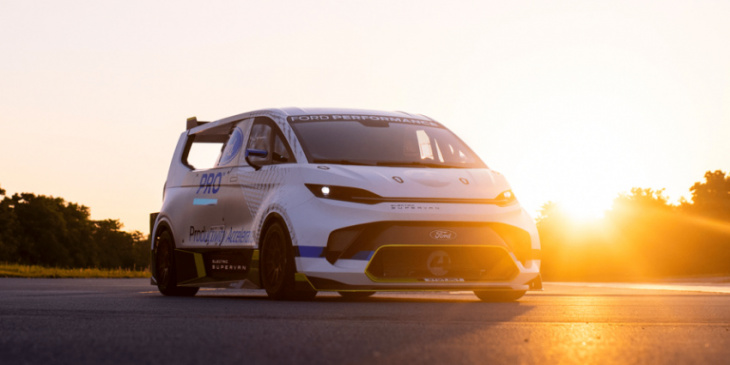 However, Ford does not provide details on the battery and the motors. The Americans only state that in addition to the liquid cooling of the battery, the customized drive management were essential factors in bringing high maximum power and acceleration to 100 km/h in under two seconds on the road.

The drive system has five modes designed for driving on the road (rare, so Ford), track, drag, drift, and rally, that’s gravel tracks.

However, Ford Pro’s 125,000 clients may rest assured that the Electric SuperVan is a one-off demonstrator building on three previous ICE SuperVans. “The chance to be part of the iconic SuperVan story and reimagine what it could be in the 21st century was a dream opportunity,” said Amko Leenarts, director, Design, Ford of Europe.