Let’s get off on the right foot by establishing that the Mach-E is Ford’s answer to the question “What if our new family battery electric vehicle (BEV) was a Mustang?”, rather than “What if we made the Mustang into a BEV?”

It’s a subtle but significant distinction, which is clearer now than it was when the Mach-E was launched in the US back in 2020. Because as we’re getting ready for the launch of Mach-E in New Zealand early next year, we also have a new seventh-generation version of the Mustang sports car on the way, in all its internal combustion engine (ICE) glory. So it’s not a case of one or the other, it’s both. 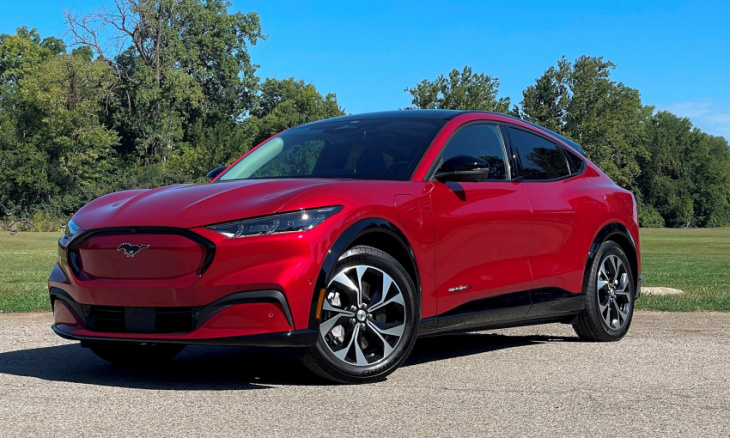 The Mach-E is an expansion of the Mustang brand, rather than a completely new direction. Globally, 80 per cent of buyers have been new to the Ford brand, so it seems like the strategy is working.

With that in mind, meet the Mach-E. It meets trending BEV market segments comprehensively: a medium-sized five-door SUV in a range of battery/drivetrain configurations that should bridge the gap between a sub-$80k price (so buyers can take advantage of that sweet $8625 Clean Car Discount) and the obligatory crazy-fast version.

Now, about that price: we don’t know it yet. We do know there will be a 76kWh rear-drive model that’s surely intended to duck under that Clean Car price cap. The mid-range version picks up a 99kWh battery and dual-motor AWD, while the range-topping GT (below centre, in blue) really ramps up the power and performance: it has an extra 100kW over the standard AWD and gets to 100km/h two seconds faster (3.8 seconds). 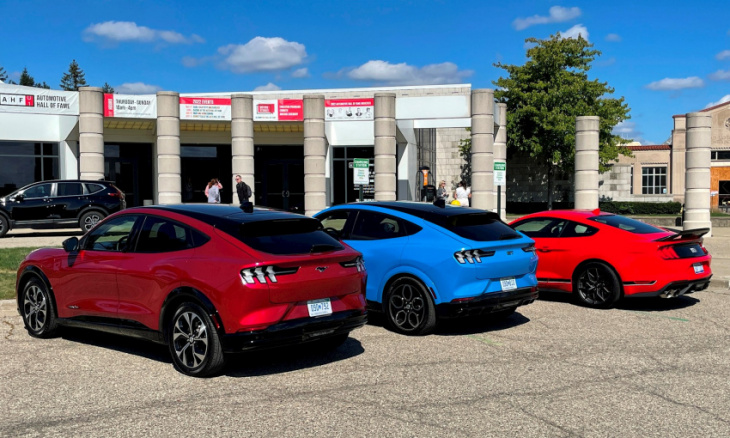 You’ll note the Mach-E has pretty big battery capacity by market standards. Part of Ford’s strategy with models like this and the F-150 Lightning is to try and show customers that you don’t have to compromise too much with BEVs in terms of day-to-day use. Even the entry RWD does 440km (mind you, its battery is as big as an upmarket-specification Kia EV6 or Hyundai Ioniq 5). The AWD achieves 540km on the WLTP cycle, while the GT drops 40km but still sits at a handy 500km.

We drove the Mach-E AWD in Detroit this month as part of a Ford media programme around the North American International Auto Show (NAIAS). Notwithstanding the location of the steering wheel (left) and the length of the drive route (short), first impressions are of a polished BEV-SUV that treads the line between sportiness and practicality remarkably well. The steering is not strong on feel (few mainstream BEVs are) but you can configure different weights as you cycle through the three drive modes: Whisper, Engage and Unbridled. Ha ha.

As those modes suggest, you can have smooth silence or a bit more interaction: “1-Pedal Drive” is available with one touch, as is a “Propulsion Sound”. Familiar BEV stuff, but all nicely executed. 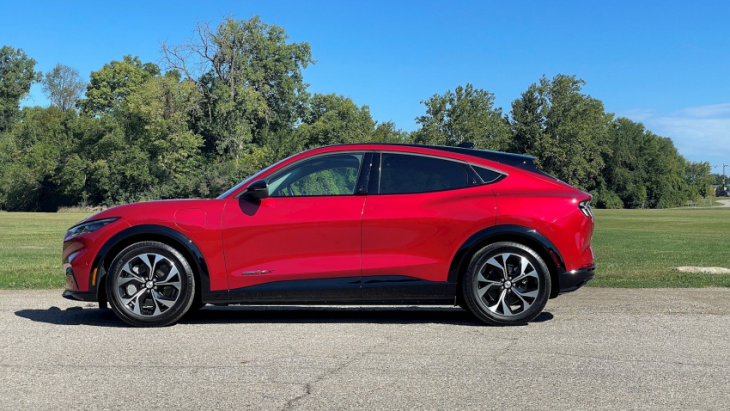 The suspension is on the firmer side of family motoring, but still comfortable – at least on the roads around Ford World Headquarters in Dearborn where we drove it.

That outwardly rakish profile doesn’t do real damage to the Mach-E’s family credentials, either. From the outside, the roofline is an optical illusion: the painted part sweeps down dramatically but there’s a blacked-out section above that ensures decent headroom for adult passengers in the rear. The main sacrifice from the styling is the boot, which is an acceptable but not sensational 402 litres.

The Mustang-esque styling exterior detail is actually most obvious from the driver’s seat: you’re looking out across small bonnet bulges and when you glance in the side mirror you see those prominent haunches. 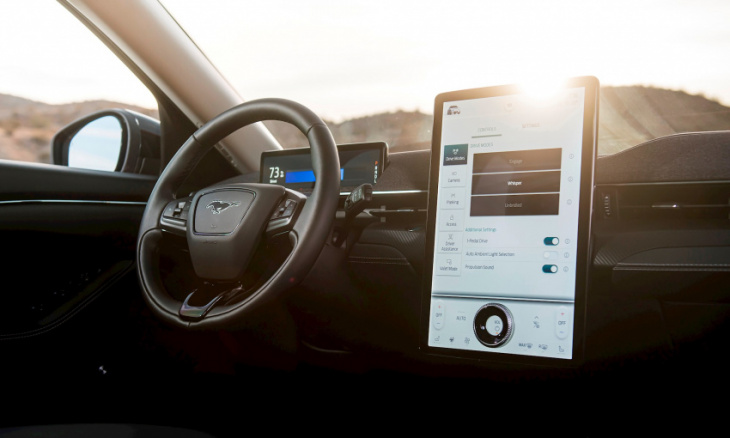 The cabin has a classic “deep dish” steering wheel and the classic Mustang “double brow” dashboard shape, but it’s also very tech-focused, with the obligatory eco-look materials and a massive 15.5-inch portrait touch screen that handles all major cabin functions. Funnily enough, now that the Mustang coupe has dropped that double-hump dash and moved to a widescreen-look digital display, the Mach-E cabin is arguably more Mustang-looking than the, um, Mustang.

It’s easy to be cynical about Ford using an iconic sports-car name to draw buyers into the BEV fold – make no mistake, that’s what happening – but then the car industry has never been precious about such things when future survival is at stake.

And nobody’s taking away the thunderous “pure petrol” Mustang models for now, which seem safe for another few years with the launch of the seventh-gen coupe and convertible. 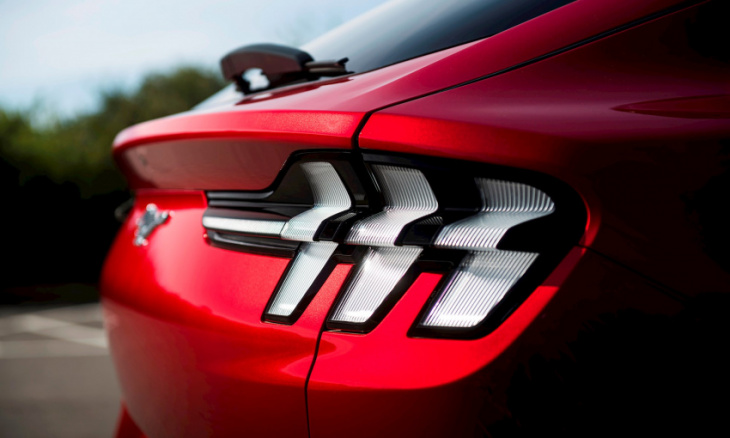 The result of this Mustang melting pot with the Mach-E is an SUV-BEV with clever styling and perhaps a bit more spirit than your average family plug-in. If you end up with a Mach-E in the driveway you’re certainly buying into something really big: it’s a pillar of Ford’s BEV strategy and destined to contribute nearly half of the global 600,000 volume the company wants from this technology by the end of next year. 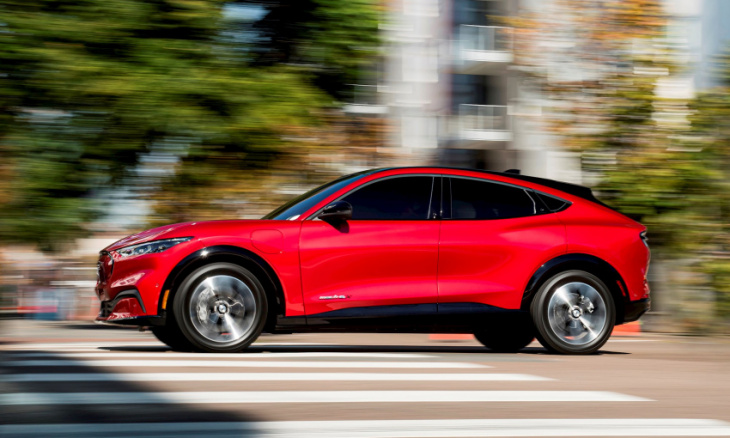 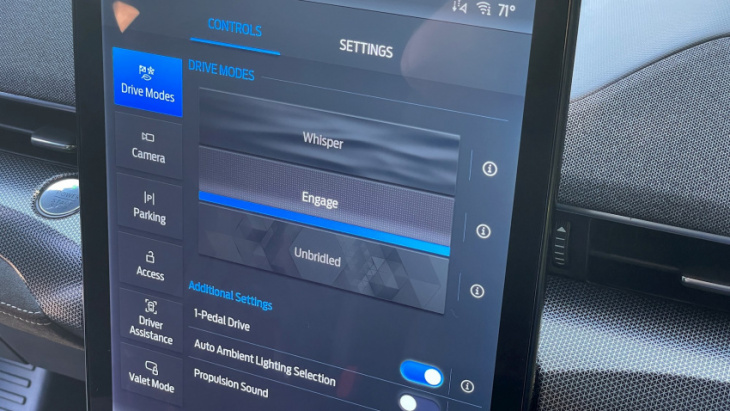 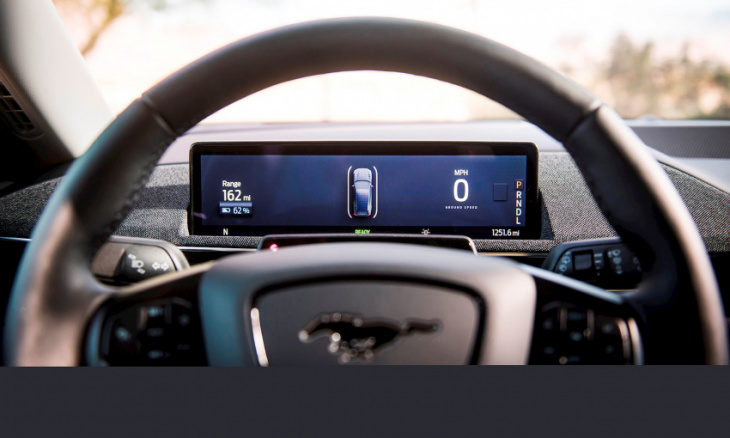 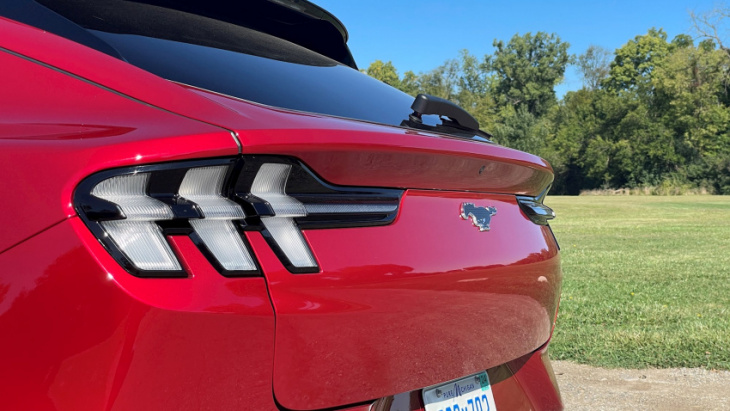 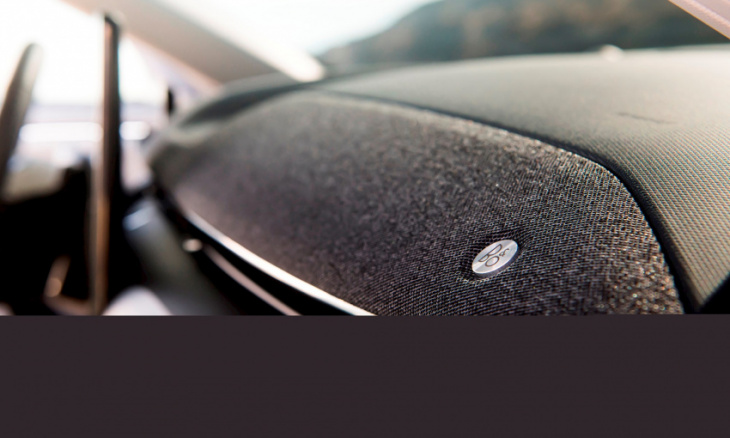 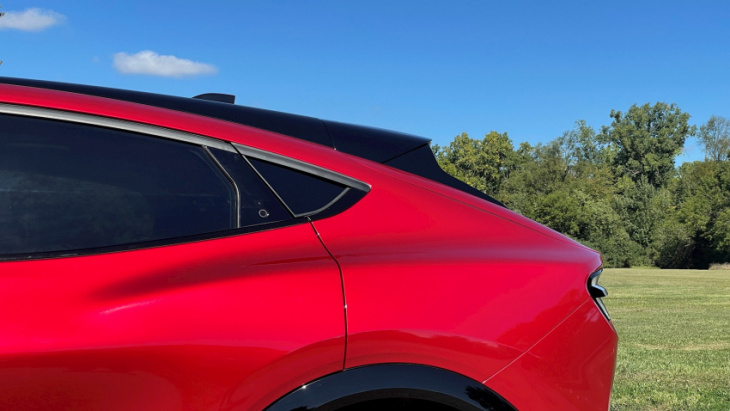 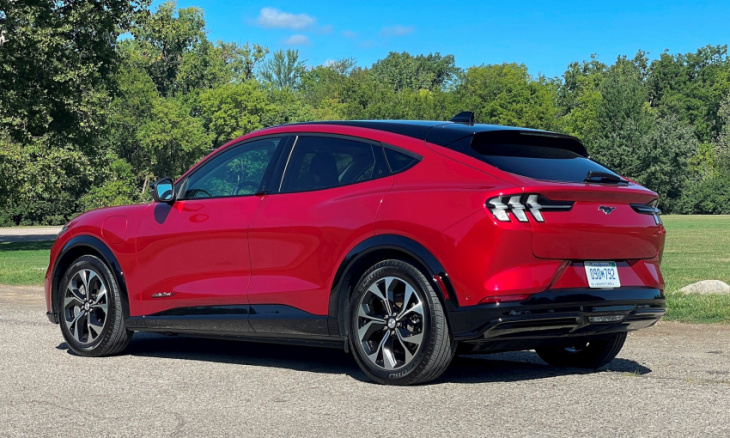 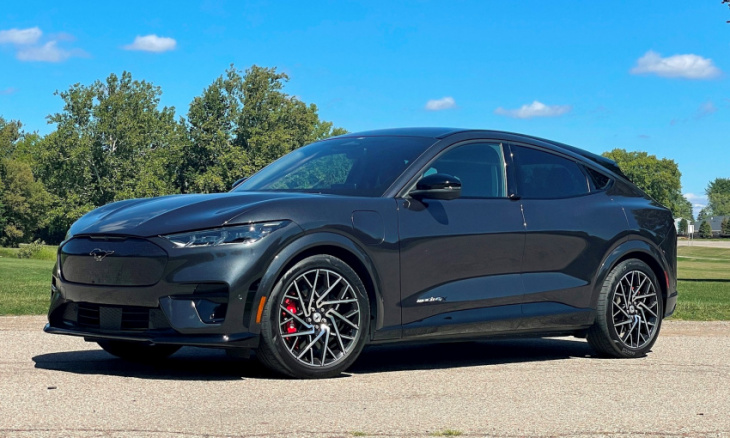 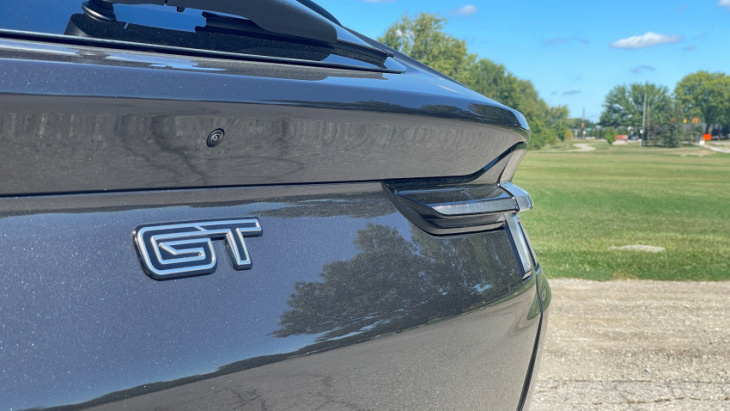