Ford’s iconic sports coupe could retain its current ICE powertrains for the new Mustang, which will be announced on September 15

The next-generation Ford Mustang was expected to be packing a hybrid powertrain – as well as a traditional V8 – but reports out of the United States indicate the electrified engine won’t happen. At least not now.

According to respected industry publication Automotive News, the new Mustang is not likely to depart dramatically from the current ‘S550’ sixth-generation pony-car, with the publication claiming that the hybrid Mustang project has been scrapped, according to Ford insiders.

The report also indicates that the long-rumoured all-wheel drive version of the Mustang might not happen and will instead remain rear-wheel drive in classic Mustang tradition. 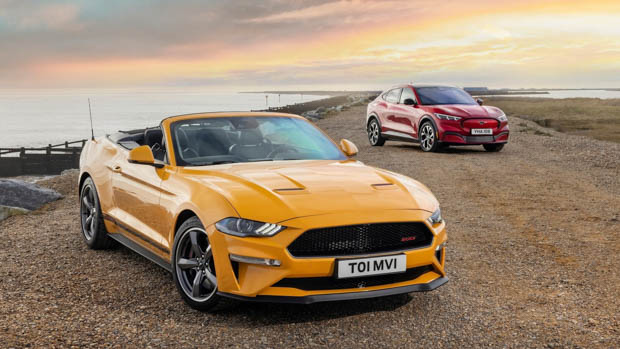 The Ford Mustang will not go hybrid for its next generation

The next-generation Ford Mustang is due to be revealed to the public at the Detroit Auto Show on September 14 US time, or the morning of September 15 in Australia.

Where did Mustang Hybrid rumours come from?

An earlier leak from a Ford engineers’ LinkedIn page indicated that both a hybrid 2.3-litre Ecoboost four-cylinder and a electrified 5.0-litre Coyote V8 engine were in development at Ford HQ.

Ford filed a patent back in 2017 for an all-wheel drive hybrid V8 petrol engine that was equipped with two electric motors. 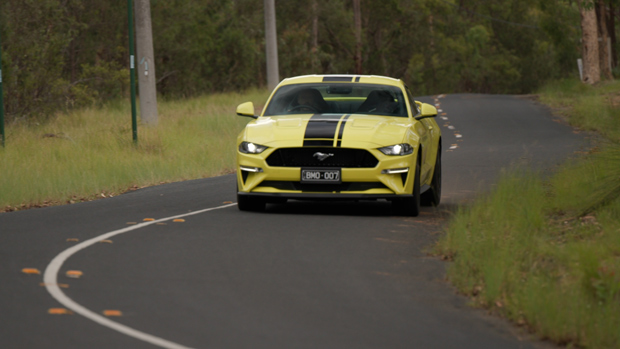 This could still be a possibility for a flagship high-performance Mustang, however nothing has been confirmed just yet.

Can I buy a Mustang right now in Australia? 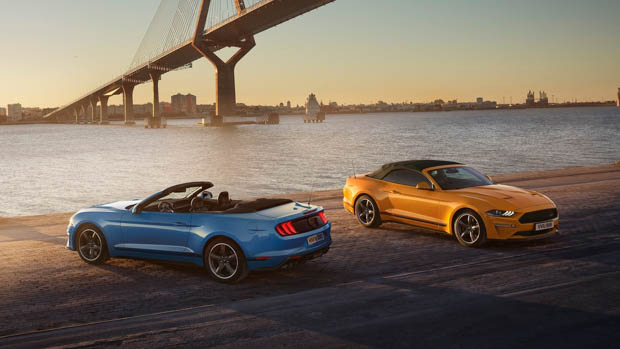 California Special Mustangs went on sale here in May

Locally, all Ford Mustang orders have been paused, according to Ford’s website, meaning that even if you wanted a new Mustang, you can’t get one.

“We are pausing any new orders for Mustang until we can get through the existing customer order bank. We understand this is frustrating and we will re-open for orders as soon as possible”.

Ford Australia told Chasing Cars that there is “no news on when order books will reopen, but we will provide an update when the situation changes”. The Ford Mustang for 2023 will be revealed on September 15

While there are plenty of Ford Mustangs on the second-hand market, those wanting a brand-new Mustang will need to be very patient. The California Special Mustangs were announced in December 2021 and have been on sale here in Australia since May.

Ford’s new Mustang features a tricked-out drift brake feature for easier slides, but it might not come to Australia. Australia could miss out on one of the headline items of the new, seventh-generation Mustang – the Electronic Drift Brake. The new pony car was revealed in Detroit in September ...

The Ford F-150 struggles with shortages Where do Ford badges come from? How long is the wait for a Ford F-150? The fact that thousands of Ford F-150 models are delayed isn’t exactly new information. The incomplete models can be seen from space, so even astronauts are in the ...

Ford has filed a patent application for an external airbag that would deploy from behind a vehicle’s grille during collisions. Filed with the United States Patent and Trademark Office (USPTO) on Mar. 1, 2021, and published Sept. 1, the application describes an airbag system similar to the ones already ...

The service bill for the 7th service came to Rs. 10,514. BHPian A.G. recently shared this with other enthusiasts. Eighth and Ninth Service Experience: Quite late in sharing the same but trying to bring it upto speed. The eighth service of 70,000 Kms was done in June 2021. The ...

This next-generation Ford Ranger has big shoes to fill. It’s hard to believe, but the previous Ranger was first launched in 2012 meaning it served a whole decade in the market. Despite that, it never felt long in the tooth—a testament to its then designers and engineers who set ...

Sales figures for 2022 show GM in the lead GM’s trucks got a refresh for 2022, and that helps sales GMC also added an ultimate luxury version version in the Sierra Denali Ultimate Ford recently update the F-150, too Ford loves to tout that for 45 years the Ford ...