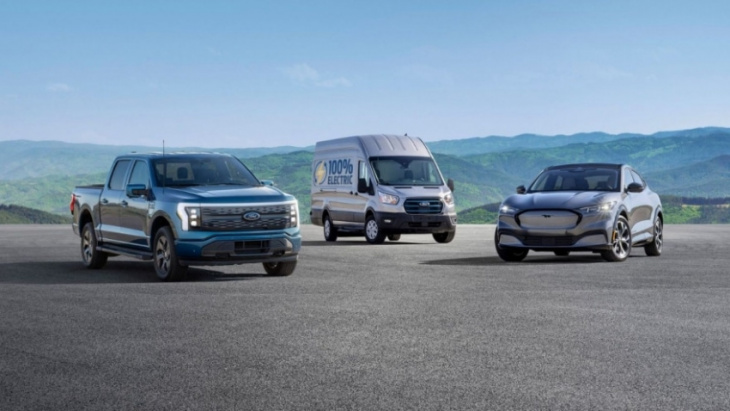 Ford has two massive deals that could secure tens of thousands of electric vehicle sales for the coming years.

Ford has long had a significant presence in commercial fleet sales. The brand has become synonymous with the police cars and service trucks they have supplied to countless government agencies and large corporations. Now, Ford has two opportunities, one with the U.S. Forest Service and one with DHL, that could extend the Blue Oval’s lead in the category.

The more substantive deal is the sale of over 2,000 Ford E-Transits to DHL, the German shipping and logistics company. According to a press release from DHL, the E-Transits will be delivered over the coming year, but they could be the beginning of a substantial partnership and a huge sales opportunity for Ford. DHL has the ambitious goal of electrifying 60% of its worldwide fleet of vehicles by 2030. And while according to DHL’s Chief Procurement Officer, the company already owns a massive fleet of over 27,000 electric vehicles, it will need far more to achieve 60% electrification. DHL did not address when the company would be expanding its orders from Ford, but it has signed a memorandum of understanding that the company may work with Ford to develop EVs in the near future.

Currently, the U.S. Forest Service operates a fleet of just over 17,000 vehicles and will be working to electrify its fleet in the coming years. Hence, Ford may have a fantastic opportunity to be the supplier of this significant buyer. The Forest Service did not outline a timeline for when they would consider a full deal with the automaker.

As more and more organizations, both public and private, look to electrify the fleets they control, those who are ready and able to supply those demands could be in for an amazing opportunity. Ford is one of these companies. If traditional competitors in the commercial space (General Motors and Dodge) are absent from offering electric vehicles, Ford may gain a leg up in the race toward electrification in the United States.

Keyword: Ford may extend its lead in commercial EV sales