Ford Laying Off 3,000 Staff To Cut Costs As It Transitions To EVs

Two-thirds are salaried employees and one-third are agency workers; most of the layoffs are in the US, Canada and India. 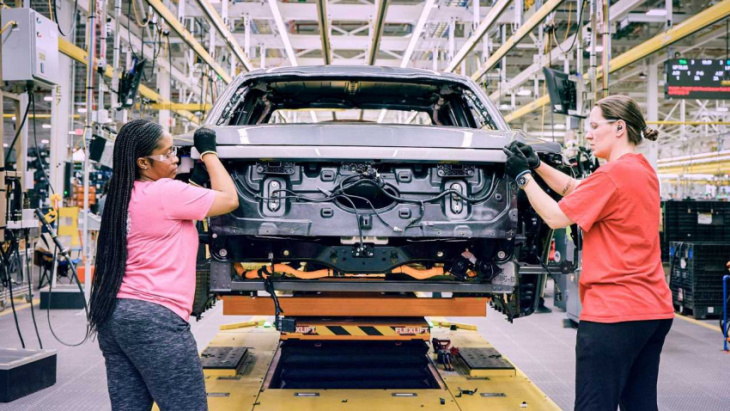 Ford Motor Company has confirmed reports about plans to lay off approximately 3,000 white-collar and contract employees in an effort to cut costs as it transitions to electric vehicles.

Earlier this week, the automaker sent an internal email to employees, saying it would begin notifying affected salaried and agency workers of the cuts this week. The Wall Street Journal viewed the email and was able to confirm its authenticity.

Cutting 3,000 employees represents a 1 percent reduction of Ford’s global workforce of about 183,000 people. Most of the job cuts will be in the United States, Canada and India. Ford said about 2,000 of the targeted cuts are salaried jobs, with the remaining 1,000 employees working in contract positions with outside agencies. The job cuts are effective September 1, a company spokesman said.

The internal email, signed by Executive Chair Bill Ford and Chief Executive Jim Farley, said Ford was changing the way it operates and redeploying resources as it embraces new technologies that weren’t previously core to its operations, such as developing advanced software for its vehicles.

“Building this future requires changing and reshaping virtually all aspects of the way we have operated for more than a century.”

The announcement comes after several media outlets reported in July that Ford was planning layoffs for white-collar staff as part of a broader restructuring to sharpen the company’s focus on EVs and batteries. It also comes not long after Ford CEO Jim Farley said the company has too many employees, many of which don’t have the expertise needed to power the automaker’s transition to electric, software-defined vehicles.

Farley also said he aims to cut $3 billion in annual costs by 2026 as part of a goal to reach a 10 percent pretax profit margin by then, up from 7.3% last year. Ford has pledged to spend about $50 billion through 2026 to develop EVs, targeting global sales of 2 million by then. Like many global automakers, the Blue Oval is trying to close the sales gap with EV leader Tesla.

To move closer to achieving this goal, Ford earlier this year separated the company into distinct divisions—Model e, focusing on EVs and advanced technologies, and Ford Blue, centered on the carmaker’s portfolio of ICE vehicles. There’s also a third unit for commercial vehicles called Ford Pro.

Keyword: Ford Laying Off 3,000 Staff To Cut Costs As It Transitions To EVs