The Blue Oval is coming for Tesla. There may be a wide gap between the two automakers in the electric vehicle production space, but Ford has big plans for the future. In fact, Ford has dedicated an entire division to the production of EVs called Ford Model e. The Ford Blue division will maintain production of its gas-powered portfolio. The demand for Ford electric vehicles is so high that the company had to build another factory to crank out F-150 Lightning electric pickup trucks.

The Ford F-150 Lightning is a massive success

Chances are that thousands of American drivers that didn’t get the opportunity to place a pre-order are just as excited about the EV. The electric truck became so popular so quickly that even Ford wasn’t prepared for the amount of F-150 Lightning pre-orders that the company received.

According to Insider, Vice President of Ford Electric Vehicle Programs and Ford Model e Darren Plamer, claims that the company had to cut factory walls open to make more room for F-150 Lightning production. The automaker is building a factory to help meet the high demand for the electric pickup truck and build other electric Ford nameplates.

The 2023 F-150 Lightning is much more expensive compared to the previous model year, but demand remains strong. The Lightning’s greatest rival could be the upcoming Chevy Silverado EV WT. The Silverado EV WT will be much more affordable than the current Lightning Pro model year when it arrives (unless GM bumps up the price).

How much does it cost to recharge a Ford F-150 Lightning?

Owning a Ford Charge Station Pro home charging station is highly recommended for F-150 Lightning ownership for both cost and convenience purposes. The charging station costs $1,310, and it must be installed by an expert. Sunrun is Ford’s preferred installation company. 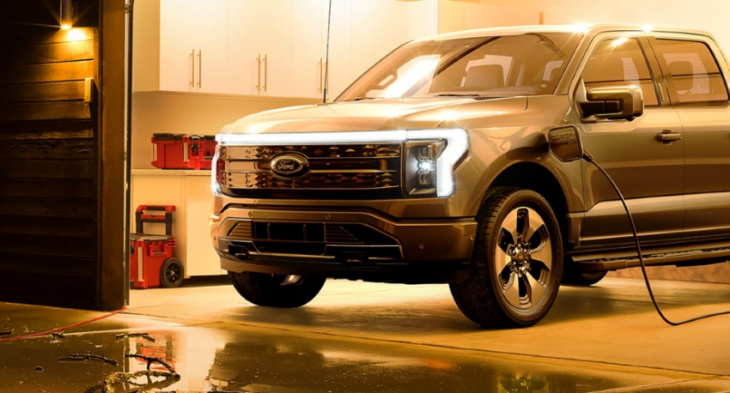 The Ford Charge Station Pro comes complimentary with extended-range battery models. Charging costs using the home charger vary by state because electricity prices vary. InsideEVs claims that it could cost as low as $20.10 to recharge the F-150 Lightning with a home charger in the state of New Jersey.

It could cost as high as $53.60 to recharge the electric pickup truck using a home charger in Hawaii. That being said, the cost of charging the F-150 Lightning using a home charger in most states is significantly lower than the cost of refueling a gas-powered Ford F-150 full-size pickup truck. EV charging may be much more complex than refueling a gas-powered vehicle at the moment, but ideally, drivers will save hundreds of dollars on fuel annually for long-term periods of ownership.