Remember those thousands of Ford trucks sitting at Kentucky Speedway without chips in 2021? Well, they’re back. You can see them from space once again. Ford was able to get all of those trucks to dealers last year. But now, there is a whole new batch of them just piling up. So what’s going on this time?

These Planet.org images show the same parking area just off from the Speedway. The first shows the area once Ford had sent the Super Duty trucks on their way. And the other is from two weeks ago.

Why are Ford Super Duty trucks stored in Kentucky? 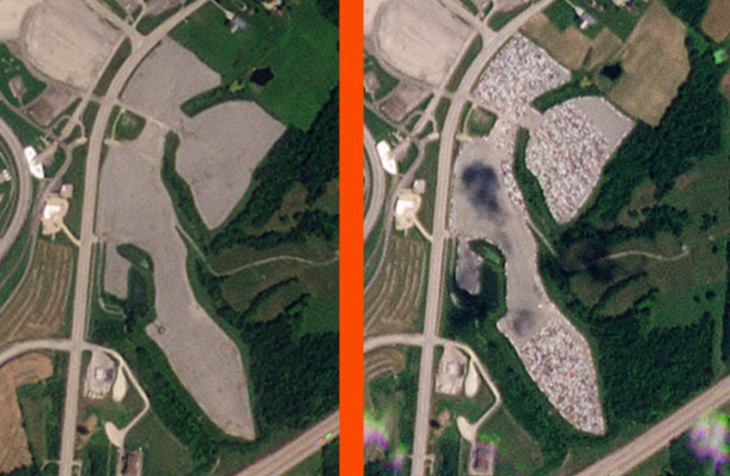 The Kentucky Truck Plant in Louisville builds Ford Super Duty trucks. It’s about an hour away from the Speedway. While not as packed as last year, at least for now, the number of trucks is in the hundreds, or maybe more. So, what the matter this time?

According to MSN, it’s the same thing, chips. A spokesperson says, “The global semiconductor shortage continues to affect Ford’s North American plants, along with automakers and other industries around the world. Behind the scenes, we have teams working on maximizing production, with a continued commitment to building every high-demand vehicle for our customers with the quality they expect.”

Is this the only Ford truck plant doing this? 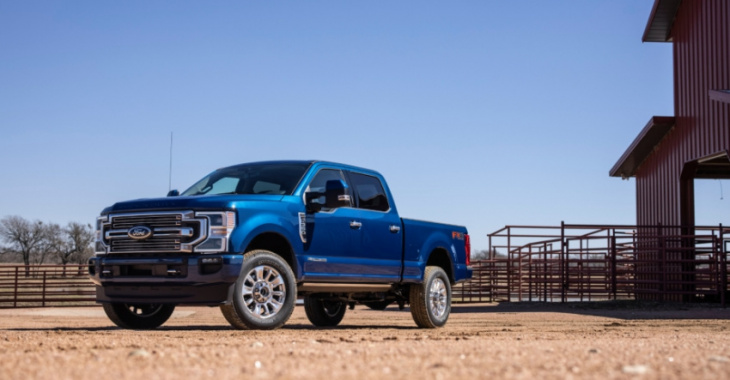 MSN talked to local resident Pat Brindley Roeder, who said that these newly-built trucks are now being driven to the Speedway lots. Last time, transporters drove loads of them to the lots. So odometers will show a minimum of 50 miles because that is how far the Speedway is from the truck plant. Charlestown, Indiana, is yet, another location for Super Duty storage, mostly Platinum F-350 and chassis-cab F-550 trucks. But things could be worse.

In Michigan, thieves have stolen more than $1 million in F-150 Raptors from different holding lots in and around its Dearborn Truck Plant in Dearborn. Stolen Raptor pursuits are now becoming common in Michigan.

How many shutdowns have Ford factories had in 2022? 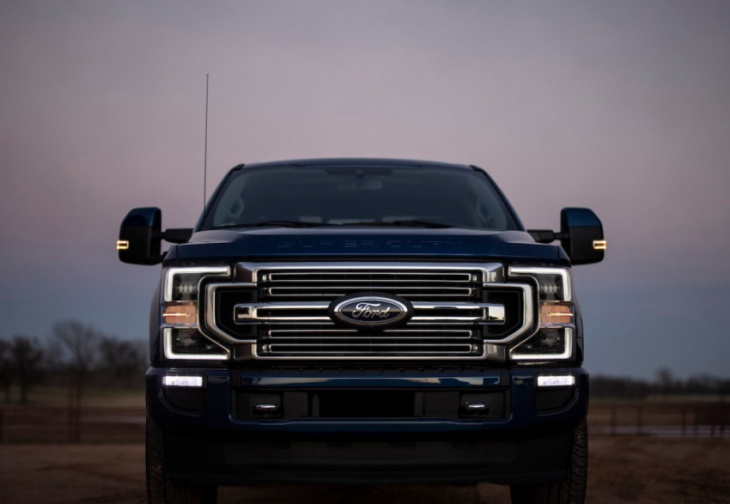 Shutdowns in 2022 at Ford’s Ohio and Kentucky assembly plants have happened numerous times for lack of microchips and related components. The Ohio plant shut down in February, while one shift was temporarily removed in Kentucky. Because of depleted component inventories, both plants shut down in March for a week. Those impacts included the production of the Ford Expedition and Lincoln Navigator.

Another two Ford assembly plants closed or ran reduced schedules in March. Almost all other vehicle manufacturers have been affected by the same supply problems.

Ford had to stop taking orders for 2022 Super Duty, Mustang Mach-E, and F-150 Lightning trucks in April from huge demand and lack of chips. So 2022 production of these vehicles sold out before the first of May. “Due to high demand, the current model year is no longer available for retail order,” Ford’s website says. “Limited inventory may be available at selected dealers. Contact your dealer for more information.” That is unprecedented.

Keyword: Ford Has So Many Unfinished Trucks It Can Be Seen From Space