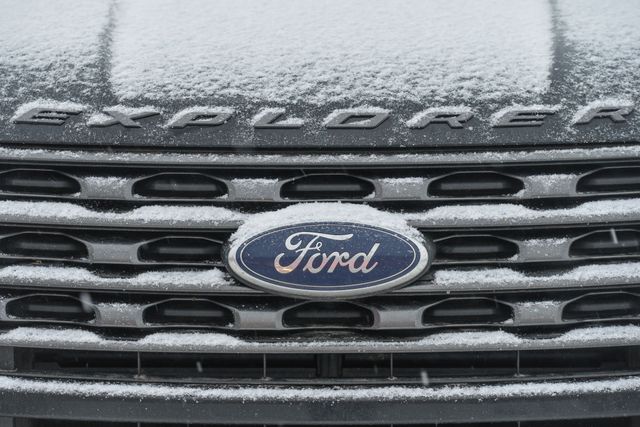 While many manufacturers have been hit with delivery-delaying supply chain issues over the past few years, Ford seems to have a knack for finding the most unique problems in its production process. The blue oval brand has experienced all kinds of misfortunes, from hardtops that did not meet quality standards to missing chips that left Broncos parked in te snow. Now, according to a report in the Wall Street Journal, the issue is the blue ovals themselves.

Ford’s signature badges have apparently been hard for the company to come by in recent months. A Ford spokesperson confirmed to the Journal that the shortage led directly to some vehicles being held from delivery, with the F-Series truck line included among the delayed products. It’s a contributing factory in a major problem of delayed truck deliveries for the company. Earlier this week, The Drive found that many of those delayed trucks have been held in massive lots around the former NASCAR Cup Series track Kentucky Speedway.

With official parts delayed, Ford executives reportedly considered fitting the trucks with temporary 3D printed badges. That idea apparently fell apart when the brand determined those badges would not meet quality standards, so the company opted not to pursue the idea further.

Enough badges have apparently been secured to retrofit trucks built without a logo and ship them out to dealers. That’s great news for Ford, which will hopefully no longer have to consider whether or not it can sell a Ford truck without a Ford badge on it.

Keyword: Ford Had To Delay Some Cars Because It Ran Out of Ford Badges