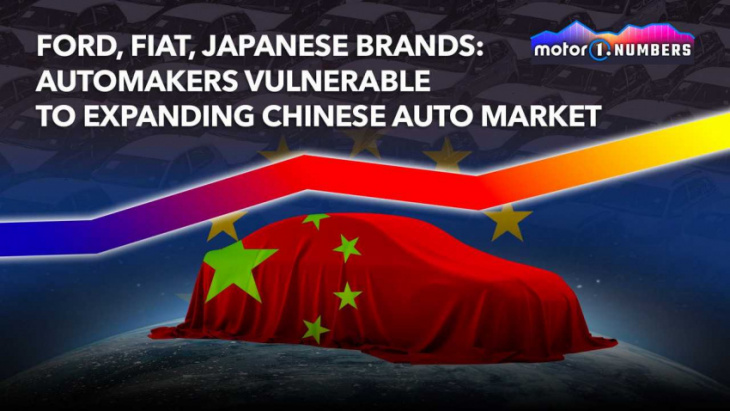 Chinese automakers are starving. So far they have leveraged the giant local market to drive their accelerated growth. With 25-28 million vehicles annually, China is not only the world’s largest automotive market, but also a major source of volume and growth. A market share of 1 percent means 250,000-280,000 units a year, which is not bad compared to the figures recorded in Europe and the United States.

The first phase of the Made in China expansion has come to an end. Now is the time to run after global markets, away from internal borders. Chinese cars have become more attractive, efficient, and meet higher quality and safety standards. Now they are ready to conquer the world. 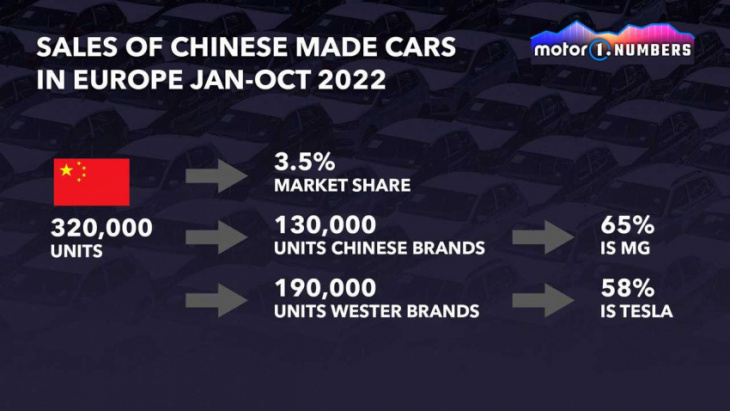 They have many elements in their favor. They can count on the strong support of the Chinese government. At the same time, the large internal market allows them to maintain production levels sufficient to reduce costs. Moreover, they are ahead of their western rivals when it comes to electrification at all levels and in every segment.

Europe In The Sights

Of the 1.1 million cars produced in China last year and sold outside the country, 355,000 units were sold in Latin America, the largest market beyond the Great Wall. Europe, in second place, accounted for 22 percent of overseas sales, followed by the Middle East, where 156,000 units were registered. Developing economies accounted for 58 percent of China’s auto exports in 2021.

However, China knows that its global dominance cannot happen without a better presence in developed markets, namely Europe, the United States, Japan, and Korea. The last two countries have rather protected markets. The United States still has geopolitical and trade problems with China. Thus, Europe becomes the next target for Chinese cars.

The arrival of more and more Chinese car offerings in Europe may please consumers, but it will become a problem for some local manufacturers. The automakers that offer fewer products and are still lagging behind in the electrification race are the most exposed to the arrival of the Chinese. 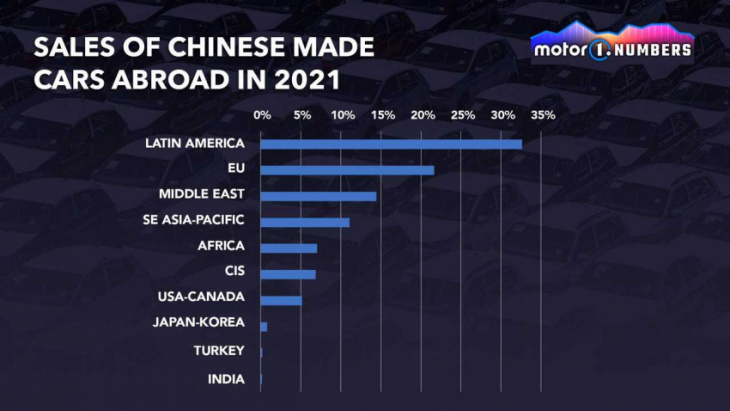 Fiat, for example, is quite vulnerable. It is heavily dependent on Italy (47 percent of car registrations took place in Italy between January and October 2022). It has a very small range of products (only 4 models, excluding the two vans). It offers only one electric car, the 500e, and one SUV, the 500X.

Ford is another potential victim. The brand is exiting the B segment, which isn’t as popular as it used to be but is still an important source of volume. The Focus is likely to remain the only car available following the Mondeo’s retirement. The Puma and Kuga are popular SUVs, but neither is fully electrified.

There are also cases to consider among Japanese brands. Mitsubishi, for example, currently has two models available in Europe and none are fully electric. The brand only sold 43,000 units in the first 10 months of this year. Even in the case of Honda, the offering is rather limited with only five models. And Honda’s only electric vehicle, the Honda e, is struggling to survive. 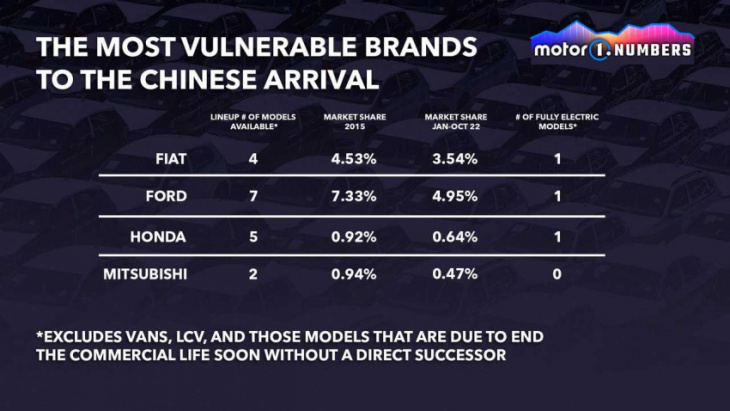 What do these brands have in common? They are all located in the mainstream segment, one of the most competitive and least profitable in Europe. They struggle to maintain their market share due to limited supply. Consequently, they should be among the first to feel the impact of the Chinese invasion.

The author of the article, Felipe Munoz, is an Automotive Industry Specialist at JATO Dynamics.

6 Reasons to Treasure the Fiat Multipla: The World’s Ugliest Car