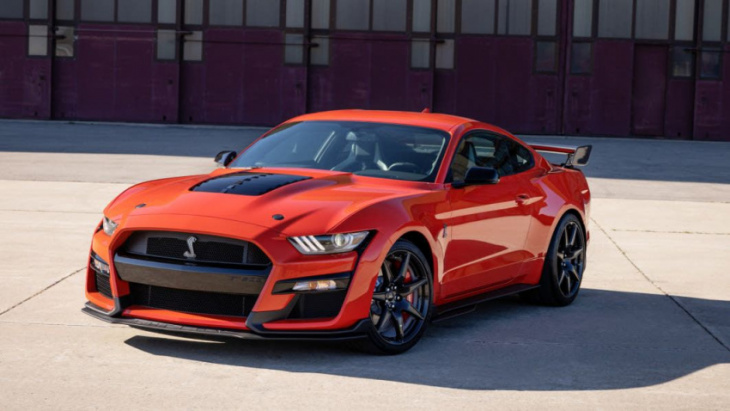 Will the Shelby GT500 be revived once again?

Ford has been getting a lot of press recently over the unveiling of their new Mustang but fans of the brand have been wondering about the performance models that will be available to the public. Sure they unveiled the gt3 and gt4, but Mustang enthusiasts have a tendency to look toward the Shelby American Automotive Company for their performance. The Gt500 with a Supercharged V8 and really aggressive styling made its high price point worth it to pretty much anyone who looks at the car for more than a couple of minutes. Take the 2022 model for example which utilizes a 5.2 L Supercharged V8 spinning the tires with 760 horsepower. So what might fans be able to expect from the new Shelby models, specifically GT500?

Well Considering the fact that Ford has announced that the 2024 Mustang GT would have the highest output of any 5.0-liter engine you could find in a Mustang, people are getting pretty excited. However it’s important to understand that most of the information out there surrounding the newer models consists of some heavy click-baiting. At this time there aren’t many set performance figures nor is there much information on what engine will go into the car. Some theorize a hybrid electric assisted V8 while others think that the car will stick to the formula that has given the new generations such a buzz in the automotive community.

For example most Ford fans were under the impression that the Mustang was going to go electric for the Next Generation. This was likely because of the awful Mustang Mach E that pretty much nobody cared for, but in a twist Ford ended up being the only company sticking true to its internal combustion engine roots. In fact this may spell trouble for its competitors like Chevy and Dodge in the near future as the weight of corporate pressure has all but crumbled those brands into the electrified squishes we see today. What we do know is that a report has stated Ford is planning to start production on a GT500 around 2026 and that the GT4 racing cars  will likely feature a 5.4-liter Coyote engine, more than enough to satisfy the competitive Spirit of the automotive community. Until then we’ll have to see but do you think Ford will keep up their promise to keep making the Mustang all about car people?