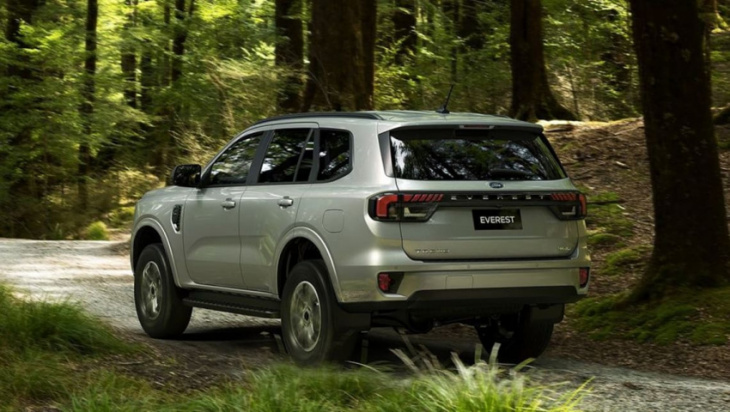 While some Ford Everest grades have a waiting list of up to a year, others can be yours in time for Christmas.

Ford has announced that it has plenty of Everest stock for immediate delivery in Australia – but only for some grades.

With demand running red-hot for the V6 diesel grades in the higher-line Sport and new Platinum flagship, Blue Oval dealers have found themselves with what appears to be an over-supply of the alternative 2.0-litre BiTurbo twin-turbo diesel-powered base Ambiente and mid-range Trend.

However, if you’re waiting for a V6-powered Everest Sport or Platinum, waiting times are currently out to a year or so, depending on specification.

According to Ford Australia product communications and motorsport manager, Benjamin Nightingale, the availability of the BiTurbo version – which has undergone significant upgrades compared to the old engine and features a completely overhauled transmission – means buyers can be in the new-generation model before Christmas.

“(Consumers should) contact their local dealer and they will possibly find a car with no wait time at all,” he said. “They should also ring around to find what stock is available (that suits them).”

With the scarcity of the hero V6 diesel as well as grades like Platinum, the Trend has already become the best-selling version of the new U704 series, as it was in the preceding U375 Everest.

“We are seeing people walking into dealers and looking at Trend, and it’s again become the volume model because it’s available,” Mr Nightingale said.

With the Everest’s availability for delivery before Christmas, Ford is hoping to snare buyers away from the bestselling Toyota Prado as well as its other segment rivals, which for the most part have all been hit hard by production constraints.

While Toyota refused to comment on its low-stock situation, it is understood that the 15-month (or more) wait times experienced in some higher grades due to the semiconductor shortage remains the same in some instances. 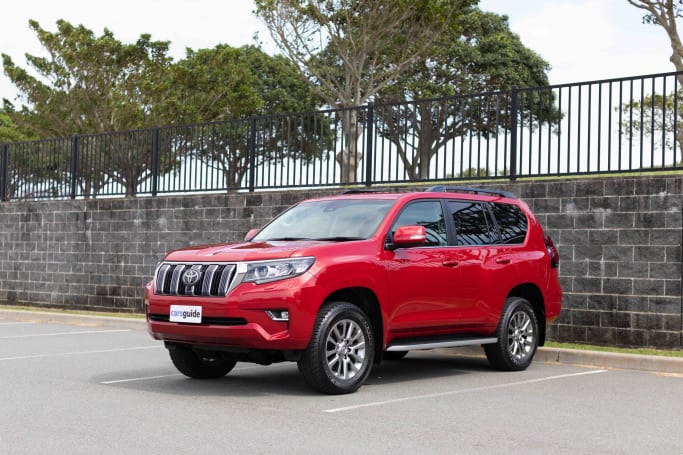 The Prado’s wait times have blown out to 15 months. (image: Dean McCartney).

Strangely, over at Isuzu, the MU-X top-line version, the LS-T 4×4 flagship, is currently on special at $65,990 drive-away, which is cheaper than its recommended-retail price of $67,400 before on-road costs. That said, we understand that an eight-month wait time (or more) still seems to apply as an average for people who have put orders in.

Whether that special price offer relates to MU-X LS-Ts built prior to the MY23 upgrade which has seen some minor specification and equipment changes isn’t known. CarsGuide has reached out to Isuzu for comment.

Over at Mitsubishi, however, it’s a more positive story for the Pajero Sport, with delivery times for the Triton-based 4×4 wagon now currently at under three months on average.

The popularity of the Large SUV >$70K class this year has shown no signs of abating, running at nearly six per cent above 2021 levels despite the continuing production hiccups and resulting stock shortages. 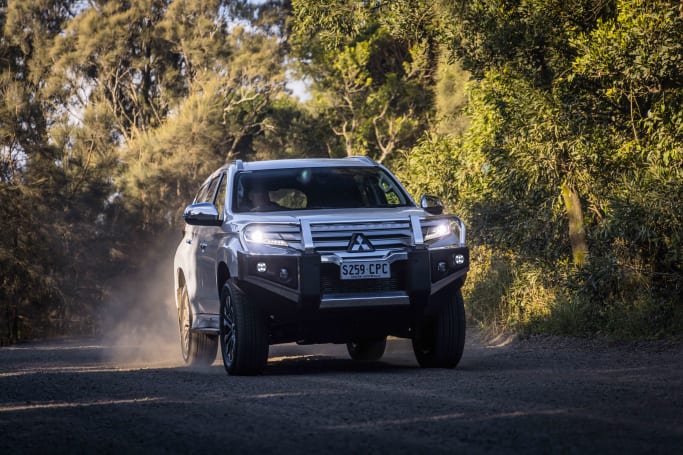 As always, the evergreen J150 Prado (now entering its 14th year on sale in Australia in its current generation) is king, leading the segment by a massive margin with 20,132 sales for an 18.1 per cent market share year-to-date.

It is closely followed by the unrelated, car-based Toyota Kluger from the United States, with 11,786 sales for a 10.6 per cent piece of the pie. That’s up a sizeable 36.2 per cent over last year, when it underwent a complete redesign (and gained the highly-desirable hybrid powertrain).

Coming in at third on the sales podium for the first 11 months of this year is the MU-X, having just cracked five figures at 10,043 registrations for a 9.0 per cent share (up 2.1 per cent year-to-date), just ahead of the rejuvenated Everest that’s closing in with 9388 units for an 8.4 per cent share (up 21.5 per cent).

Seeing out the top five is the Subaru Outback (like the Kluger and MU-X, also completely redesigned for the 2021 model year), recording 8937 sales for an 8.0 per cent share, while the ageing Pajero Sport (released back in 2015) secured the sixth spot with 8194 units for a 7.4 per cent share. That’s an impressive 21.4 per cent jump over the same period last year.

Should big screens be banned from cars?| Opinion