A multi-layered judicial system is a big challenge for consumers in terms of time, money and efforts required to fight court cases 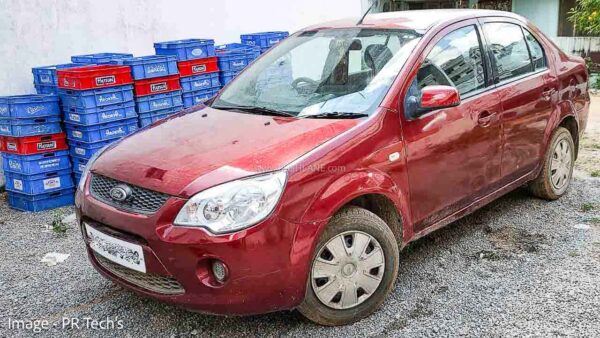 In a development that may work as an eye-opener for advertising & marketing teams, a consumer court in Kerala has found Ford India and a Ford dealership responsible for printing misleading information in one their product brochures. The complainant owns a Ford Classic (diesel variant) and had noted that the mileage of the car was significantly below what was written in the product brochure.

According to the complainant, the advertised mileage of the car was 32 kmpl. But real-world mileage was significantly less. A court appointed expert commissioner found that the real fuel efficiency was around 19.6 kmpl. This is around 40% less than the promised mileage.

Finding the defendants at fault, the consumer court awarded a total of Rs 3.10 lakh to the complainant. It includes Rs 1.50 lakh for financial loss, Rs 1.50 lakh for distress and mental agony and Rs 10,000 for legal expenses. An interest of 9% will be applicable from the time the complaint was filed to the day of actual payment. The court concluded that exaggerating mileage beyond reasonable limits is essentially unfair trade practices.

In its order, the court elaborated that a buyer is most likely to go through brochures and advertisements of multiple products before finalizing their decision. As such, information provided in advertisements and brochures have a direct bearing on the final choice of vehicle. The court order was passed by a bench of President CT Sabu and members Sreeja S and R. Ram Mohan. The complainant’s case was represented by advocate A D Benny.

Defendant’s arguments in the case

On their part, the defendants did not dispute the findings of the expert commissioner. The mileage test was conducted by an associate professor. He is a Ph.D, working in mechanical engineering department of a government engineering college. The test was conducted in presence of all stakeholders, which eliminated any possibility of personal bias.

However, the defendants argued that the 32 kmpl mileage printed in the brochure was based on an independent test. It was conducted by another third-party agency named Auto Car Cross Country Drive. The court responded by saying that the numbers are printed on the manufacturer’s brochure. It essentially means that it is being endorsed by the company. As such, it cannot avoid any resulting liability.

Another argument put forth by the defendants was that the mileage mentioned in the brochure was based on ‘standard conditions’. It was pointed out that the expert commissioner’s test was not conducted in the same set of ‘standard conditions’. This argument was also rejected by the court. It said that testing the car on a national highway and maintaining a constant speed of 55-60 kmph seems fair enough. The court said that the 40% gap between promised and real mileage is too big to be justified.

While the complainant has won here, it is possible that the decision may be challenged in higher courts. This is where things become a lot more challenging for an average consumer. It is just too much effort to follow up on such cases. Even the current case was filed way back in 2015, which demonstrates how slow-moving the judicial system can be in the country.