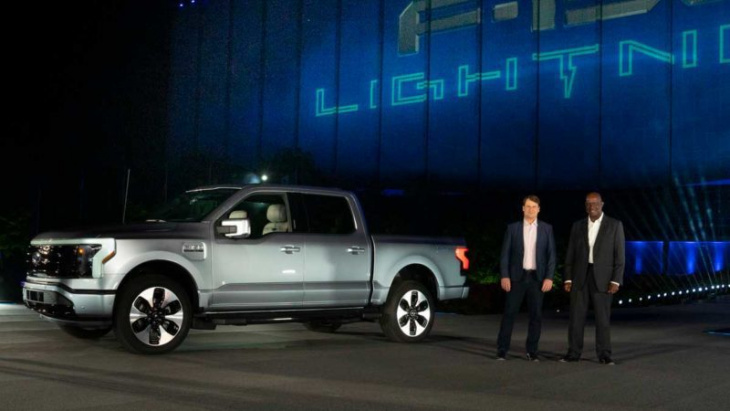 Ford CEO Jim Farley has some good news for fans of the electric F-150 Lightning ute/pickup, particularly those looking for speed, tweeting this week that the car’s 0-60mph acceleration is now under 4 seconds.

When Ford first unveiled the F-150 Lightning in May, 2021, the company promised that the ute would have the fastest acceleration of any F-150 ever, with 0-60mph in around 4.5 seconds.

In a Monday tweet, Farley revealed that the F-150 Lightning with Extended Range Battery option can now do much better than that – and accelerate from 0-60mph I under 4 seconds.

That this is not the first time Ford have underpromised and overdelivered is of similarly little surprise.

When first unveiled, Ford promised a driving range of 370km for the base level F-150 Lightning, and 480km for the extended range option. However, earlier this year, Ford published its final EPA-estimated range for the various Lightning variants, with some variants offering greater than expected top range.

For example, the fleet-only extended range Lightning Pro was rated as offering a range of 515km.

Ford also announced this year that the F-150 Lightning would arrive with more horsepower and higher payload capacity than originally promised.