Just as if nothing happened. Wow. 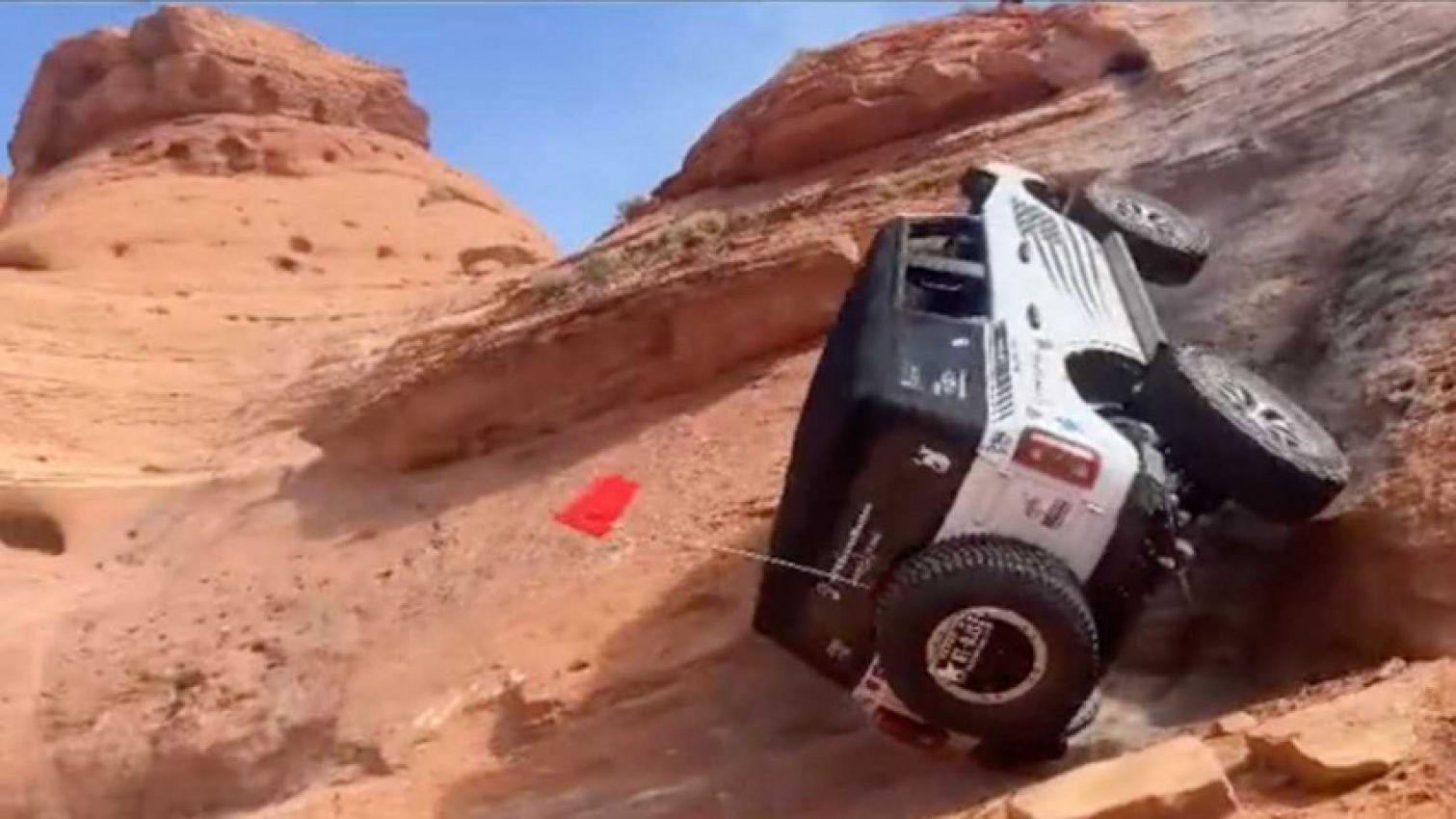 The Ford Bronco was born to conquer the gruesome trails of Moab, Utah. Right after its launch, the Bronc was seen climbing rock walls, going almost vertical and owning the Hell’s Revenge trail like it was meant to. Even the Escape-based Bronco Sport joined in on the fun with some rock-crawling excursions by itself.

That’s why when we saw this Moab video by Bronc Buster Texas on TikTok, we weren’t all too worried. After all, this wasn’t the first time, so we expected the white Bronco to just climb the obstacle with ease… but it didn’t.

As you can see in the video, the white Bronco seems to have lost its power while trying to finish the climb. It then slowly rolled down the slope and lay on its side as it reached the bottom. By the looks of it, the off-roader should have suffered extensive damages from the incident.

Fortunately, the TikTok user uploaded another video that showed the aftermath. It wasn’t all too bad, actually. Apart from the minor scratches on the body and a banged-up left side mirror, the only issue was the differential fluids that leaked when the SUV went sideways. Quite normal but generally not that serious.

Tyler, which is half of the Bronc Buster couple, also explained what happened. Apparently, the engine died at the top, which was why he couldn’t do anything about it as he rolled down the steep hill.

Nevertheless, we’re pretty sure this guy just stood up and dusted off as if nothing happened. In fact, you can see the very same Bronco still conquering trails right after the incident – in a response to haters commenting on his initial video.

Keyword: Ford Bronco Doesn't Look Too Worse For Wear After Rolling At Moab