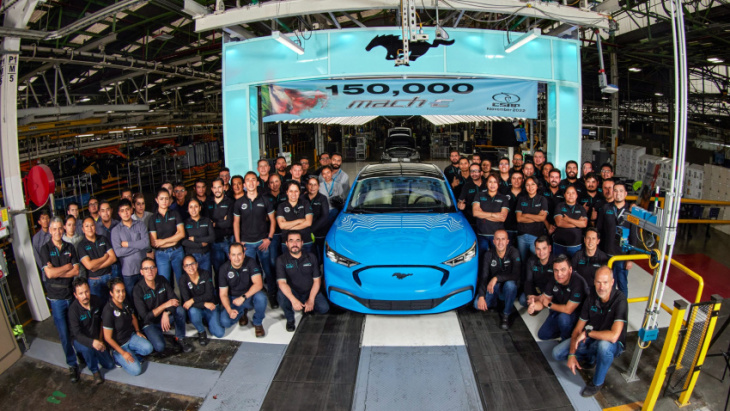 The automaker said that its share of the EV segment was 7.4% through November, which is up by 5.7% from the same time in 2021. From January through November, Ford reported sales of 53,752 all-electric vehicles in the U.S.

Ford’s beating out Hyundai follows the South Korean automaker’s loss of incentives that gave its customers EV tax credits of up to $7,500 under President Biden’s Inflation Reduction Act (IRA). The IRA took effect in August and prioritizes American-made EVs such as Ford’s.

The automaker also crossed a milestone of producing its 150,000th all-electric Mustang Mach-E.

“Congratulations to our team on building the 150,000th #MustangMach!,” Farley tweeted, adding that he was excited to hit the milestones as the automaker scales its global EV production. He also announced that Ford will make the Mach-E available in all 37 countries.

Tesla CEO Elon Musk has shown support of the rival automaker and congratulated Farley on that achievement. Farley thanked him and added that there’s “lots of work ahead.”

Keyword: Ford achieves CEO Jim Farley’s goal of being No. 2 in EVs