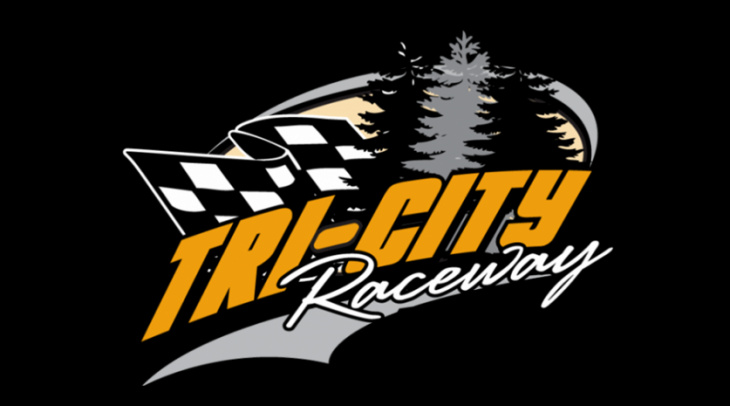 FRANKLIN, Pa. — A.J. Flick took the lead on lap 29 of 30 in the first-ever challenge between the FAST 410 Sprint Series and the Shawgo Real Estate LLC 410 Sprint Cars.

That pass gave Flick enough breathing room to clinch the track championship over Jack Sodeman, Jr. despite the fact that Flick passed up on one race at Tri-City Raceway Park to compete in Central Pennsylvania.

Sean Rayhall had the pole for the 410 Sprint Car 30-lapper run under the twin banners of the FAST 410 Series (formerly the Fremont Attica Sprint Tour) and the Shawgo Real Estate LLC Sprint Cars.

Brandon Matus and Flick entered turn one with the advantage, but a tangle involving Brent Matus and Nate Dussel slowed the pace and necessitated a restart. Brent Matus was able to push back off, but Dussel broke a front axle and was done for the evening.

On the second try, Brandon Matus surged ahead at the drop of the green, but Rayhall drove through the middle of the track to come off turn two with a slight lead. Taking third was Flick, ahead of Brandon Spithaler.

Flick swept past Matus on lap two but Rayhall was off and running. Rayhall maintained a comfortable lead throughout most of the race as Flick went into conservation mode.

“I expected the top to get very far up and the bottom to come in, but I was too tight to run down there,” Flick said. “In the middle of the race, I saved my tires and started to play with the wing. I would put it down when I came up on a lapped car and then I would slide it back again.”

Flick added that Tri-City was one of the places that he struggled early in his career, but now he is very comfortable here.

“We’ll do all that we can to support this place.”

Flick thanked track owner Merle Black and the race fans for providing a great venue for Sunday racing, He anticipates racing next Sunday if all goes well in the big holiday events being staged elsewhere in the region.

In the second half of the race, Flick began to cut into Rayhall’s lead. The critical moment came late in the contest when Rayhall slid over the cushion in turns three and four, allowing Flick to scoot by to be scored as the leader on lap twenty-nine.

Rayhall gathered things up to keep second, ahead of Spithaler. Jeremy Weaver registered a solid fourth. Brandon Matus crossed in fifth. The next six finishers were Ricky Peterson, Logan McCandless, Carl Bowser, Lee Jacobs, and Bob Felmlee. Jack Sodeman, Jr. was eleventh, which was not good enough to preserve his points lead.

In the track championships, Kevin Hoffman topped the Donovan & Bauer Auto Group 358 Modifieds, which had the night off due to the appearance of the Allegheny Sprint Tour 305 Sprint Car Series.

Teenager Tyler Wyant prevailed in the Hovis Auto & Truck Supply Pro Stocks by 14 points over Pat Fielding. The crown in the 4 Your Car Connection Mini Stocks went to Levi Maskal, who was red hot at the start of the season.