The electric SUV is on its way into production later this fall, with final testing ongoing. 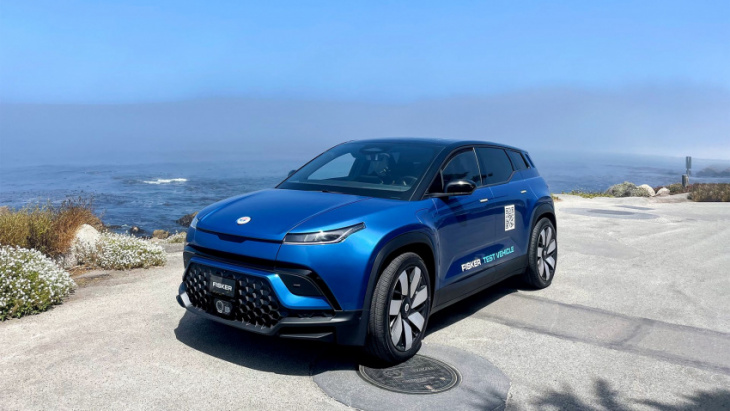 Fisker hasn’t even started series production of the Ocean electric SUV, but it’s already considering boosting the planned output in 2024 up from 50,000 units per year, as a result of strong interest from EV buyers.

The Ocean is due to enter production later this quarter in Austria, where it will be built under contract by Magna Steyr, with the first 5000 units of the limited Ocean One having sold out long ago, in addition to having 58,000 reservations for the two-row electric sport utility. Moreover, the company says that potential binding orders for the mid-level Fisker Ocean Ultra and the Ocean Sport base model have also sold out for the 2023 model year.

“The enthusiasm we’re seeing worldwide for the Fisker Ocean is nothing short of humbling. With our partners at Magna, test vehicles are rolling off the line at the carbon-neutral manufacturing plant in Graz, where we are working diligently on expanding production numbers beyond the current projection of 50,000 units per year,” said CEO and Chairman Henrik Fisker.

Earlier this month the EV maker reported completing the first 55 prototypes for validation and testing in Michigan, with more prototypes on the way ahead of the start of production this fall.

The SUV will offer a range of up to 350 miles in the top Ocean Extreme trim, in addition to a dual-motor, all-wheel-drive layout, and a 17.1-inch screen. The top trim will land just under the $70,000 mark, prior to any incentives, but the base trim will be less pricey, starting at $37,499. 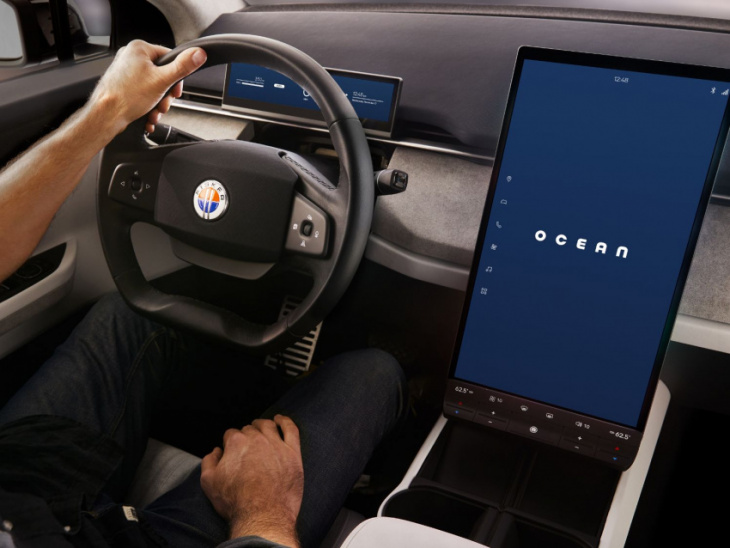 The Ocean will enter production in Graz, Austria, later this fall.

It’s worth noting that Magna will start building the Ocean just as energy costs in Europe are expected to spike even further, due to cutbacks in the export of natural gas, with some industry watchers predicting a bleak winter for Europe’s manufacturing sector. Fisker and Magna are also facing other industry-wide pressures at the moment, including the ongoing chip crisis. As such, it may indeed be a feat if Fisker manages to get through the first six months of production without price hikes.

“We are also exploring expanding operations to meet this growing demand, including considering manufacturing in the United States,” Fisker added. “And with our disciplined spending, strong cash position, extraordinary operational flexibility, strong relationships with our suppliers, and a diversified, high line-of-sight potential revenue stream for the first year, we’re full speed ahead on all fronts.”

That US production could take place in Ohio, where Fisker and Foxconn are planning to build the automaker’s next model, which will be the budget-minded Fisker Pear. The arrival of new federal EV tax incentives that reward US-produced components would certainly be a motivating factor for Ocean buyers down the road, as for the moment Fisker is in the same boat as German EV manufacturers that don’t build EVs stateside. The federal tax incentives are perhaps a more pressing factor for the planned Pear EV, which will be priced far below the Ocean.

Fisker says the base Ocean Sport and mid-level Ocean Ultra models are sold out in the US, claims to have over 58,000 reservations.

The electric car startup Fisker has announced that it is considering increasing production at contract manufacturer Magna in Graz beyond the previously planned 50,000 units per year from 2024 due to the high level of interest in its Ocean electric SUV. In addition, Fisker is looking into producing the ...


View more: Fisker looks to expand production of the ‘Ocean’

Image: Fisker American EV maker Fisker is preparing to shift its attention between the long-awaited Ocean SUV and the promised Pear city car, which company boss Henrik Fisker says will sit between segments and will look like “a futuristic little space shuttle”. In a rambling discussion with Autocar published ...

In May 2022, Fisker released a teaser offering a glimpse of a new electric truck alongside future models like the Fisker Ronin and Fisker PEAR. It is likely the updated Fisker Alaska that is developed for the lifestyle segment. In the teaser, the Fisker electric truck has forward-slanted C-pillars, sport ...

Fisker has made no secret of its hopes in becoming a massive player in the world of electric vehicles, with the latest from the company revealing plans for a new PEAR small SUV to go into mass production next year. Before we get into the PEAR, let’s do some catching ...


View more: If you want an EV, buy now – Rivian, Fisker and others rush to lock in EV tax credits before changes

Under the new tax credit, the Ocean EV will likely be ineligible, but Fisker has a plan to try to help customers.

Could this be Australia's next cool, affordable electric car? Tesla Model 3, Polestar 2, Volkswagen ID.3 all on notice as Fisker Pear details emerge

Fisker's $30,000 PEAR Electric SUV Will Be Built in Ohio With Foxconn

Fisker Pear Shown In Most Revealing Teaser Released So Far

Turns Out Fisker Ronin Is Actually A Four-Door Convertible, Not A Sedan

Henrik Fisker Has Big Plans, With Lots of New Vehicles