The British sports car manufacturer is not yet ready to commit to making a full-blown electric supercar. 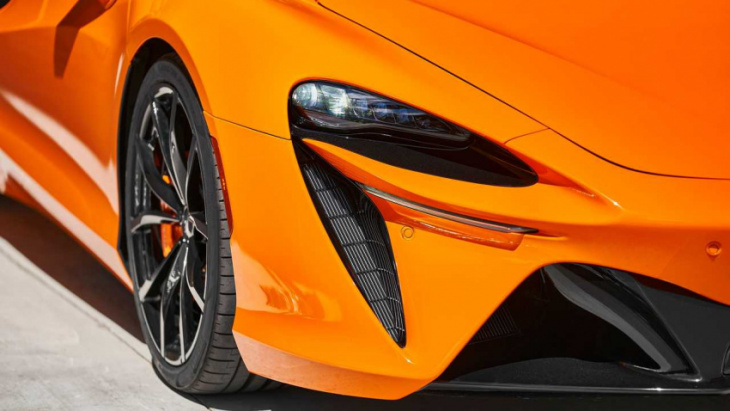 Even though McLaren was one of the first dedicated sports car and supercar makers to embrace electrification, when it created the P1 to rival the Ferrari LaFerrari and Porsche 918 plug-in hybrids, it looks like its first electric car won’t follow the mid-engined two-seater formula. According to a new report, the Woking-based manufacturer will instead try to produce a Porsche Taycan rival as its first EV, as well as a related SUV.

AutoExpress quotes McLaren’s new CEO Michael Leiters, appointed in April of this year after having previously served as Ferrari Chief Technology Officer for over eight years. Leiters doesn’t directly say what kinds of EVs McLaren intends to make, but it can be inferred from his statement that he is talking about a vehicle that could seat more than two people.

He also uses the words ‘utility’ and ‘lifestyle’ to refer to the types of vehicles being considered, suggesting that practicality and day to day usability would be important, noting that

The technology is much more mature [and allows us to] customise it to have a more lifestyle, a more utility purpose.

Words like ‘utility’ or ‘lifestyle’, you’ll obviously leap to certain conclusions. I think the key measure for McLaren is potentially something with the ability to share with more occupants in the car. Not necessarily higher-riding, but it could be.

The vehicle won’t cost less than £200,000 (equivalent to about $236,000) this being deemed the minimum entry point for McLaren ownership regardless of body style. And even with a sedan and SUV in its lineup, McLaren wants to remain focused on profit over sales volume.

McLaren will also need a technology partner in order to build EVs, since it has not developed its own electric powertrain. For its latest electrified model, the Artura plug-in hybrid, it enlisted the help of BMW, and the two companies could expand their collaboration to include completely electric powertrains too – apparently BMW is open to the idea.

We also covered another report in October that also came from a UK-based automotive outlet and also quoted the new McLaren CEO. It stated that a high-riding McLaren EV was already in the works, but nothing was officially confirmed by the top exec.

Introduction The world caught its first glimpse of the new 992-gen Porsche 911 GT3 Cup car back in December 2020, at about the same time that we were treated to a teaser of the yet-to-be-released production road car. Ironically, more details were revealed about the race car than the road ...

The new Porsche Taycan Cross Turismo is an off-road version of the famous Porsche Taycan, about 20mm more ground clearance and fender flares to protect the paint, because this all-electric supercar feels just as home on the gravel as she does on the German Autobahn, this is a cruiser ...

Introduction Hello again! For those of you who have been following “T’s Corner” closely, you would have become quite familiar with my adventures in a 2020 Porsche Taycan 4S. It has now been about 6 months since I first took possession of the vehicle. Along the way I have shared ...

Introduction With the introduction of the new Cross Turismo range of Porsche Taycan models, we’re now entering the second act of the company’s electrification strategy. The Porsche Taycan Cross Turismo carries over the EV-platform and performance from its sedan counterpart, then amalgamates them with the utilitarianism of a sporty crossover ...

Porsche has confirmed under no uncertain terms that there will be a 718 Cayman GT4 RS model. This comes after many months of testing camouflaged mule cars (with accompanied spy shots) which had long hinted that the GT4 RS was going to be a real thing – we finally know ...