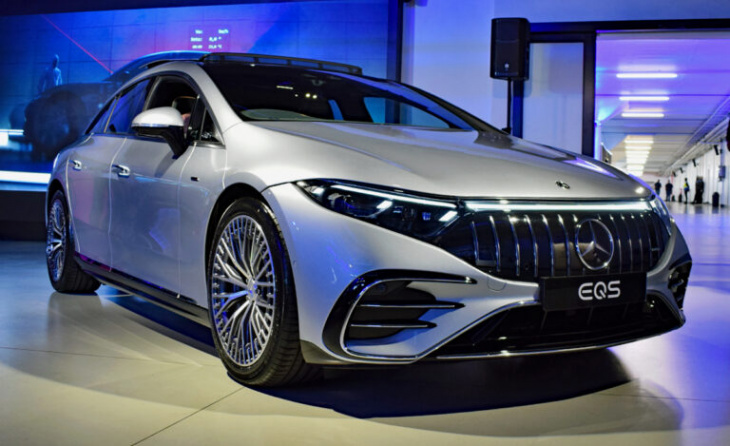 Mercedes-Benz South Africa after much anticipation has introduced its first EQ electric vehicles (EV) in South Africa, the EQA, EQB, and EQC.

At the launch of these vehicles, we also got a few minutes of hands-on action with the upcoming flagship, the EQS Sedan.

The sedan is fresh off the boat and must still complete its homologation procedures before being launched to the public, meaning we unfortunately were not allowed to drive it.

The ultra-premium EV will hit dealer showrooms before the end of the year at a starting price of R2,615,100 for the base EQS 450+, going up to R3,410,000 for the only AMG-badged electric Mercedes currently on the market, the EQS 53.

The new Mercedes-Benz EQS Sedan is the slipperiest car on the market right now, boasting the lowest drag coefficient of any automobile out there at 0.2Cd, said Mercedes.

At the same time it’s incredibly powerful as well as luxurious, besting its petrol-powered sibling, the S-Class, in most areas, something few other vehicles can do.

The EQS is the first EV to sit on Mercedes-Benz’s EVA2 platform which is reserved for larger battery-powered saloons and SUVs.

As such, it measures longer and higher than the S-Class, while still boasting better maneuverability thanks to standard rear-wheel steering of between four and nine degrees, depending on the model.

Bolted to this next-generation platform is then a 107.8kWh battery powering one motor in the 450+ and two motors in the 53, making this aerodynamic AMG model the current “sprint champion,” said the manufacturer.

While the AMG certainly isn’t the fastest EV on the South African market, the 450+ with its large battery and slick body is the EV with the highest driving range, rated for a maximum of 782km.

Both these luxurious four-doors are rather light on their feet, too, sprinting to 100km/h in 6.2 and 3.8 seconds, respectively, whilst weighing in at no less than 2.5 tonnes.

They also boast quicker-than-average charging times by supporting a substantial 200kW DC incoming current, allowing each EQS to charge from 10-80% in under 40 minutes. 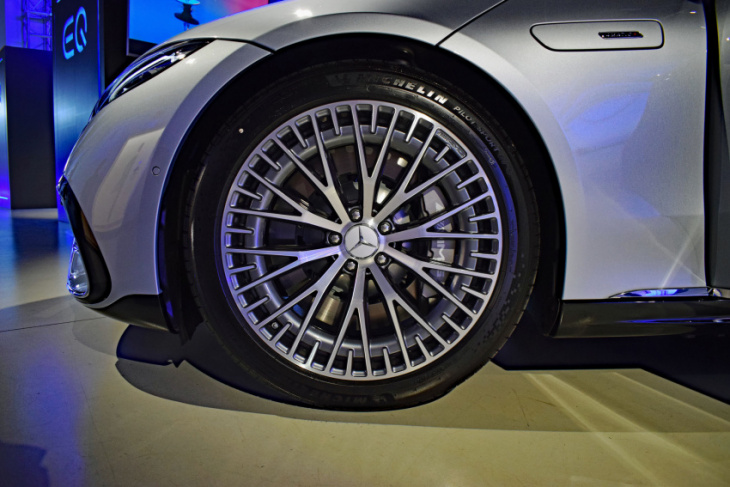 The EQS takes the torch from the S-Class to now be the most luxurious vehicle built by Mercedes-Benz.

This system houses a driver’s cluster, sizeable infotainment display, and passenger screen – and one of its innovative features is “zero-layer technology” which guarantees that all the most critical vehicle functions are always within the driver’s sight and easily in reach, said the manufacturer.

The Hyperscreen will be equipped as standard to the range-topping AMG in our market, whereas the 450+ will have it as an option.

As expected, it further comes with premium technologies across the range including intelligent door handles with white backlighting, front-seat heating, multi-colour ambient lighting, and memory settings for the seats, steering wheel, and mirrors.

Optionally, buyers will also get the opportunity to equip an all-new heads-up display with augmented reality navigation, a rear-seat entertainment system, and a smart interior assistant that senses the movements of the passengers in the front seats and acts pre-emptively based on what they are doing.

This means the new EQS can do things like open its panoramic roof or toggle reading lights, all without the occupants physically having to touch any buttons. 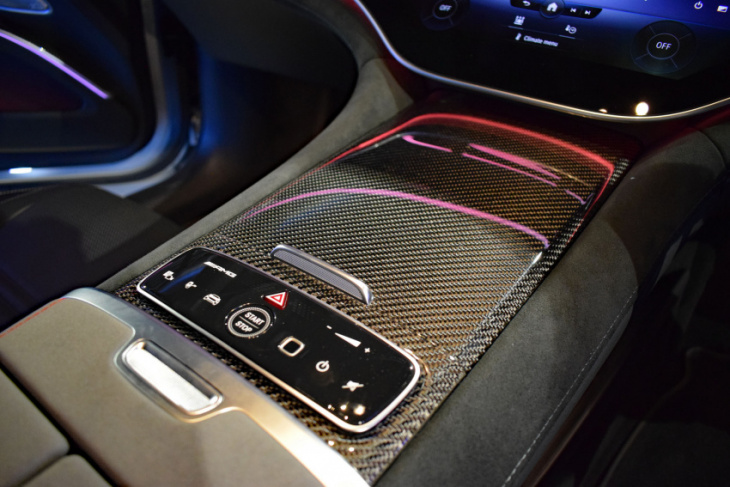 Mercedes-Benz has crafted a tailor-made strategy for its South African EV introduction focused on attracting local consumers by meeting their unique demands, which is unlike those of EV buyers in regions such as Europe.

The automaker said now is the perfect time to launch these vehicles in the market as we are on the brink of an “EV revolution” – which is being assisted by the rapid shift to renewable energy generation at home mainly through the use of solar power.

As such, Mercedes will add to its EQ line-up the EQE Sedan before the end of 2022, and 2023 will see the debut of the EQE and EQS SUVs. 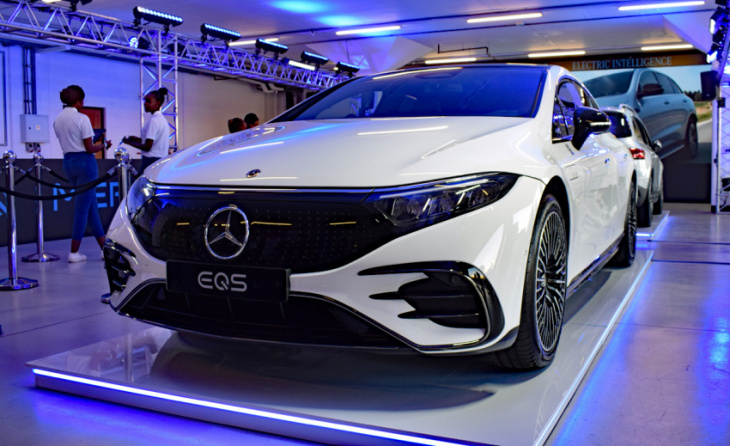 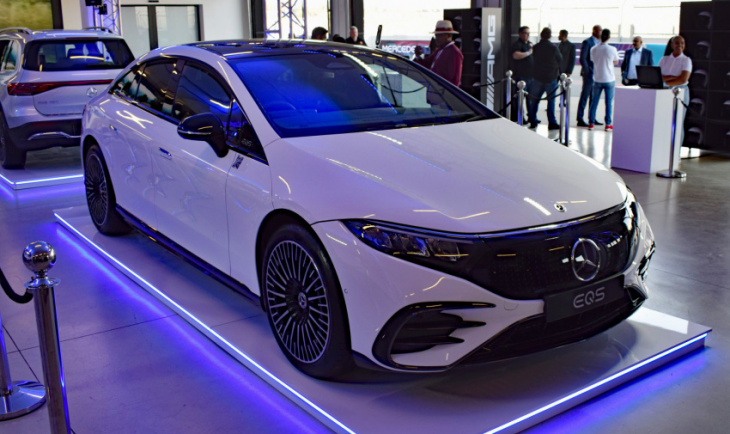 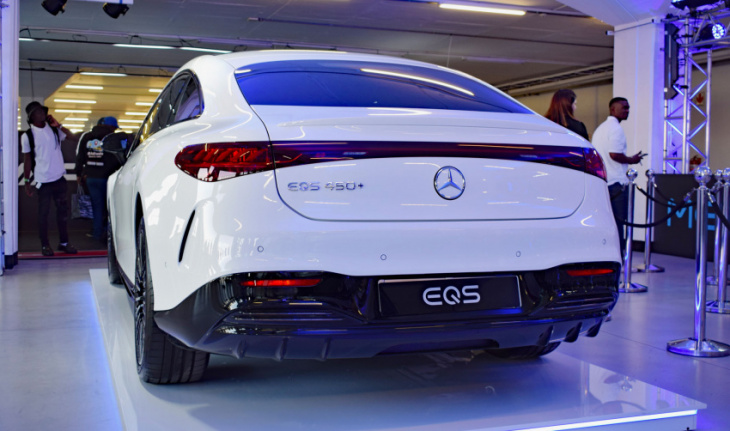 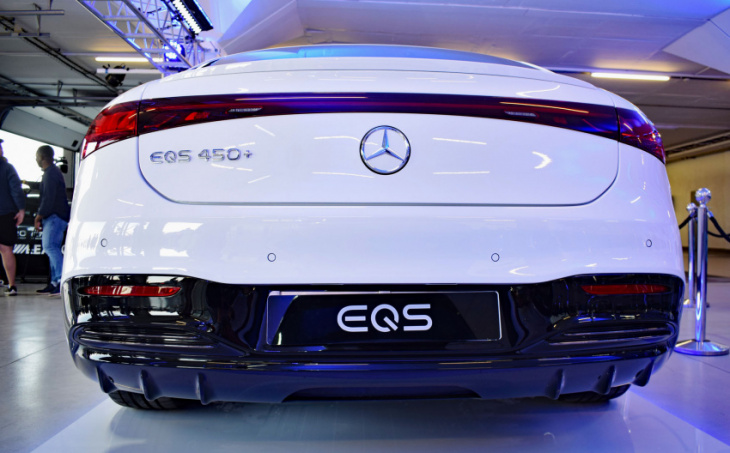 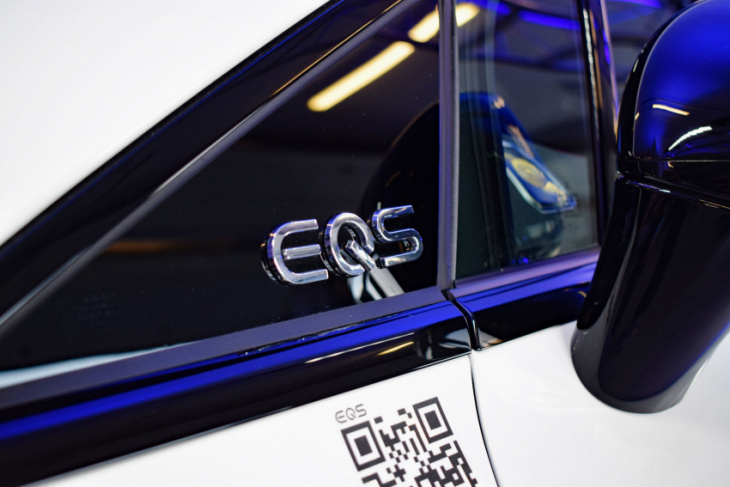 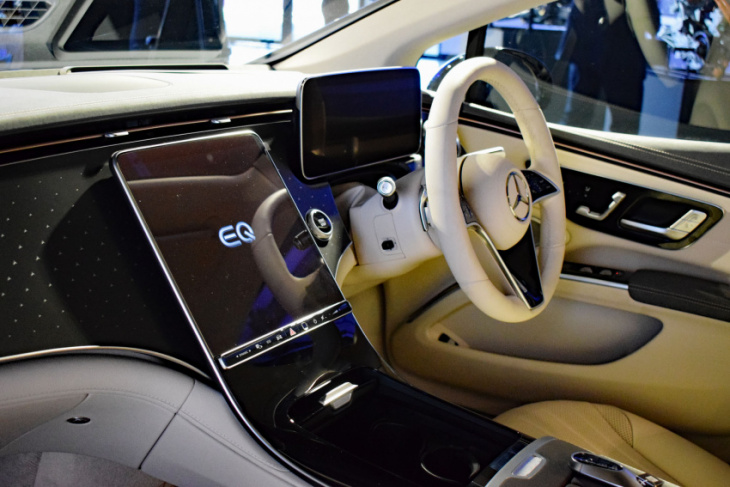 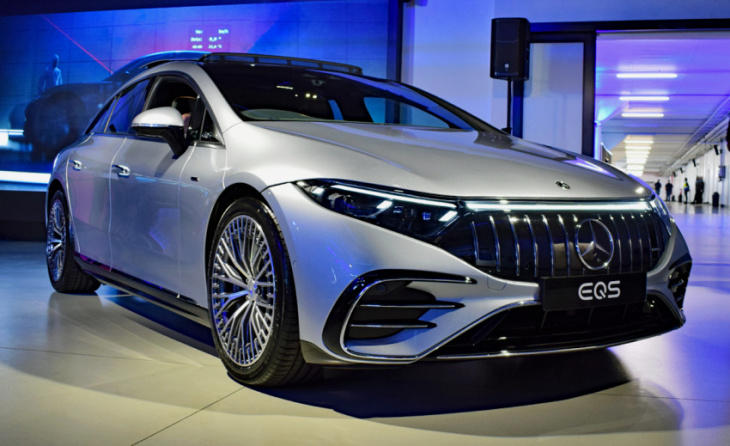 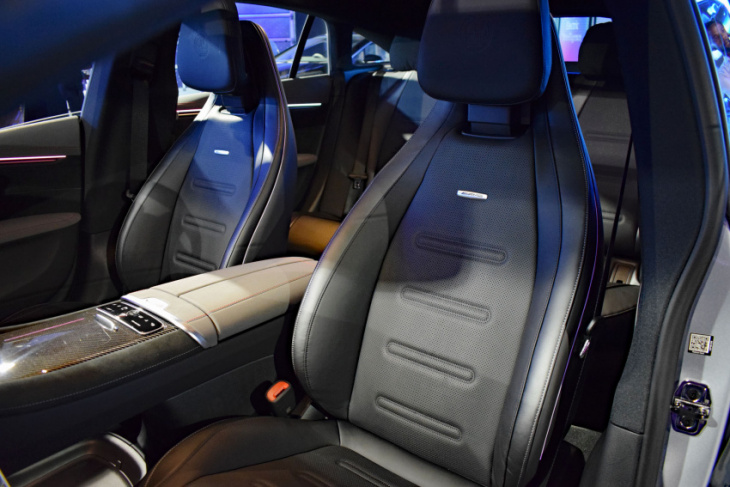 Auto Nation Group (ANG), the official importer and distributor of Mercedes-Benz vehicles in the Philippines, brings a new variant in the E-Class family: the E-Class Avantgarde. Launched last February 2022 as the AMG Line variant, the new E-Class makes a clear statement for greater dynamism from its elongated hood ...