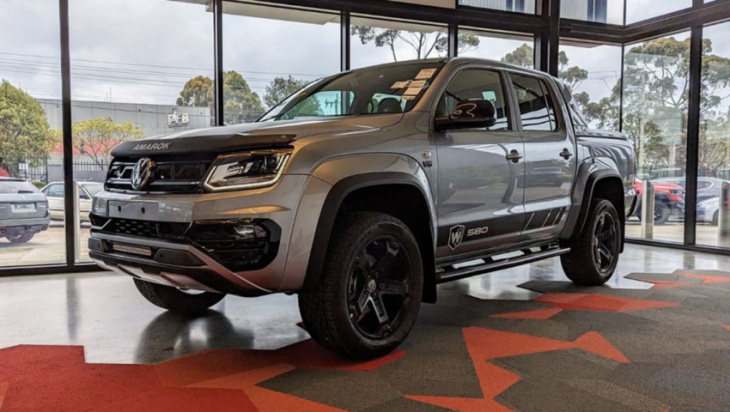 Volkswagen’s first-generation final form will be with the Walkinshaw-tuned W580SE.

Volkswagen will send off its first-generation Amarok ute with the Walkinshaw-tuned W580SE as the next-gen Ford Ranger-related pick-up is still months away from Australian showrooms.

Priced at a Ford Ranger Raptor-rivalling $86,990 before on-road costs, the Amarok W580SE is aimed at a different ute buyer thanks to its more upmarket appointments designed to make the pick-up more comfortable in daily use.

Key amongst its equipment additions is the use of Nappa leather for the seats and Walkinshaw-branded headrests, as well as a spray in tub liner.

Of course, the top-dog Amarok will be powered by the flagship 3.0-litre turbo-diesel V6 engine as seen on all other Walkinshaw-fettled utes, punching out 190kW/580Nm to all four wheels via an eight-speed automatic transmission.

Volkswagen and Walkinshaw first revealed their union in October 2020 with the original W580, and was tweaked with a higher ride height, new wheels and tyres, and bespoke styling upgrades.

Then came the W580S with a sailplane spoiler, and then the W580X with all-terrain tyres, beefed-up underbody protection, rock sliders and a front LED bar. 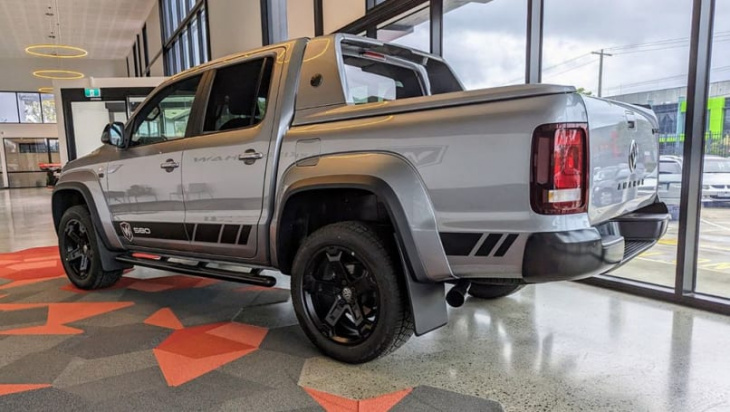 In addition to the 25 pilot build units, production numbers for the Walkinshaw Amarok will notch 2600 units.

“This is testimony to both the fundamentals of this first-generation Amarok, which have helped influence and shape the incoming second-generation model, and the great design and engineering of Walkinshaw,” he said. 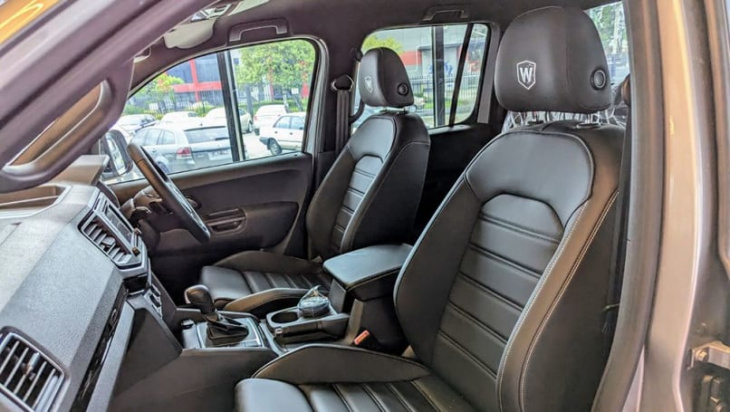 “Having taken what makes this Amarok great and moved it to the next level with the imminent all-new second-generation Amarok, we are enthused to begin talks on what’s next for Volkswagen and Walkinshaw.”

Meanwhile, Walkinshaw Automotive Group director Ryan Walkinshaw said to expect more to come from the partnership as the Amarok enters its second generation from April 2023.

“The numbers speak for themselves, but it’s also been really pleasing to be able to support local manufacturing and suppliers in the process – all while taking a great platform that is the Amarok to the next level,” he said.

“We are looking forward to working closely once again with Volkswagen to see what the future may hold with their second-generation.”

We decided to get a second opinion on this, and took the car to an independent garage. After examination, nothing looked to be out of order, something later confirmed by the mechanic. BHPian GForceEnjoyer recently shared this with other enthusiasts. So, this was a somewhat confusing situation overall. The ...