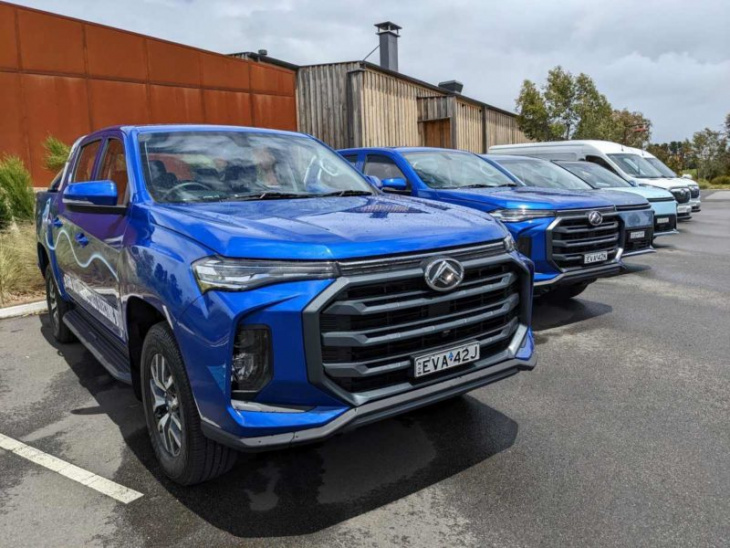 Last week, I got a chance to drive Australia’s first electric ute – the newly released eT60 – brought to the country by the Chinese brand LDK.

In my past life, I drove a diesel Ford Ranger dual-cab ute for four years for work. So that’s what this eT60 comparison will be based on.

And, like my recent shift to an electric passenger car, a Tesla Model 3, the LDV eT60 test drive in the NSW Southern Highlands was quite an eye-opener. Who knew that utes could ever be this quiet?

Last year, 1 in every 10 new vehicles sold in Australia was a ute from 2 models. It was either a Toyota Hilux or a Ford Ranger. Together, they sold more than 103,000 utes.

The missing ingredient in this massive market has been electric utes. There have been a few individuals through conversions – some of them for mining companies that want to take their utes underground, where diesel is even more dangerous – and this is the first production model to make it to these shores.

LDV, it should be noted, is not new to Australia. It already has a range of fossil fuel ute and commercial vehicle options in this country, and a reasonably extensive network of more than 90 dealers around the country. 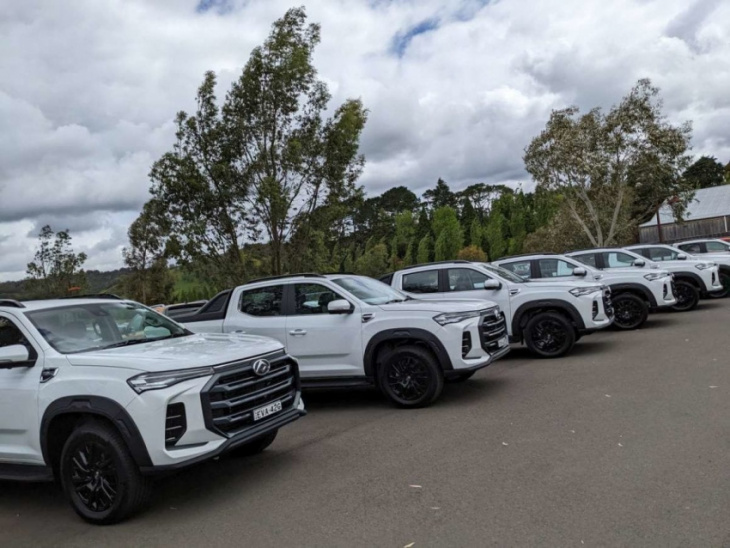 The LDV eT60 drive was quite an eye-opener. As many of us know that one of the main advantages of an EV is the lack of sound from a combustion engine. I knew this to be the case, but it still took me some time to get used to the fact that this ute was so quiet.

The interior felt quite comfortable with seats all electronically adjustable. You’d think that was pretty standard in EVs in 2022, but it’s not the case – even in a particular Mercedes-Benz EV we also recently test-drove. That one was very manual. 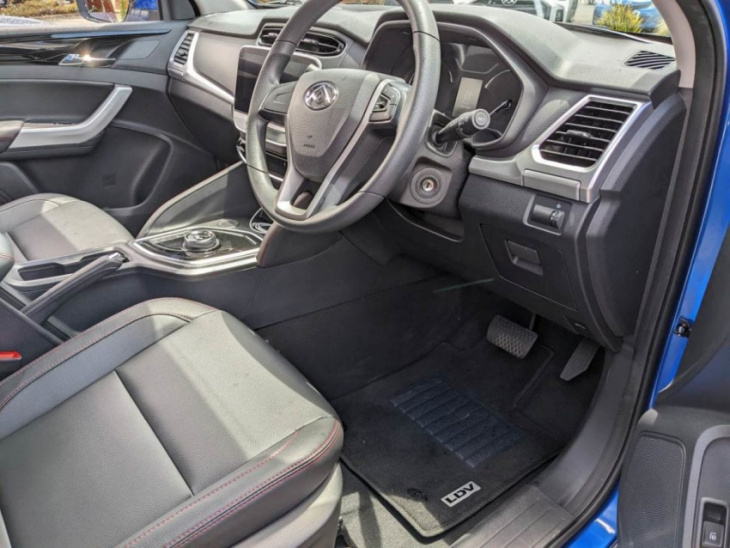 The eT60 steering wheel is made of good materials and the whole ute system felt a lot closer to what many customers will be moving up from, even including a key – rather than a button common to EVs – to switch the ute on. When you do turn the key, you don’t hear the diesel engine, or feel any vibrations while its “idling”.

The eT60 has 130kW of power and 310Nm of torque, and it is able to zip up to speed fairly quickly without any black smoke from the Diesel Particulate Filters (DPF) found in many new utes on the road today.

Driving through the hills of Southern Highlands was quite an experience, with the torque pulling you out of most bends and corners with ease.  On sharper bends, it didn’t feel like you were driving a large dual-cab ute that’s over 5.3 metres long. I certainly used to feel that with the Ford Ranger back in the day.

The suspension on the ute is a bit stiffer than I expected. It felt closer to a sports car and many bumps were felt on the roads marked with potholes after recent heavy rain. It might have been due to the suspension setup in the pre-production ute that I was driving.

All in all, however, it certainly wasn’t uncomfortable like the Ford Ranger that I lived with a few years ago. 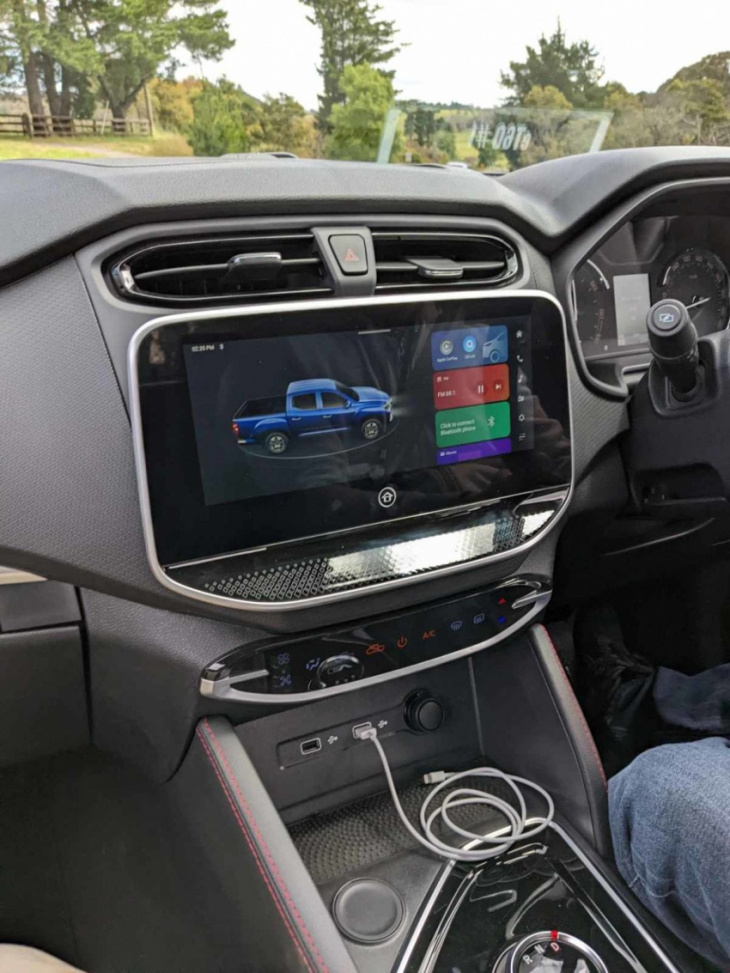 The interior also offers the comforts you’d expect and the infotainment unit, with a 10.25” screen can be used to have your apps mirror onto the screen. It’s particularly helpful for navigation and listening to music with Spotify. There are also plenty of USB ports around the cabin to charge phones or other devices.

The eT60 has a 88.55 kWh battery, which delivers range of around 330km, about half of that if towing a one tonne load, but it can tow.

It can be charged from 20% – 80% using a DC fast charger in 45 minutes. This could be over a lunch break if you happen to be near a servo with a fast charger there or at the home base using AC charging over-night. 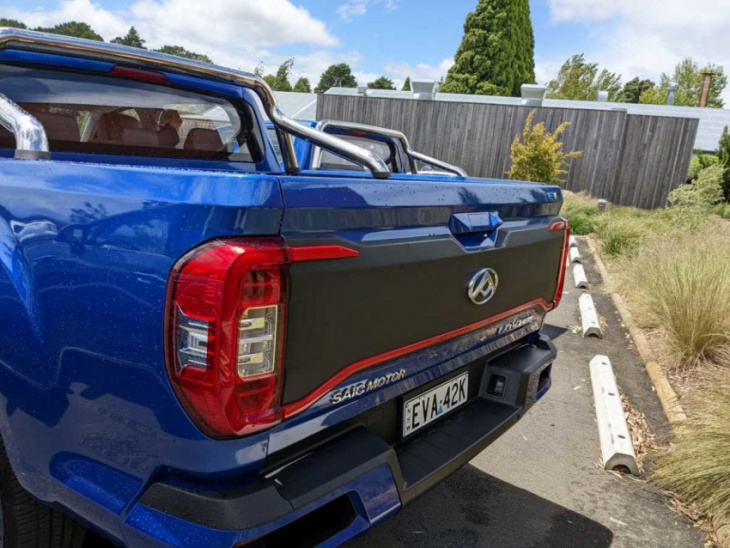 Image: Riz AkhtarElectric utes are certainly needed in the Australian market. Given the top two best-selling vehicles in 2021 were a ute and combined made up of 10% of all vehicle sales, they play a large role in polluting our roads.

With a ute like the LDV eT60 that ticks most boxes finally landing in Australia, fleet buyers now have an option to replace their fleets with cleaner, greener and more cost-effective vehicles.