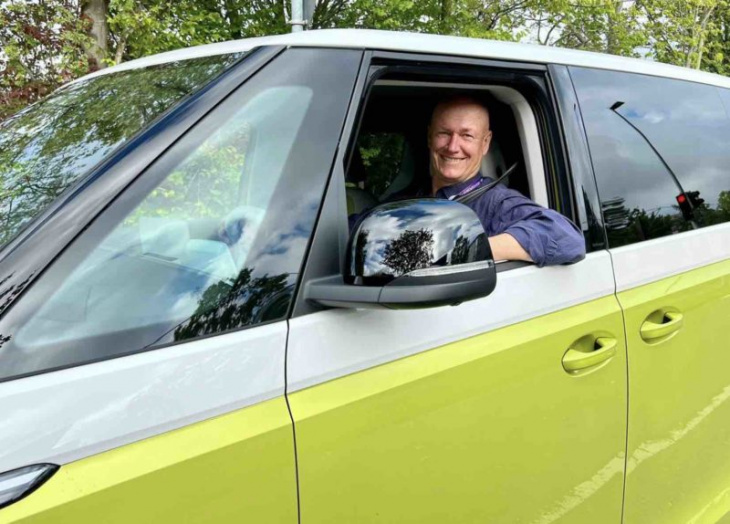 This was something of a dream come true. Ever since my first drive in a Tesla electric, and the discovery that an electric Kombi was actually going to be a “thing”, I’ve dreamed of the opportunity to see and drive a VW ID.Buzz.

At the IAA transportation show in Hannover, Germany, not far from where VW will build the new ID.Buzz, I got the chance – not just to sit in one, and admire it from the outside – but to take it for a quick run around the countryside.

What’s it like to drive? We had a brief sprint down the autobahn, and then through country roads and small villages – all in 30 minutes. It’s no Tesla, that’s for sure, it takes nearly 10 seconds to go from nought to 100kms. But, gee, it is so pleasant, and it feels as good as it looks

It has instant torque, and manouverability, and an ease of handling (and lack of noise and pollution) that was an impossible dream for the original Kombi. The turning circle is also something to behold. As the VW rep told me, it is designed to be nearly as tight as a forklift, we did a u-turn on a narrow two-lane road with no problem. 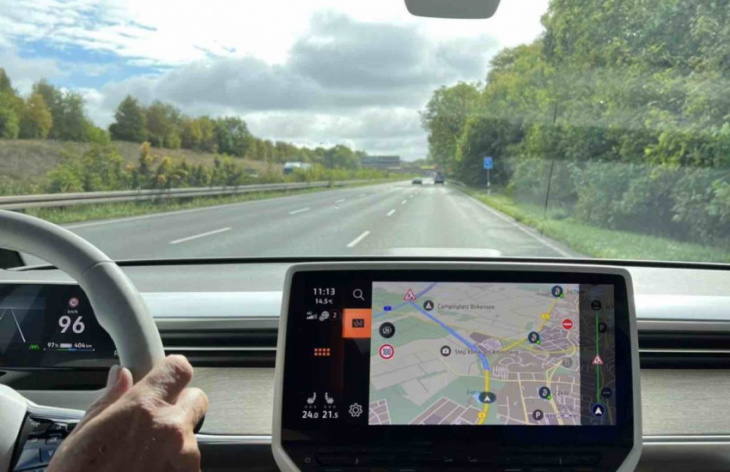 The ID.Buzz will come in two versions, cargo and passenger transport. But people are also working on the camping and surfing version. It looks too cool not to.

The layout and the dashboard are pretty simple. Nothing too flash, nothing too complicated. The materials are recycled, there is no leather. It feels functional, but neither luxurious nor cut price.

The 82kWh battery is said to deliver a range of around 320kms, although the dashboard was telling me that it was 96 per cent charged and had a range of 395kms. We didn’t drive long enough or far enough to put that to the test.

The interesting thing about the ID.Buzz is who it is being sold to and why, because it explains something about the scale and the speed of the electric revolution in Europe. 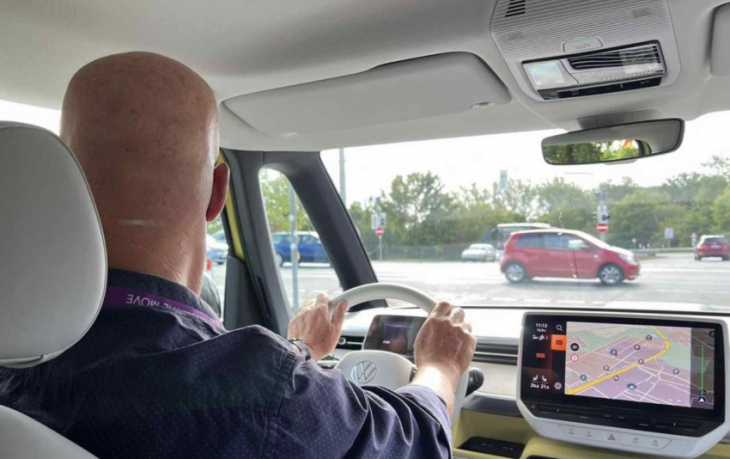 According to VW, 13,736 orders have already been made, without a single test drive and none in showrooms, and deliveries will start in the next few months. Many of the buyers are operators of ‘last mile’ delivery vans (from logistic centres to customers), and tradies.

Part of this is driven by the improved work environment for the drivers, partly by the determination of local governments and communities to kick “fossil fuel burners” out of their communities. For both drivers and local communities, that is as much a matter of noise and deadly particulate pollution as it is about climate action.

Many local authorities in Europe require a high sustainability component in their construction and transport tenders, and that effectively means going electric. Manufacturers want their goods to be transported, across the continent and in the last mile delivery to the home or customer, with zero emissions. 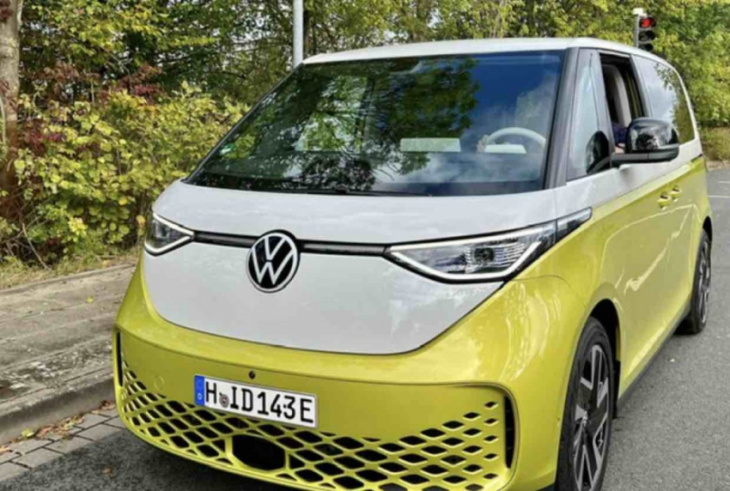 The IAA is the biggest trucking show in the world, and as one long time visitor noted, the underlying theme was always about who had the most horsepower. Now, it’s all about e-mobility, so much so that the likes of industry giant Volvo didn’t even bring a single diesel truck to show. It was all EV.

VW is still split between technologies. It promoted the ID.Buzz cargo as an electric solution to last mile mobility, but was also talking up the fossil fuel version of the Amorok ute.

According to Carsten Intra, the boss of VW Commercial Vehicles, the first deliveries of the “wonderful and likeable” ID.Buzz will be a milestone. “Everyone wants to wave at it,” he said.

VW are not the only ones to roll out new electric vans and last mile vehicles – Ford, Renault and Daimler also did on the same day. But there’s absolutely no doubt they have the cutest product.

Note: The author travelled to IAA as a guest of Volvo Trucks.