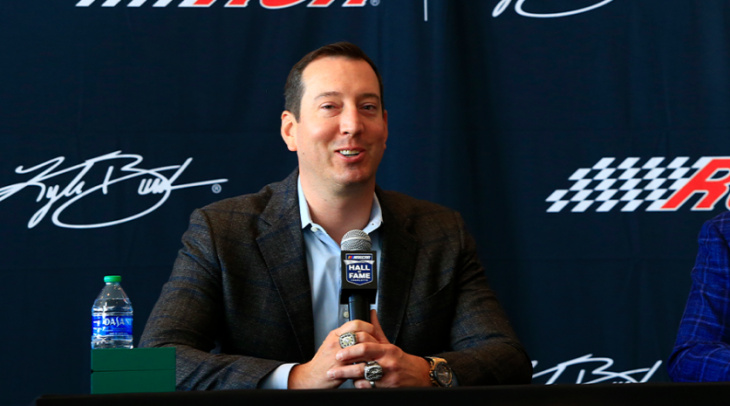 What he once described as “hard as hell,” and “a lot of sleepless nights,” has finally ended for two-time NASCAR Cup Series champion Kyle Busch.

Busch will have a new home starting in 2023, after it was announced on Tuesday that the 37-year-old will pilot the No. 8 Chevrolet for Richard Childress Racing beginning in 2023.

Upon his arrival at the NASCAR Hall of Fame to make the announcement, Busch made it clear, the road to finding a new home wasn’t an easy one.

“The last few months have been nothing but stressful, I’ll admit,” Busch said. “It’s been 15 years since I’ve had to make a decision quite like this. But 15 years ago, it was just me. I didn’t have a family, I didn’t have a wife, a son, and a daughter, and a race team around me that I had to worry about. It was just what I needed to do.

“So, this process took a lot longer than I expected it to,” Busch continued. “Sure it did. This is one of the most important decisions of my life, and I definitely couldn’t rush through it.”

As Busch struggled through a summer of uncertainty, some of the selling points for RCR was the environment and acceptance of who he is as a person. 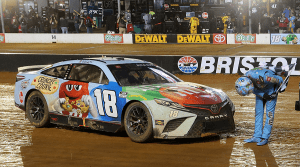 “I had to find a place where I knew I could go win races immediately,” Busch said. “Collecting trophies, is still the main reason why I get up every day and go to the race track, in order to do this every week.

“I also needed a place where I felt like I could hit reset, and I could be welcomed, just as I am,” Busch continued. “This change will allow for a clean slate, and that’s big for me and my family. A new team, a new teammate, new teammates. Most importantly, a boss who accepts where I’ve been, and yet can help me get to where I want to be.”

When it comes to performance on the track, the idea that RCR may be a suitable place to continue his career, came back in February during the exhibition Clash at the Coliseum.

“I think it started earlier this year when we were racing at the (Los Angeles) Coliseum when the 8 car blew my doors off and was driving away,” Busch said. “I certainly knew right then and there at the beginning of the season that those guys definitely had some speed.”

Though it wasn’t until Austin Dillon, Richard Childress’ grandson and driver of the No. 3 RCR Chevrolet, suggested that the organization consider hiring Busch, whose contract with Joe Gibbs Racing expires at the end of this season.

“He came to me, he said, ‘Pop-Pop, what do you think about putting Kyle Busch in that car?’” Childress said. “I said, ‘Man, that’d be a dream. Could you line up a meeting where I could talk to him?’”

From there, the new driver-owner duo met, and ironed out the details, before finalizing a multi-year deal for the 37-year-old to be the newest member of RCR.

It was a clear decision for Busch, who owns 60 Cup Series victories, tied for ninth in series history. 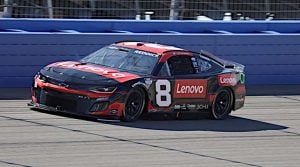 “It just seemed that their overall culture — being around Richard, talking with Austin and having the chance to just look at the whole picture of what’s going on with RCR of late, and I felt like it was a no-brainer,” Busch said.

“When Richard and I sat down and we first had discussions of this opportunity, it was easy. It was a clear-cut choice that this was a place that you could go win races and win championships right out of the gate.”

A big question mark that remains for Busch, is the status of his NASCAR Camping World Truck Series team, Kyle Busch Motorsports, which has fielded Toyotas and been part of the Toyota driver development system since its inception.

Though there isn’t any definitive answers yet, Busch mentioned that those details will come to fruition soon.

“Obviously, there was an announcement today with RCR and Kyle Busch and KBM has not been a part of that yet,” Busch said, “although we are still working on that sort of stuff with General Motors and Chevrolet.

“Kyle Busch Motorsports intends to compete in the Truck Series as a Chevrolet-branded team next year. Whether that’s two, three, four entries, we’re not quite certain on that yet, but we’re working through those details as we can right now, and hopefully, again, we can have an announcement on that here shortly.”