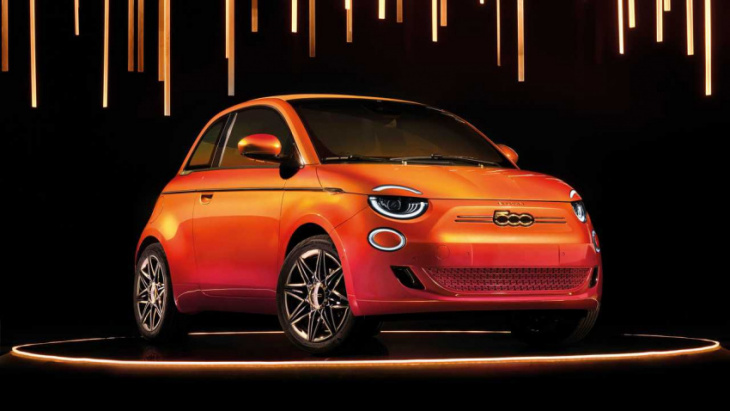 Looks like Fiat 500s will again begin driving into the ocean to reach the United States, just like they did back in 2011 in advertisements released when Fiat announced it was bringing the previous-generation 500 to America (see video embedded below). The new all-electric model has been on sale in Europe since 2021, and now it has been confirmed that first US deliveries will start in the first quarter 2024.

The Italian automaker made the announcement at the 2022 Los Angeles Auto Show where it brought several special variants 500e variants to highlight its spectrum of possible customization. The three special models have been modified by famed Italian design houses Armani, Bvlgari and Kartell and they are really three very different interpretations of how the 500e could be personalized.

According to Olivier Francois, the CEO of Fiat and Stellantis Global CMO,

Today, more than ever, we are facing a global revolution, which means that customers are looking for more than just a car and we intend to embrace their changing needs. The new 500e is more than a car, it is a social project to feed America’s appetite for change toward sustainable mobility. We want to introduce America to EVs with our icon, the Fiat 500, because this is the right thing to do. On a corporate side, we need to trailblaze new pathways and it will be a privilege for our new 500 to help lead change.

It’s interesting to note that both the older 500 (launched in 2008) and the new EV launched last year made it to America with several years’ delay. For the ICE 500, it took four years, while for the new electric model, it’s going to add up to three years since launch by the time it debuts. The previous-gen 500 was discontinued in America in 2019. 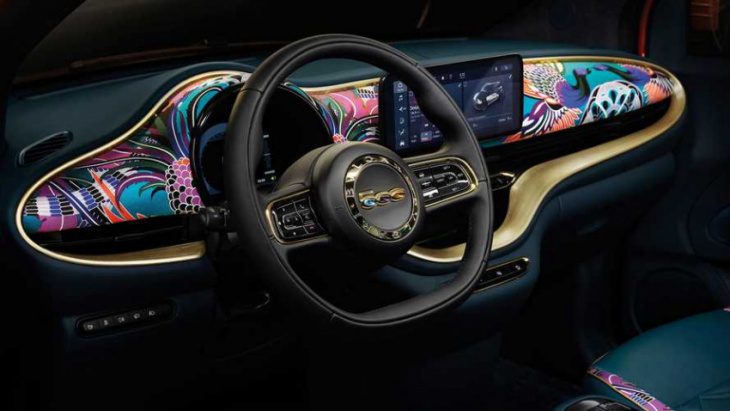 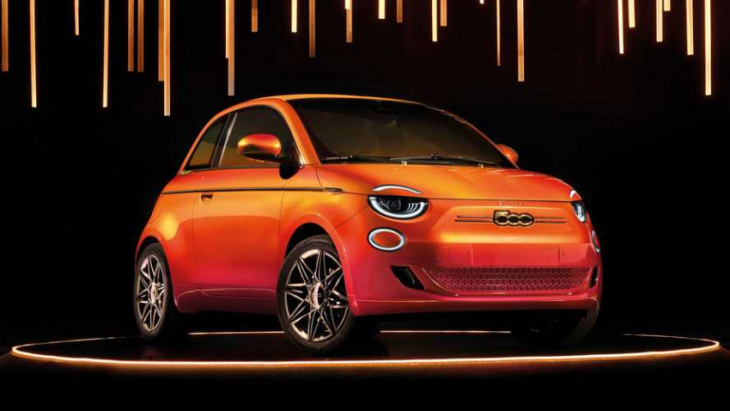 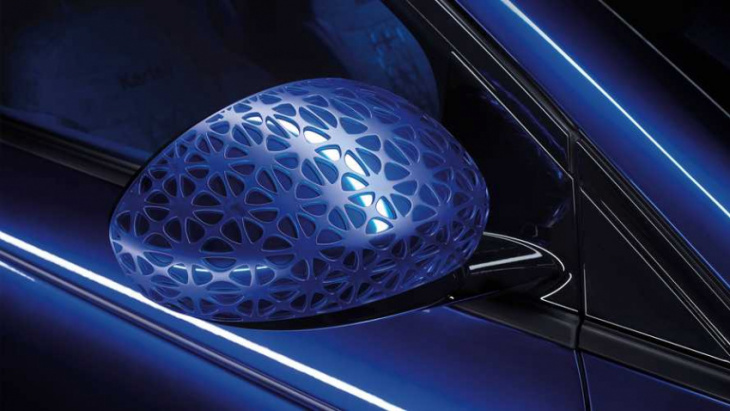 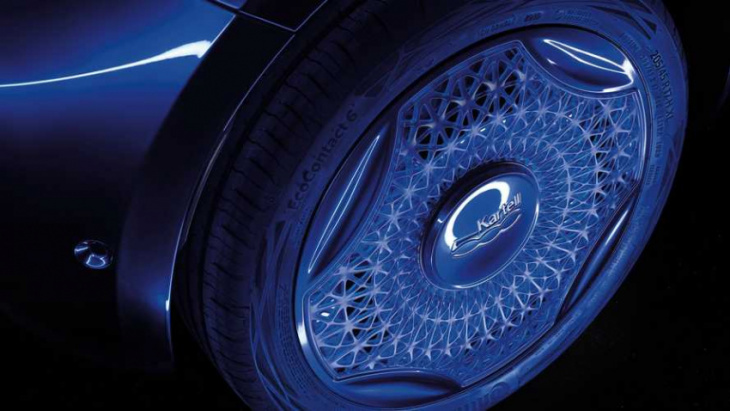 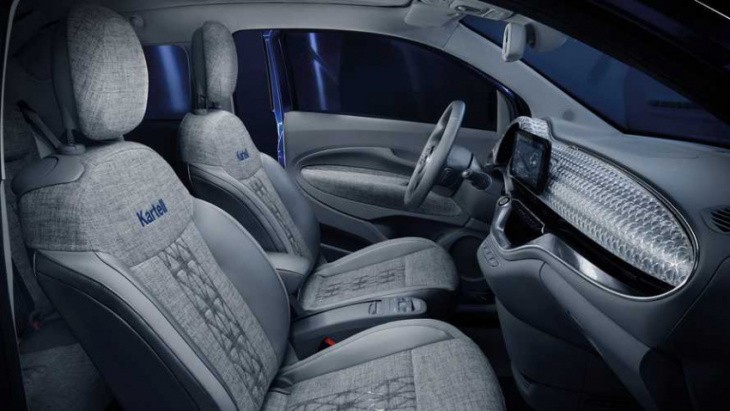 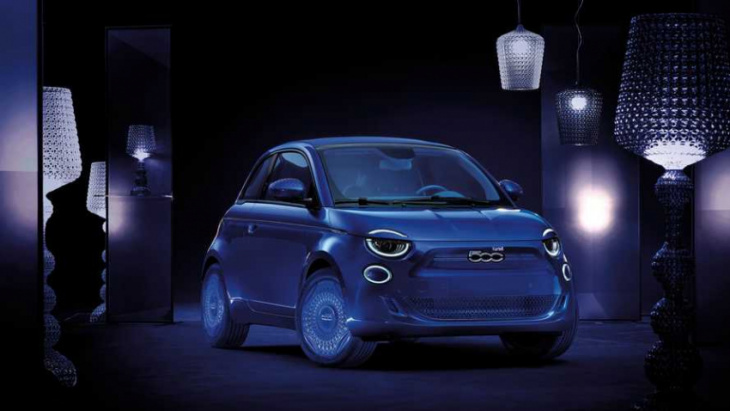 There will also be an Abarth hot hatch variant with more performance and sportier handling. It is currently being tested and it is believed it could be revealed next year, so there’s a strong chance that the Abarth 500e might also make it to the US in 2024, although it could be badged differently compared to the European version.

Fiat will unveil the US-spec version of the 500 at the 2023 Los Angeles Auto Show and aside from predictable possible minor aesthetic changes, we believe only the larger-battery, more powerful version will be offered to US buyers, with the Abarth variant available for those who want a more performance-oriented 500e. In Europe, the 500e starts from around €30,000, or €35,000 if you want the larger battery (before incentives).

ROME: Abarth has revealed its first electric model with the new 500e – a hotter version of Fiat’s 500 EV. Set to be sold alongside petrol versions of the Abarth 595, this 500e signals a new era for the brand and is its first new model in more than ...

It’s a little car with a big name: the Fiat Abarth Classiche 500 Record Monza ’58. Based on the much-revered Fiat 500, specifically the 1970 edition of the “Cinquecento,” this one-off model was assembled by the Stellantis Heritage team to celebrate the centenary of the Autodromo di Monza, the ...

This Fiat 500 opened wide for a Hayabusa engine transplant