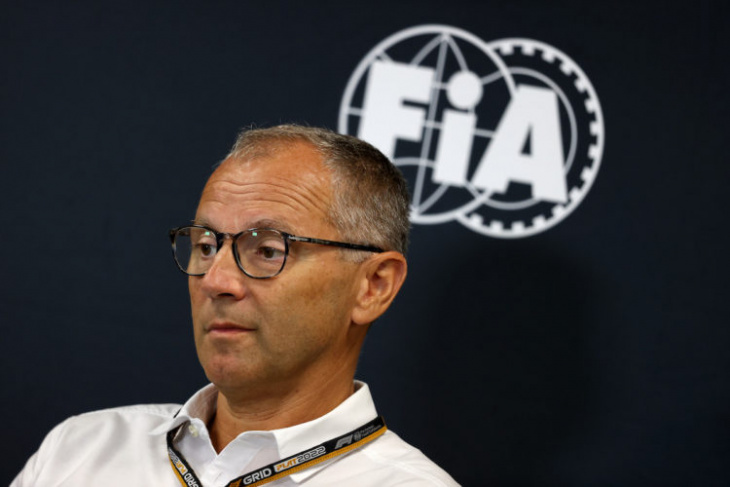 Domenicali was questioned over what F1 is doing to promote female drivers, and suggested that the sport wouldn’t see any female racers in the category for the next several years.

“I don’t see – unless there will be something that will be like some sort of meteorite coming into the Earth – a girl coming into Formula 1 in the next five years,” he said.

“That is very unlikely, I need to be realistic. But we want to build up the right pyramid with the right approach, step-by-step, in order for them to start to race against the guys at the right age, with the right car.

“That’s really what we are working on.”

Hamilton: Mercedes ‘a long way off’ after Friday running

The comments faced backlash on social media, and they have since caught the attention of the FIA, who addressed the issue on Saturday morning.

Ben Sulayem asserted that the FIA is committed to offering opportunities to female racers through various programmes.

“Since its foundation, the FIA has always supported and nurtured women in motorsport,” he said.

“Motorsport is unique as under FIA regulations, women and men can compete on equal terms.

“We will continue to actively encourage the participation of women whether that be through our FIA Girls On Track Rising Stars programme, the presence of women in our Race Control, Operations and Technical teams and other departments throughout the organisation or in partnership with our ASNs with female volunteers and officials.

“The FIA and FOM are committed to greater opportunity for women in the sport. Stefano Domenicali and I are working together to improve access and the pyramid for women’s entry and progression.

“Throughout history, women have made their mark in motorsport, on and off track, and it is our desire, under my leadership, that the trend will continue for years to come.”

Notable female racers currently include Formula 2’s Tatiana Calderon, who raced the first half of the year in the NTT IndyCar Championship.

The Williams F1 team also has Jamie Chadwick signed to its junior programme, with the Briton on course for a third consecutive W Series title in 2022.