Ferrari’s announcement that Robert Shwartzman will drive one of its Formula 1 cars in first practice at the United States Grand Prix next month is a fairly inconsequential fulfilling of the 2022 rules around young driver opportunities.

The 22-year-old Russian is an official Ferrari test driver, a role in which he’s already driven for the team in the 2020 and ’21 young driver tests and for customer Haas too, as well as carrying out F1 running in older Ferraris at Fiorano. 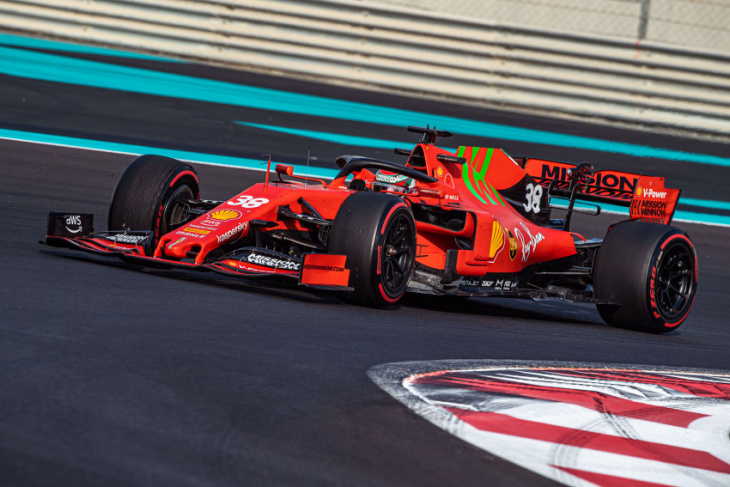 He was born in Israel and has an Israeli passport, meaning his career has not been impacted by Russia’s invasion of Ukraine this year. He is also due to drive for Ferrari whenever it does the second of the mandatory FP1 guest runs later in the year.

Shwartzman was FIA F3 champion in 2019 and second to Prema team-mate Oscar Piastri in 2021, so has a very respectable junior career pedigree, but is not considered as being in line for an F1 race seat with any of Ferrari’s teams in the near future.

So the significance of his Austin appearance is entirely statistical.

Ferrari, Alpine, Haas and McLaren are the only teams that have not already run a young driver in an FP1 this year. But Alpine (with Zhou Guanyu last season), Haas (with Mick Schumacher in 2020) and McLaren (most recently with Lando Norris in 2018) have done so in recent years.

Ferrari hasn’t run an extra driver in a Friday practice at all since the rules first began encouraging it in 2004. And every time it has needed to swap in a substitute driver, it has been able to do it between events rather than within a grand prix weekend.

You have to go right back to the 1976 Italian GP to find the last time Ferrari fielded more than two drivers during one race weekend. That was when it kept Niki Lauda’s stand-in Carlos Reutemann around for one more race after Lauda’s astounding return following his life-threatening Nurburgring injuries six weeks earlier.

In that era three-car entries were permitted so the full line-up raced. Lauda was an incredible fourth and Reutemann only ninth, but the top Ferrari was Lauda’s regular team-mate Clay Regazzoni in second.

There should have been another three-car Ferrari entry in Canada the following year when the team gave 1978 signing Gilles Villeneuve an early debut.

But recently-crowned champion Lauda – heading for Brabham for ’78 anyway – quit Ferrari ahead of free practice following a row with the team, so only Reutemann and Villeneuve’s cars actually took to the track.

The other curiosity is that Shwartzman’s debut in an F1 weekend comes two years after it was first planned.

Ferrari intended to give its leading three proteges Mick Schumacher, Shwartzman and Callum Ilott FP1 outings across Haas and Alfa Romeo during the final part of the 2020 season. But the fog that prevented any running on the Friday of the Eifel Grand Prix at the Nurburgring – which should have been the scene of Schumacher and Ilott’s runs – disrupted that plan. Ilott didn’t get any Friday slots until 2021, and Schumacher’s was moved to the Abu Dhabi Friday session that Shwartzman had been earmarked for.

Keyword: Ferrari’s about to end an unusual 46-year F1 anomaly