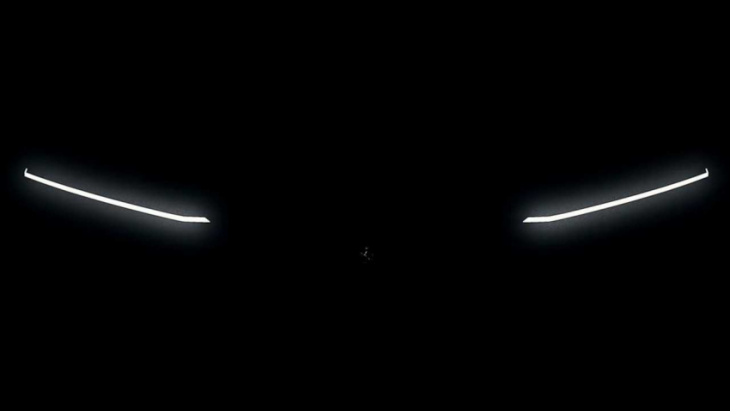 It’s been a huge year for Ferrari considering 2022 gave us the not-an-SUV Purosangue and the 499P Le Mans endurance hypercar. The year isn’t over yet as the Prancing Horse has one more debut planned. However, this new model will only exist in the virtual realm, for PlayStation owners. Come Sunday, a Vision Gran Turismo concept is going to break cover during the GT World Series finals. In the meantime, this 15-second teaser will have to suffice.

The wide LED strips are like those of the 499P, so we’re curious to see whether the GT7-bound digital vehicle will be an outlandish version of the race car destined to compete in WEC next year. A Ferrari VGT has been a long time coming considering these VGT cars have been around since November 2013 when Mercedes-AMG introduced its spectacular concept. Nine years later, Maranello is finally joining in on the fun.

Separately from Ferrari’s teaser, Gran Turismo producer Kazunori Yamauchi took to Twitter to announce that a 25th-anniversary update is coming later this week. Game studio Polyphony Digital CEO refrained from going into any details, but he did share an image of three new cars that are about to join GT7. The boxy one in the top-left corner appears to be a Ford Sierra RS Cosworth.

Your guess is as good as ours regarding the other two, but the bottom one might be a Nissan Silvia S14. The top-right car is seemingly a more modern model, maybe a BMW M2 or a Maserati of some sort. Either way, the Gran Turismo 7 garage is about to be expanded once more. Hopefully, the update will also come along with additional tracks since many players are complaining about the absence of certain circuits.

GT7 will face some stiff competition from spring 2023 when the next title in the Forza Motorsport franchise is scheduled to land. We’re being promised a more realistic experience as the game’s physics simulation has been improved by 48 times. All tracks will feature weather and time changes, along with a more sophisticated car damage system and the implementation of tire and fuel management. This overhaul should narrow the gap between FM and GT in terms of realism.

During what turned out to be Mattia Binotto’s final grand prix weekend as Ferrari’s Formula 1 team boss, he had a few words to say about the “criticism” Ferrari has faced in 2022. Addressing the speculation about his future that emerged before the season finale, Binotto said that with ...


View more: What caused Binotto’s Ferrari exit and why it’s so worrying

FERRARI HASN’T REALLY PROGRESSED Decision needs to be based on reason, not scapegoating Binotto was left isolated and weakened It was never going to work Self-defeating culture continues There needs to be a well vetted replacement already 2022 proved this is the right decision Rarely does a decision come ...

For the first time in the brand’s history, the world of Ferrari was showcased outside of its hometown in Maranello. Through “Universo Ferrari”, the Italian brand took over Winx Stand at Royal Randwick Racecourse from November 26 to November 29. Lasting four days, the exhibition was open to the ...

Mattia Binotto has resigned from his position as Ferrari Formula 1 boss and will formally leave the team at the end of December. Intense speculation that Ferrari was preparing for Binotto’s exit was emphatically rejected by the team in the build-up to the season finale in Abu Dhabi. But, ...

The car will become available to all GT7 users from the 23rd of December Ferrari has unveiled the Ferrari Vision Gran Turismo, a closed-wheel single-seater which is the first Ferrari concept car created specifically for the virtual motorsport world. Proudly rocking the number 75 on its flanks, the Ferrari Vision ...

Ferrari has just revealed its first ever ‘virtual’ car and, while it is a car that no one can actually buy in real life, it is a car that way more people will actually have a chance to drive than your usual Ferrari. That is because it the latest in ...

Gamers, rejoice! The Ferrari Vision Gran Turismo, Maranello’s first concept car designed specifically for the Gran Turismo video game series, has been unveiled! This sleek powerhouse is a futuristic single-seater sporting a more extreme version of the V6 also adopted on the recently-launched (and very much real) Ferrari 499P Le ...

This new, unused Ferrari Enzo V12 ‘crate engine’ is up for sale. So, where would you put it?

Binotto ‘relaxed’ about his Ferrari status with 2022 goal reached

Mark Hughes: If Ferrari’s learned anything, it will back Binotto

Report: Binotto to be replaced at Ferrari by Vasseur

Get a look at the Mansory Ferrari Roma “Tempesta Verde”

The Flooded Ferraris of Hurricane Ian Have Arrived on Copart