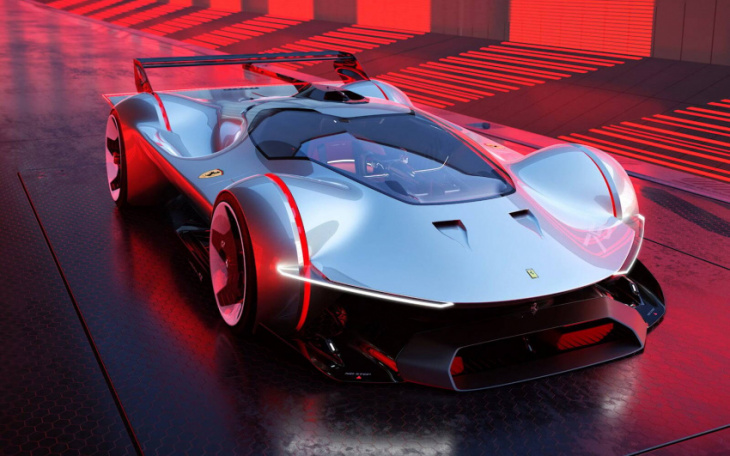 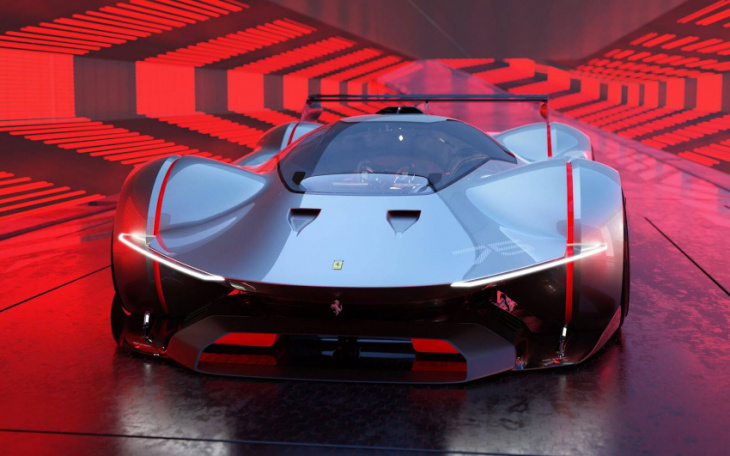 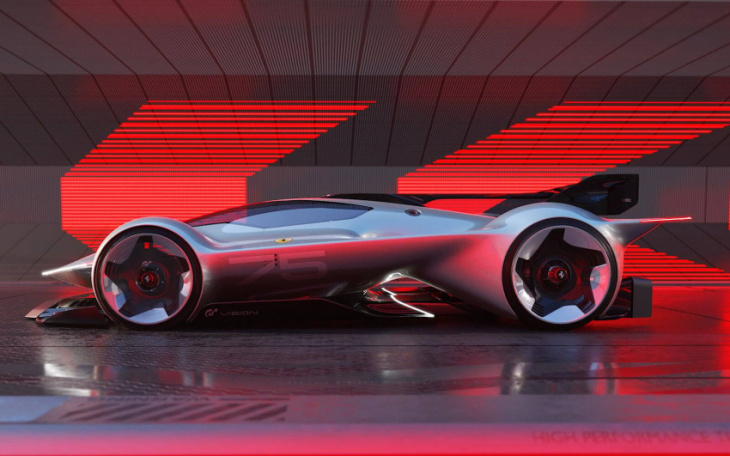 Hot on the heels of its new 499P endurance racer, Ferrari yesterday unveiled an extreme concept that is specifically designed for the virtual world of Gran Turismo. At the same time, it aims to redefine the exotic Italian brand’s stylistic language.

The Ferrari Vision Gran Turismo “represents a futuristic design manifesto for Ferrari’s road and racing cars, embodying the maximum expression of formal beauty and innovation, and providing a stimulus for both the engineers and drivers (real and virtual) of tomorrow,” the company said.

Of course, it’s done with a nod to the past, more specifically Ferrari’s legendary 1960s and 1970s Sports Prototypes that enjoyed huge success in endurance races such as the 24 Hours of Le Mans and Daytona. The number 75 on the sides reflects the 75th anniversary of the first race car to exit the iconic factory gates in 1947, the 125 S.

The closed-wheel single-seater boasts dramatic proportions and geometric shapes, from the wedge-like nose to the rectangular biplane wing in the rear and everything in between including the spherical wheel housings. The rear aerodynamics were in fact developed using concepts inspired by the 499P. The bodyshell appears as if suspended over the flat, carbon-fibre underbody which incorporates all of the car’s technical components,

Designers focused on optimal front-rear weight distribution and an extremely low centre of gravity with the goal of ensuring exceptional balance and performance on both highly technical tracks and traditional road courses. 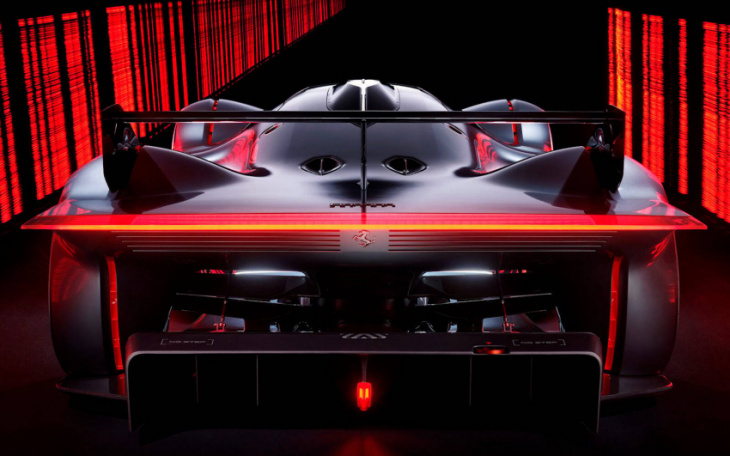 Meanwhile, the interior delivers exceptional visibility and puts the driver in the most ergonomic position possible, though the cockpit design is clearly not from our time. Check out the radical steering wheel design with a small display in the middle, the light strip that goes around the dashboard and the high-tech, transparent materials that reveal the mechanical components.

The Ferrari Vision Gran Turismo features the same turbocharged 3.0-litre V6 as the 296 GTB and 296 GTS, except that output is increased to 1,016 horsepower at 9,000 rpm. It’s backed by three electric motors (one on the rear axle and one on each of the front wheels) delivering a combined 321 horsepower. As for peak torque, it is rated at 811 pounds-feet.

Based on simulations, 0-100 km/h acceleration is achieved in less than two seconds and top speed is 350 km/h. Also, Ferrari worked with the Gran Turismo team to ensure that the sound of this innovative powertrain is faithfully reproduced in the game for an even more realistic racing experience. 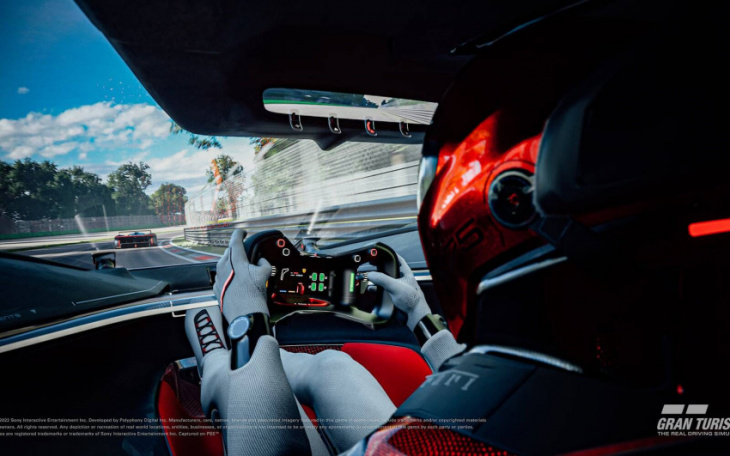 A full-scale version of the Ferrari Vision Gran Turismo will debut at the Ferrari Museum in Maranello on December 15. Eight days later, the car will become available to all users of Gran Turismo 7 around the world. Don’t miss our photo gallery at the top of the page for a look at this concept from every angle.