Electric vehicles are known for being quiet and Ferraris aren’t. The Prancing Horse brand’s upcoming EVs could, however, offer a distinctive soundtrack audible to both occupants and passers-by.

In a filing with the US Patent and Trademark Office (USPTO) found by CarBuzz, Ferrari has patented a system that will “allow the driver and the passengers to enjoy, inside the passenger compartment, a quality sound which… is very pleasant for them”.

Ferrari filed the patent in the US on January 5, 2023, around six months after filing a patent in Italy. 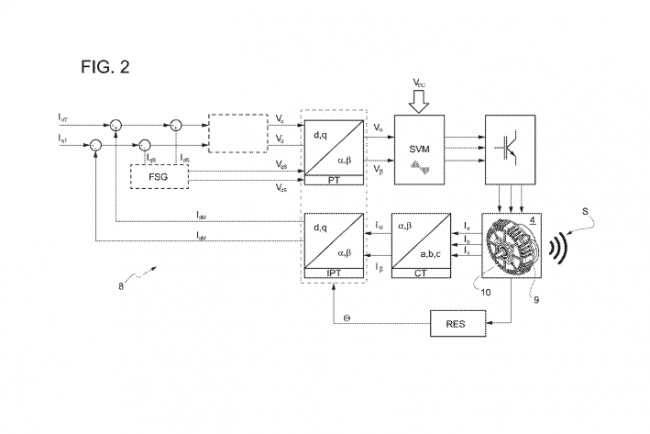 Ferrari claims the reproduction device will extract sounds from the electric motor or another “mechanical resonant element”, such as an axle, gearbox, differential or wheel rim.

The power supply from the electric motor will connect to a control unit that will inject one or more sonority currents or voltages into the motor to produce different frequencies based on the operation of the motor. 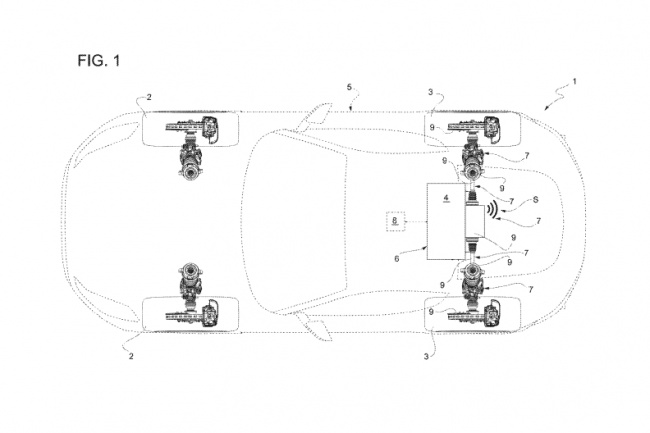 The vibrations from these frequencies will create sound waves.

Ferrari says the sound can be diffused into the passenger compartment and/or outside the vehicle “so as to recall the sensation generated by the dynamics of an internal combustion engine”.

The sound could also vary based on the position of the accelerator pedal, the gear engaged, and the drive mode selected.

In the patent filing, Ferrari says sound is an important part of the driving pleasure of a high-performance sports car, giving drivers immediate feedback. 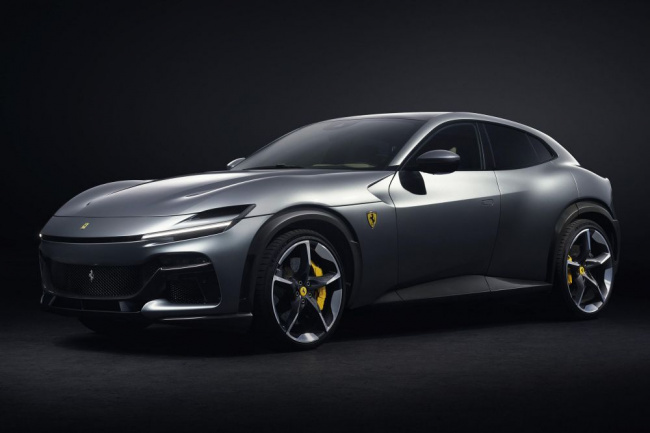 It notes the quietness of EVs can “[reduce] the driving pleasure in high-performance vehicles” as they lack a characteristic sound, which can be “at least partially disappointing” to drivers.

It also says the sound produced by a powertrain must not only be “strong” but also “good”.

While it hasn’t revealed this vehicle yet, Ferrari chairman John Elkann said, “You can be sure this will be everything you dream the engineers and designers at Maranello can imagine for such a landmark in our history.”

By 2030, Ferrari is aiming for its line-up to consist of 40 per cent hybrid, 40 per cent all-electric, and 20 per cent internal-combustion vehicles.

Ferrari joins brands like Abarth, Dodge, BMW and Mercedes-Benz, among others, in creating amplified soundtracks for electric vehicles.

The “industry-first BEV exhaust” will push sound through an amplifier and tuning chamber from the rear of the vehicle.

The exhaust can reach 126dB, making it as loud as a supercharged V8-powered Charger Hellcat.

BMW’s i4 and iX feature a different concept altogether, with some star power involved.

German-born composer Hans Zimmer worked with BMW to create a soundtrack with acoustic feedback based on the electric motor.

“When the driver interacts with the pedal, it’s more than just a mechanical contact point – it’s a performative element,” said Mr Zimmer.

The partnership between BMW and Zimmer is said to reinforce the relationship between the driver and the car. 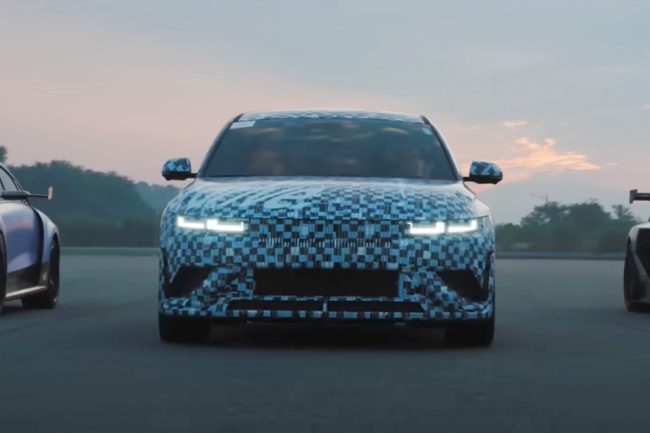 “Accelerating is turned into an experience that takes the driver through a whole series of gradually changing sound textures.”

Carmaker Hyundai is also expected to release a soundtrack to its upcoming Ioniq 5 N, promising several different character sounds and teasing the potential to create and name your own sounds.

Hyundai also has plans to include a virtual dual-clutch gearbox (DCT) dubbed ‘N e-shift’ in its upcoming model.

The virtual dual-clutch gearbox is said to give drivers the feel of the dual-clutch automatic transmission in the petrol-powered i30 N hatch.