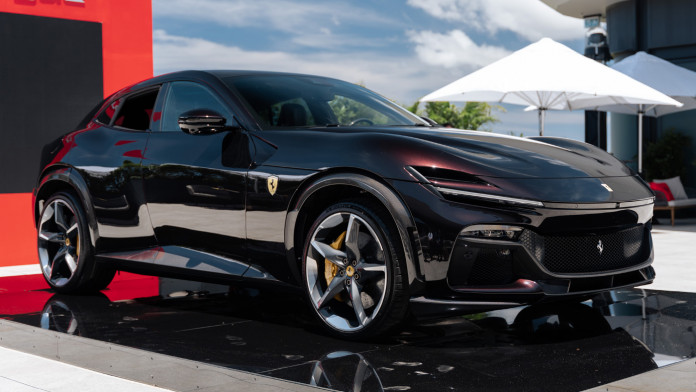 Despite the internet’s dislike for SUVs, the Ferrari Purosangue has received too high of a demand that has forced Ferrari to stop taking orders for it. The high demand has also caused the waiting time for the Purosangue to last for up to two years for some customers.

During its world debut, Ferrari had already announced that production of the Purosangue will be capped at 20% of overall output, which means only one in five Ferraris made is the Purosangue.

This serves to retain a certain level of exclusivity for its “first-ever four-door four-seater” that happens to be high riding. It seems that the high demand has not changed Ferrari’s mind about its production cap.

Speaking to drive.com.au, Ferrari Chief Marketing and Commercial Officer, Enrico Galleria said, “It’s no secret that we stopped taking orders. We had such an interest without delivering one single car. We made a decision that we thought was consistent with the positioning of Ferrari and the model.”

Powering the Ferrari Purosangue is a front-mid mounted 6.5-litre V12 engine that pushes 725 hp (metric) and 716 Nm. The engine is mated to an eight-speed oil-bath F1 DCT dual-clutch transmission and power is sent to all four wheels. Weighing 2,033 kg, the Purosangue launches from 0 to 100 km/h in just 3.3 seconds and has a top speed of over 310 km/h.

Although you may have missed your chance to order the “first-ever four-door four-seater” from Maranello, you can check out the full details on the Ferrari Purosangue here.