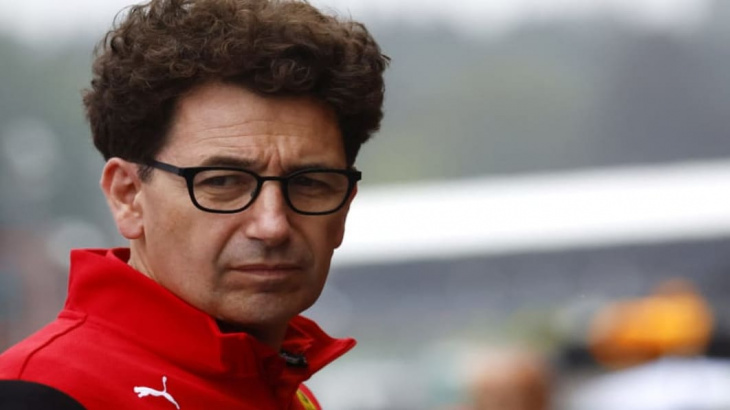 Ferrari has confirmed that Team Principal Mattia Binotto will step down at the end of the year, Formula1.com reports. A team announcement posted Tuesday morning put an end to the weeks of speculation that followed the 2022 F1 season finale at Abu Dhabi.

“With the regret that this entails, I have decided to conclude my collaboration with Ferrari,” Binotto said in the release. “I am leaving a company that I love, which I have been part of for 28 years, with the serenity that comes from the convinction [sic] that I have made every effort to achieve the objectives set.”

“I leave a united and growing team,” Binotto continued. “A strong team, ready, I’m sure, to achieve the highest goals, to which I wish all the best for the future. I think it is right to take this step at this time as hard as this decision has been for me. I would like to thank all the people at the Gestione Sportiva who have shared this journey with me, made up of difficulties but also of great satisfaction.”

Ferrari CEO Benedetto Vigna thanked Binotto for his decades of service and for helping put the team in position to be competitive again, after disappointing 2020 and 2021 campaigns.

“We are in a strong position to renew our challenge, above all for our amazing fans around the world, to win the ultimate prize in motorsport,” Vigna said. “Everyone here at the Scuderia and in the wider Ferrari community wishes Mattia well for the future.”

While Ferrari’s 2022 prospects seemed promising at the beginning of the season, the team was unable to find a rhythm that would see it through to a championship, allowing Red Bull’s Max Verstappen to cruise to a 2022 championship. Ferrari’s Charles LeClerc finished second in driver points, splitting Verstappen and third-place Red Bull driver Sergio Pérez, allowing Red Bull to take the constructor’s championship as well, with Ferrari and Mercedes rounding out the top three.