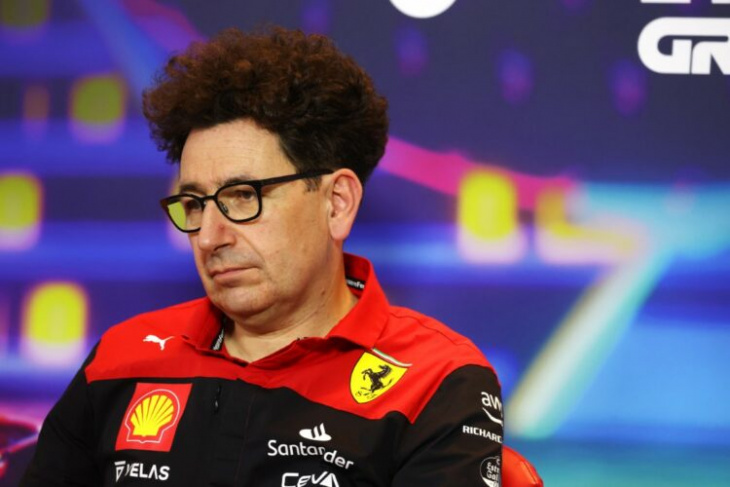 Ferrari has accepted the resignation of Team Principal Mattia Binotto, who will relinquish his position at the end of 2022.

Binotto has been with Ferrari for 28 years and rose to the role of Team Principal in 2019.

Under his leadership Ferrari endured a slump, its worst for 40 years, before re-emerging as a victory contender under revised regulations in 2022.

Ferrari finished a distant runner-up to Red Bull in the championship, taking 12 poles and four wins, and rumours abounded over Binotto’s position at the Abu Dhabi finale.

Brawn confirms F1 retirement: ‘I will watch from my sofa’

Haas reached out to Ricciardo over 2023 F1 seat

Binotto asserted that his position was assured but on Tuesday, nine days after the final round of 2022, Ferrari announced that he has resigned.

Binotto will stay on until December 31 before leaving the company.

A successor for Binotto has not yet been determined and is not expected to be ratified until 2023.

“With the regret that this entails, I have decided to conclude my collaboration with Ferrari,” said Binotto.

“I am leaving a company that I love, which I have been part of for 28 years, with the serenity that comes from the conviction that I have made every effort to achieve the objectives set.

“I leave a united and growing team. A strong team, ready, I’m sure, to achieve the highest goals, to which I wish all the best for the future.

“I think it is right to take this step at this time as hard as this decision has been for me. I would like to thank all the people at the Gestione Sportiva who have shared this journey with me, made up of difficulties but also of great satisfaction.”