Fears street's sinkhole repairs could cause whole estate to collapse 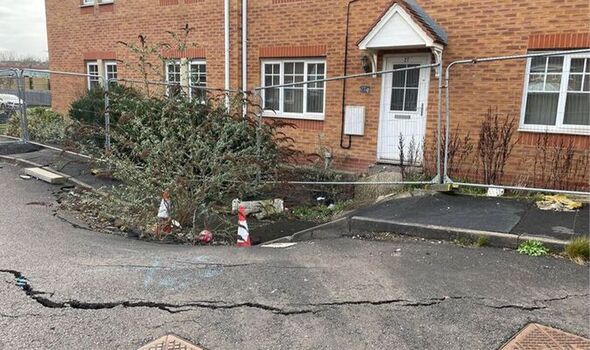 The sinkhole on Boatman Drive in Etruria

An independent report has warned that work to repair a sinkhole in a residential street could potentially result in the problem spreading further.

Stoke-on-Trent City Council commissioned Wardell Armstrong to carry out a ground investigation of the area, which has been afflicted with serious subsidence issues since 2018.

The investigation, which involved drilling four boreholes, found that the problem was probably due to ‘adverse soil/water interaction’ within the backfill deposits to the former marl pit, on which the Redrow Lakeside estate is built. Subsidence could have caused ‘significant defects’ to underground water and drainage pipes, Stoke-on-Trent Live reports.

LinkWardell Armstrong’s report proposes a solution to repair the sinkhole in Boatman Drive, involving the use of a sheet piled wall to create a temporary support, enabling the removal of the existing storm and foul water pipes. The marl pit backfill would be excavated, with piled slab installed and bored piles constructed into the underlying bedrock. The excavation would then be reinstated, along with the pipework, prior to the final restoration of the road surface.

However, the report says that this approach ‘is not without risk’ as the way the water and soil are interacting underground is ‘not fully understood. The report states: “It is therefore possible that any ongoing subsidence will continue to affect property outside the footprint of the piled slab repair to the highway, and/or that the intervention within Boatman Drive could divert or focus any flow of groundwater elsewhere, thus exacerbating any subsidence risk outside the footprint of the remediation works.

“Whilst it is envisaged that all appropriate precautions would be undertaken during construction and that working methods would be carefully considered in an attempt to avoid or control perceived risks, there remains some risk that the construction activity, in itself, could trigger an acceleration or expansion of the subsidence that has already been observed over a wider area of private property, extending beyond the limits of the public highway.” 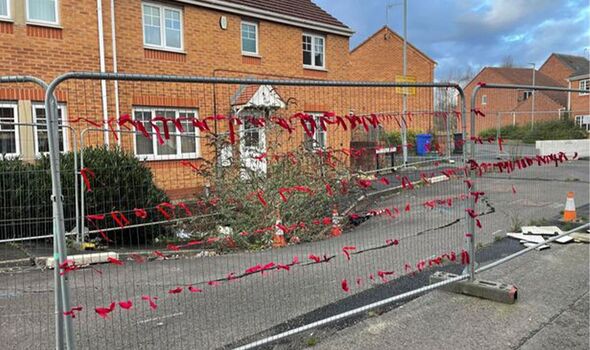 The report says the council will need to ‘take ownership’ of these risks’, which are unlikely to be completely eliminated. In order to fully remediate the problems with the marl pit backfill, work would have to be carried out across the full extent of the former marl pit, which lies beneath most of the Lakeside estate. The report says this would be ‘highly problematic’, and so this approach is not recommended to the council.

The council does not expect to make a decision over the Boatman Drive repairs until early next year. But the authority says a road closure order remains in effect, and is urging residents not to drive on the affected section of Boatman Drive. A council spokesperson said: “We have recently communicated with residents the report from the independent study to establish the situation with the ground condition and how and when we envisage the road reopening. Due to the complexity of the issues, we do not expect to make any firm decisions in respect of a highway repair or reopening until early 2023.

“We want to ensure the highway is safe for vehicles, and we intend to monitor the road for a further 6 weeks. We hope this will provide us with the data to judge if, and how, the road may be formally reopened.

“The road closure will remain in place and we remind residents that any motorists contravening the formal road closure regulation order, may be liable to legal enforcement action, and more importantly, they are placing themselves and their passengers at an unknown risk.

“An intrusive site investigation was carried out, including four boreholes which were used to obtain samples, as well as undertake in-situ geotechnical tests. In-situ testing results indicated that the made ground was very soft/loose to firm at variable depths. The local geology is made up of soft mudstone used in the ceramics industry.

“With that in mind, at this stage, we are moving with caution, as the subsidence could be a product of soil erosion within the backfill pit material.

“We thank residents for their continued patience and remind them if they are encountering any issues with ground settlement to speak with their property insurers.”