Faraday Future Is Struggling Yet Again, Deliveries In Question

Faraday Future has faced tough times since the beginning, its stock has tanked, and now it's back to delaying deliveries. 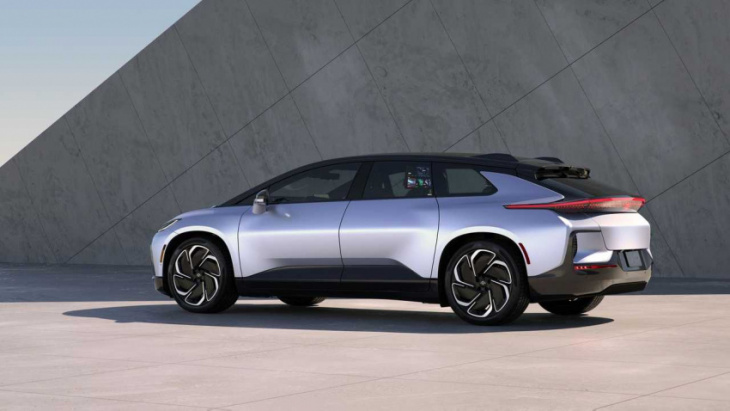 Faraday Future is one of many EV startups that has been trying to get a leg up over the years. However, sadly, it announced yet again this week that it’s struggling. In fact, the company made it clear that it has “substantial doubt” about the future, and it’s still not even sure when it can complete deliveries of its first electric vehicle, the FF 91.

This doesn’t come as any surprise since Faraday Future Intelligent Electric has seemingly been barely surviving since we first learned about the company. Sure, it has had some opportunities and successes, but automotive startups are next to impossible. There have been many startups over the years, and essentially, aside from Tesla, none have survived.

As new startups enter the automotive space, they’re almost certainly focused on EVs. Tesla proved that, while exceedingly difficult, success is possible for a startup in the electric car space. Now, Rivian and Lucid have come along, and while they’re having a tough time, they’ve brought compelling models to market, which they’re successfully delivering.

That said, most rival EV startups still seem to be in the woods. Faraday Future hoped to begin delivering its first luxury electric vehicles prior to the end of this year. However, the company’s stock has dropped 94 percent. At this point, the EV maker will need more money just to get through 2022, let alone going forward.

According to Faraday Future, it had nearly $32 million in cash at the end of Q3 2022, which was a massive drop from the $121 million it had at the end of the previous quarter. Autoblog notes that the company had taken just 369 refundable deposits for its FF 91 EV as of November 17, 2022. Some 30 people canceled their orders since the end of June. Interestingly, Faraday only lost $103.4 million this Q3 compared to $303.9 million during the same period last year.

The cost of starting a car company is exorbitant, especially during a time when costs are at record highs and there are many supply chain issues. Moreover, it takes a long time before a startup like Faraday Future can realize a profit, and it certainly can’t make money selling 300 EVs.

Keyword: Faraday Future Is Struggling Yet Again, Deliveries In Question