Formula 1’s intention to create standard-specification wheel arches to be fitted to cars for wet conditions is motivated by the desire to prevent a repeat of the 2021 Belgian Grand Prix farce the FIA says “left scars on the sport”.

The FIA hopes the wheel arches that will reduce the spray and improve visibility could be ready for introduction as early as the second half of the 2023 season. This follows last week’s F1 Commission announcement that a study of the possibility of producing such a design is underway.

The initiative is motivated by fears F1 could face another situation like the one at Spa last year whereby no real race took place, with the official result declared based on one lap under the safety car.

This, combined with driver feedback indicating spray has been made worse by the 2022 ground effect regulations, makes finalising a suitable design a high priority.

Nikolas Tombazis, the head of the FIA F1 technical department, is confident the wheel arches will be ready for 2024. But he hopes they might be ready for the second half of ’23, provided a design can be finalised and the teams agree to this happening.

This would mean the wheel arches would be available for high-risk rain events such as the Belgian, Japanese and Brazilian Grands Prix next season.

“I’m very confident about 2024,” he said when asked by The Race about the intended timescale for their introduction. 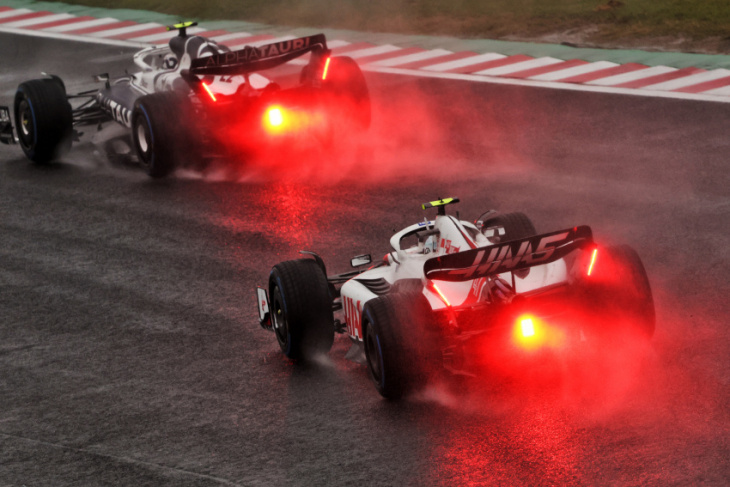 “We are trying to see whether we’ll manage or not to maybe have a package ready for the second half of the season next year, where sometimes you have more potentially wet races.

“But that’s a challenge from quite a lot of points of view.

“We haven’t put a limit yet on that [timing]. But ‘24 I would say I’m pretty confident that it’s going to be there.”

The hope is that the reduction of the spray, which dramatically limits driver visibility, will make it possible to race in the worst of conditions when cars are on the wet-compound Pirellis.

In recent years, green-flag racing in wet conditions has generally only used the intermediate tyres, with the full wet tyre usually either dispensed with quickly or just used when the race is under the safety car. It’s not without reason that some jokingly call the full wets “the safety car tyre”.

This would prevent a repeat of the Spa situation where it was impossible to race thanks to a combination of the poor grip levels and the lack of visibility, especially when combined with Pirelli working to improve its intermediate and wet tyres.

“We only think it’s going to be something that hopefully gets used on a couple of occasions a year, maybe three,” said Tombazis of the wheel arches. “We don’t want it to be every time there’s a drop of rain.

“But we are just very worried that we may end up [not being able to race]. Spa of 2021 still left scars on the sport because it was very unfortunate circumstances. It would have been 10 times worse if we had gone all the way to Japan and had to pack up and come back.

“So we really need to avoid that. We have so many people watching, spectators buying tickets, teams travelling all over the world and then to suddenly just say we can’t race is really irresponsible, almost.

“It will just bring the raceable conditions from what is currently mainly [only using] intermediate tyres. Currently, you almost never race with the wet tyres, so I think it will bring it well into the wet tyre territory.” 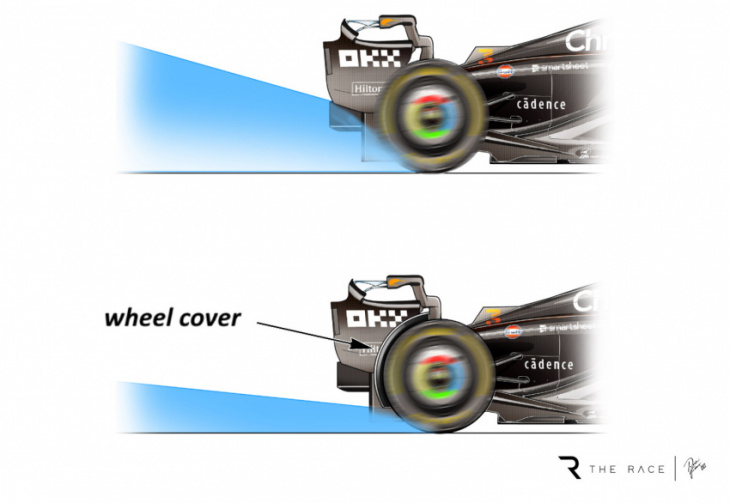 Tombazis believes that it will be possible to achieve a 50% improvement in the spray in terms of its impact on visibility.

While the analysis is still ongoing, simulation work has been undertaken to understand the impact on the spray from various wheel arch concepts.

Once a suitable design has been produced, the intention is to conduct track testing on F1 cars to evaluate their suitability.

“We have done a lot of CFD simulations because we want to make sure that the effect of these devices is relatively small on the overall dynamics,” said Tombazis. “There is still an effect but not a massive one.

“And we’re simulating the droplets of the rain and so on trying to see how it affects the spray.

“What is a bit of a challenge is to determine the relative proportion of what comes from the diffuser to what comes from the tyre. And once we have a solution, we’re going to do some prototypes and run them on some cars to try to validate that properly.

“I’m expecting that in equal conditions, it’s going to be maybe a 50% improvement type thing.”

Tombazis also stressed that there is no desire to design the wheel arches “to be removed or fitted in a rush”, meaning that they would only be put onto the cars before sessions or races or during red flag periods.

He also stressed that if the race starts wet and then dries up, the wheel arches would remain on the cars to the end of the grand prix. 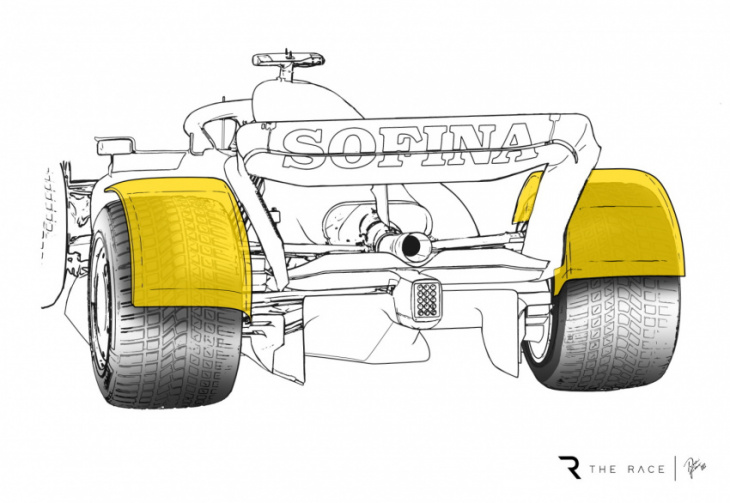 Pirelli is also working on improving both its wet and intermediate tyres in order to improve the racing in wet conditions, and is taking an interest in the spray-reduction initiative.

Its head of motorsport, Mario Isola, said Pirelli is “in the loop” on the wheel arch plans thanks to its participation in the Technical and Sporting Advisory Committees. But he warned that changes would need to be made to its tyres if the intention is to run in extreme wet conditions – and suggested that the diffuser is responsible for the majority of the spray rather than the tyres. 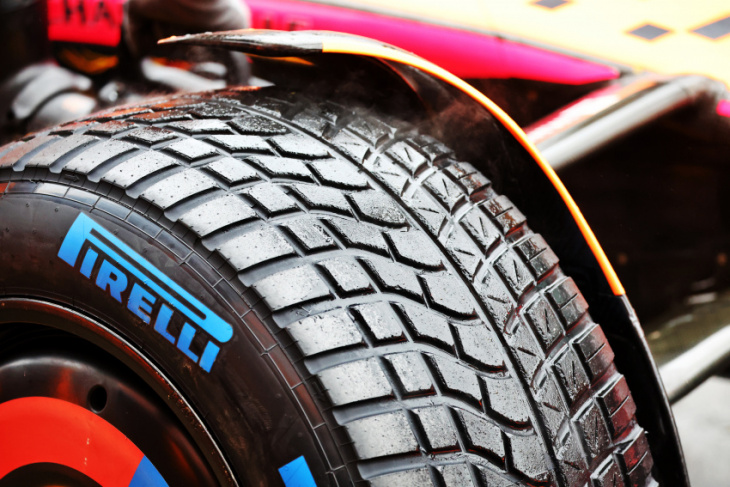 “I believe that most of the spray is coming from the diffuser, so they are also investigating this, not just the tyres,” said Isola when asked by The Race about the plan.

“The other point is that if we are doing this to allow the cars to run in full wet condition, then we need to know in advance because we need to design the tyre according to the limit.

“At the moment they are not running in full wet conditions because of the visibility, so to be honest to have a monsoon tyre is not useful because they will never use it.

“If the idea is to have a device that is avoiding to have spray in the air and the visibility is much better so they are running in full wet conditions, we need this information to design tyres to cope with these conditions because the intermediate tyre is not a tyre for heavy rain conditions, the aquaplaning resistance of the intermediate is not designed for that.”