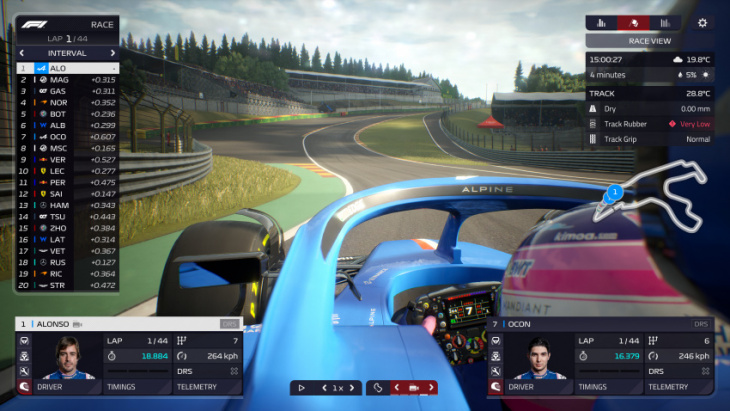 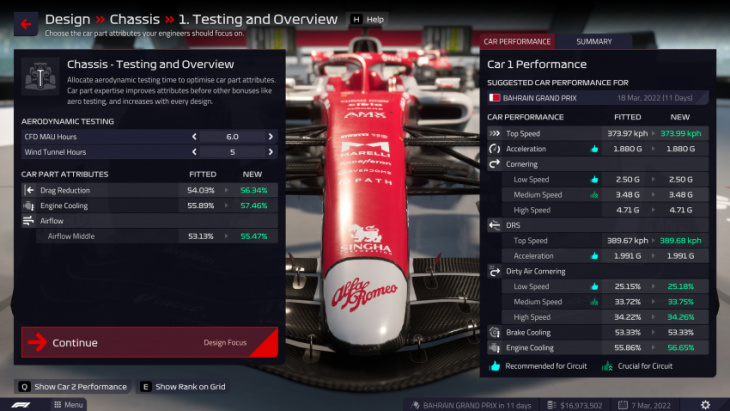 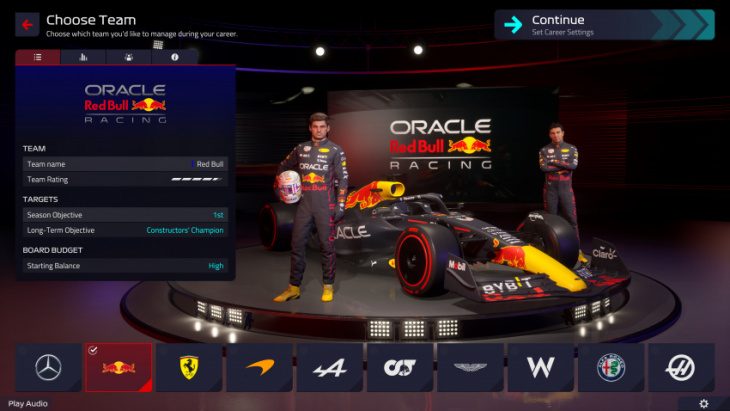 Sitting around on a Sunday afternoon watching the Ferrari F1 team’s title hopes implode in slow motion, it’s tempting to think that you could do a better job with one of the fastest cars on the grid and two top drivers. F1 Manager 22, out now on PC, Xbox and PlayStation, slaps you across the face with a fireproof racing glove and challenges you to do exactly that.

The first F1 management game in over two decades, F1 Manager 22 is clearly a product of Netflix series Drive To Survive’s glamorisation of the role of F1 team principal. Sure, insight into the psyche of elite drivers operating at the top of their game is engaging and all, but what we’re really there for is Toto Wolff and Christian Horner’s pantomime bickering.

As you might expect from a sport that is highly technical, in F1M 22 there are a staggering number of variables that you’ll be tinkering with in your quest for world championships. The game’s tutorial eases you in gently with race weekend strategy guidance, but then cuts you loose in a galaxy of seemingly tiny engineering decisions, all of which add up to potentially seconds worth of pace on the track. It’s like a playable anxiety dream.

Presentationally, the game looks stunning. You watch every race as if it’s a live broadcast, flicking between television and onboard camera positions to keep an eye on your two drivers. In a neat touch, there are even samples of real team radio for each driver as your instructions are relayed to the cockpit. The trap, though, is that it’s so detailed you’ll be tempted to watch it like a real grand prix. It’s easy to spend two hours attempting to micromanage every on-track battle, when actually you’re scrapping over tiny gains and the real meaningful results will come from ensuring the hundred or so plates spinning back at the factory don’t become a smashed crockery carpet.

Like its more driving-focussed stablemate F1 22, F1 Manager 22’s triumph is in its atmosphere of absolute authenticity. If the last time you played a management game it looked like a jumped up Excel spreadsheet, you’ll be blown away by the efforts to make every event feel like a real race weekend. The connective tissue between those weekends is suitably engaging as well, with curveballs like regulation changes thrown in to prevent your finely honed development plan from going too smoothly.

While management games are slower paced than racing games by design, and occasionally you will wish you could wrestle control from your drivers and get the overtake done yourself, there’s definitely something to be said for a game where you can wander to the fridge for a snack or idly thumb through your social media feed during a race without a catastrophic accident happening. The only thing missing is a minigame where you go on an awkward horse ride with your former-Spice-Girl wife. One for F1 Manager 23, perhaps…