Latest F1 game gets all the usual things right, but the additions are hit and miss 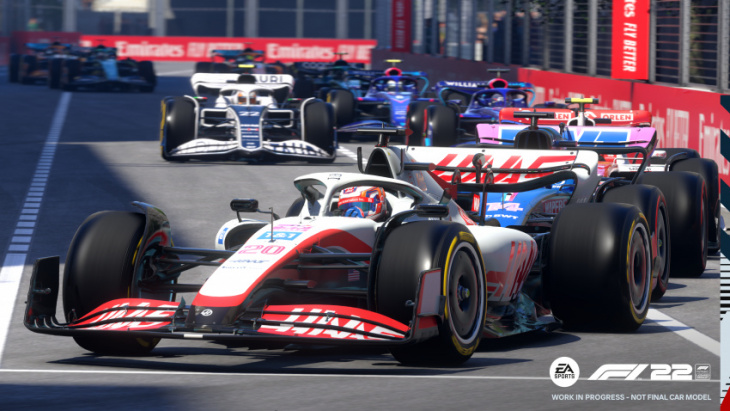 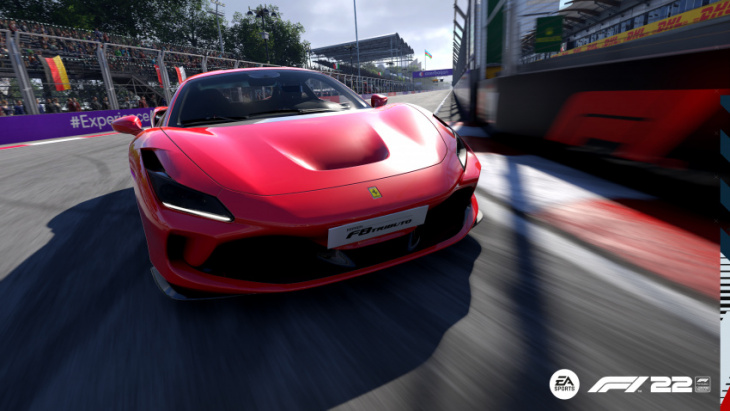 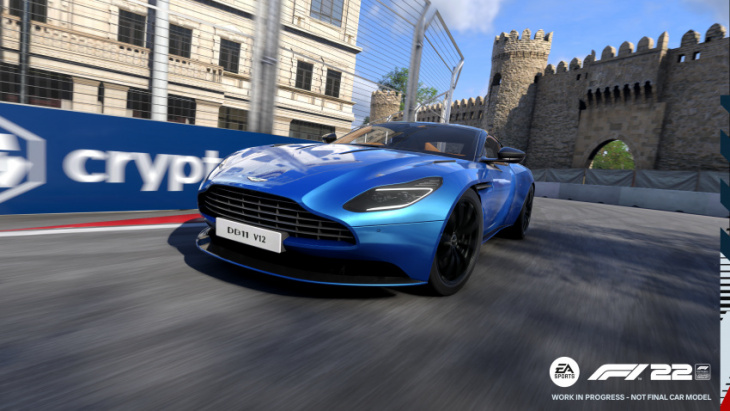 Strangely enough, the biggest new additions to F1 22 are very little to do with actually driving Formula One cars. The new F1 Life mode allows you to customise a fancy living room, which is more The Sims than driving sim, and there’s now a modest stable of road-going supercars that can be used in a series of ‘Pirelli Hot Laps’ challenges.

While the inclusion of supercars isn’t fundamentally a bad idea, it’s hamstrung by the fact, compared to something like Gran Turismo 7, that they handle with all the grace and poise of a broken shopping trolley. This is clearly a game whose physics model is very specifically tuned for stiffly sprung, lightweight racing cars and the introduction of road cars exposes that deficiency somewhat. The supercar challenges remain a diverting palate cleanser in the middle of a long season, but you’re unlikely to fire up the game specifically to play them.

Fortunately, what the F1 series does best… err, F1, is still absolutely brilliant. The new ’22 spec Formula One car is a different, arguably more challenging beast from previous years; lower on downforce and more clumsy on turn-in. You’ll be pleased to hear, though, that the sport’s ongoing porpoising problem, which turns serious professional athletes into high frequency nodding dog dashboard ornaments, is mercifully absent from the game.

Dig a little deeper into the now sprawling network of menus and you’ll discover some nerd-pleasing additions, including the option to do full formation laps, complete with tyre warming, and control your car during safety car periods. PC players also have the option of virtual reality support for the first time in an official Formula One game, so you can experience the exhilaration and nausea of entering a corner at 180mph for yourself.

Without the Story mode from last year, this season’s game does feel a little more dry. Well, unless you’re interested in decking out your F1 driver avatar in designer casual-wear or dabbling in Feng Shui. In spite of that, the series’ hard earned feature set and fundamental ability to translate a fabulously complex sport into an entertaining gameplay experience is still present and correct. F1 22 remains essential for F1 fans, not least those who fancy seeing a Mercedes win a race this year…

Probably should’ve towed it home instead… Sometimes we meet the dire consequences to our horrible decisions, which is exactly what happened to a C8 Corvette driver recently in Montana. If you don’t know, snowstorms in state can be quite fierce, something anyone who lives there should know well. That’s ...

This car is the punchline to a really odd car joke. The Ford Mustang is one of the most iconic muscle cars in American history, so iconic in fact it created a new genre of automobiles, called the pony car. For a few years it reigned undefeated with no competitor ...


View more: Someone Crashed The Camarostang

But wait there’s more! At the end of BYD’s event yesterday, where the Chinese brand launched its new premium electric sub-brand Yangwang and the rugged U8, it also revealed a sleek-looking supercar. The Yangwang U9 is not just a concept but actually a production vehicle, according to reports from the ...

Alfa Romeo is kicking off the new year by cryptically teasing what’s believed to be its upcoming limited-run supercar in a blink-and-you’ll-miss-it shot. The Italian carmaker uploaded a short video to its social media that in the beginning highlights its current lineup, including the Tonale, Giulia, and Stelvio. At the ...