EVs Can Accelerate To Sixty In Under One Second, Rimac Engineer Says

That’s around half the time it takes today’s Rimac Nevera to do the benchmark sprint. 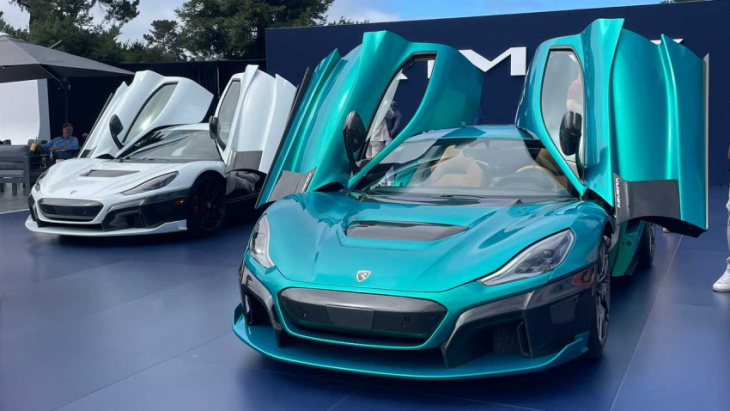 Rimac makes the quickest accelerating production road legal vehicle, the Nevera, which can sprint to sixty in under 2 seconds. However, Rimac has always present the the Nevera as just a very fast driver’s car, one that is designed to be engaging and enjoyable, so it was not really designed with drag strips in mind. Apparently the company thinks it could make an EV that does the sprint in under one second.

The Drive recently spoke to Matija Renic, the chief engineer behind the Nevera project, and he was specifically asked how much quicker he thought an EV could accelerate. He said he believes the time could drop to under one second, and that even though the Nevera is extremely fast,

Figures here and there, we are very proud of them, but the car is more than that. It’s not a one-trick pony, it’s not a dragster that you take to the drag strip and achieve the best times, and that’s it. The car is actually very, very complex, showing you what automotive technology in the future can do. And it’s also very usable and very friendly from the user’s perspective. And in the end what we wanted to achieve is develop a driver’s car, something that’s very engaging and very rewarding just taking it out and enjoying it.

So is Matija Renic saying that Rimac could today build a sub-one-second-to-sixty EV today if the sole focus of the vehicle was outright acceleration? Well, it sounds like it, and let’s not forget this would theoretically apply to road-legal vehicle that anyone could drive – only Top Fuel dragsters can deliver that kind of acceleration today, and in doing so they subject the driver’s body to up to 7 Gs…

So if you want to see what an electric vehicle accelerating to sixty in under one second looks like, you can search for a video of an electric dragster quietly disappearing towards the end of the track. Now imagine wielding a vehicle with that kind of performance level on the road – will such vehicles be commonplace in a decade’s time? Let us know what you think in the comments.

Keyword: EVs Can Accelerate To Sixty In Under One Second, Rimac Engineer Says