Everything that’s happened in final 2022 F1 test so far

Two red flags have interrupted the first half of Formula 1’s post-season Abu Dhabi test, as Fernando Alonso, Pierre Gasly, Nico Hulkenberg and Oscar Piastri made their debuts for their 2023 teams.

The one-day test at the Yas Marina circuit kicked off at 9am local time and will run until 6pm.

Alonso was the first driver to hit the track on his first morning driving for Aston Martin, which had to prepare a branding-free AMR22 for the two-time world champion, who is driving effectively on loan from his 2022 team Alpine. 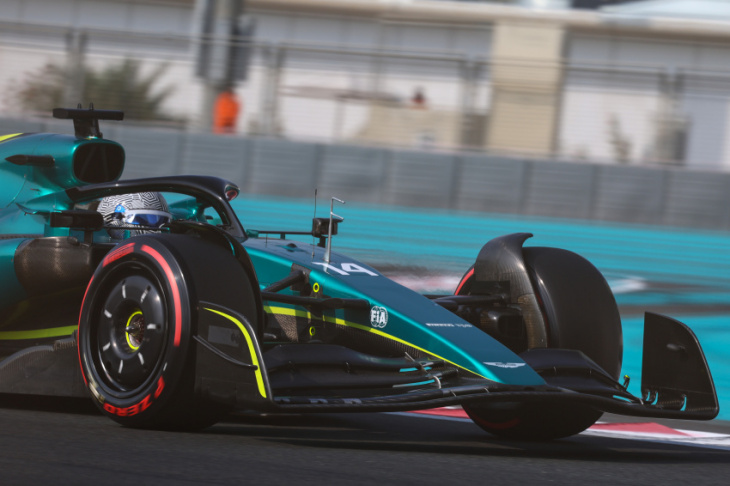 A similar agreement is why Alonso’s successor Gasly is in a neutral race suit at Alpine, although his crash helmet is decked out with Alpine’s sponsors – while Alonso has a sticker-free camouflage design.

McLaren’s new signing Piastri was the cause of the first red flag, following a minor technical anomaly that prompted a precautionary stoppage on-track.

The second came just after the four-hour mark, to clear debris on track between Turns 3 and 4.

Hulkenberg’s Haas debut was also interrupted by a mechanical issue that caused him to stop early in the morning but he was able to park somewhere that did not require any session interruption.

The car was also able to be retrieved, allowing him to return to the track, although he was limited to just 27 laps in the first four hours. 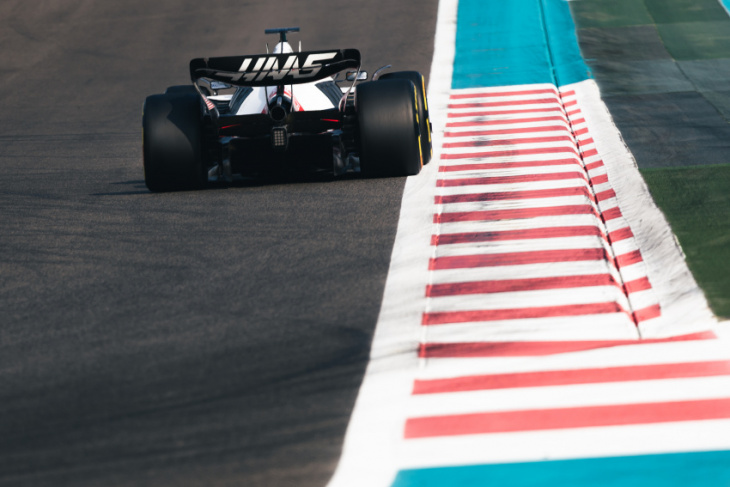 Charles Leclerc was quickest after the first four hours of running, improving in the third hour to a 1m25.383s. That’s 1.5 seconds slower than Max Vestappen’s pole time for the Abu Dhabi Grand Prix.

Laptimes are largely meaningless in this test, not least because the cars are all running 2023 Pirelli tyres and teams have different allocations for each driver.

One car is being run for ‘young drivers’ – someone who has not competed in more than two grands prix – while the other is the nominal ‘tyre test’ car driven by a driver with an F1 superlicence.

The young driver car has two sets of C3 tyres, four sets of C4s, and two sets of C5s – which is the softer end end of the Pirelli range. 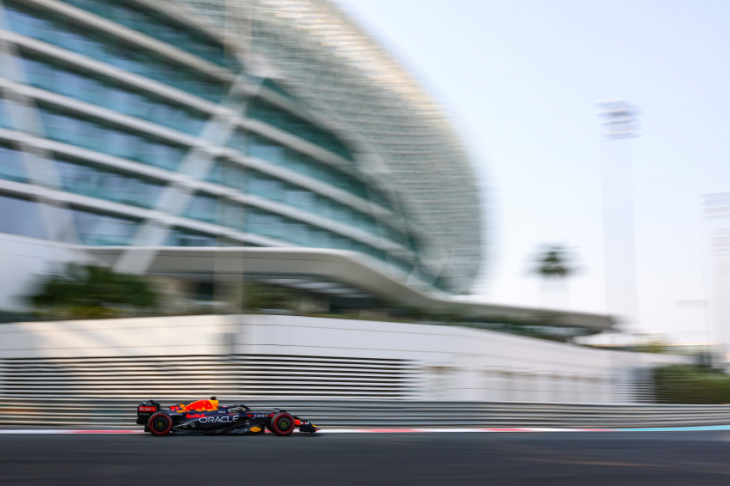 Red Bull driver Sergio Perez has been the busiest so far, completing 88 laps in the first four hours. He hands his car over to F1 world champion Verstappen in the afternoon.

Keyword: Everything that’s happened in final 2022 F1 test so far