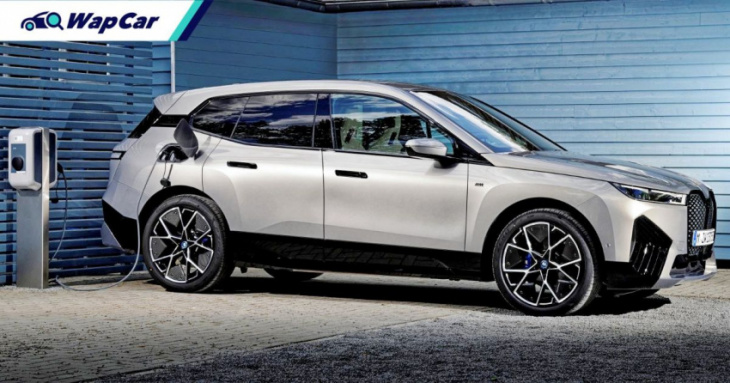 The BMW Group has one of the widest portfolio of EV models (5 BMW i Series, 1 MINI, 1 Rolls-Royce). It is also the industry’s leader in carbon-neutral supply chains, going as far as direct sourcing of minerals from ethically-managed mines. You would think that the BMW Group will be jumping both feet into electric mobility like Audi or Lexus, but no.

While its Rolls-Royce Motorcars subsidiary will become an EV-only brand 2030, followed by MINI slightly later, the company’s namesake BMW brand has so far resisted calls to walk-the-talk and end sales of combustion engine models. The reason is not as simple as Elon Musk’s superfans will want to believe. 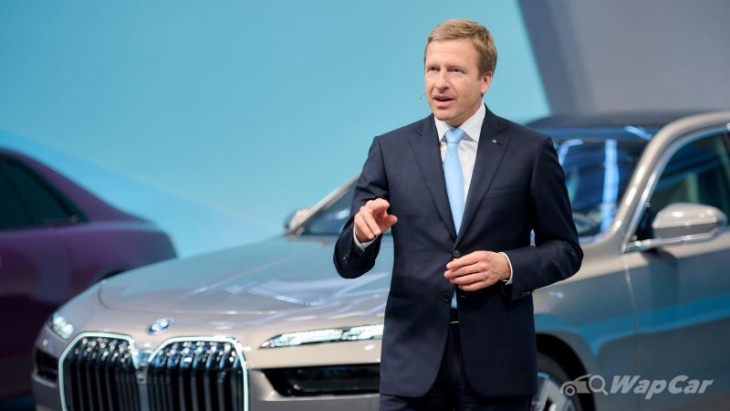 In a recent World Market Leader Innovation Day organized by German business magazine WirtschaftsWoche, BMW Group CEO Oliver Zipse reiterated the Munich-based company’s stance that although the BMW Group is adopting an electric-centric strategy, it is wrong to bet the future on just one technology path.

“The industry will look different in terms of scale and structure than it does today if it goes to just one technology,” said Zipse, who added that governments should remain open to all possible technological solutions. 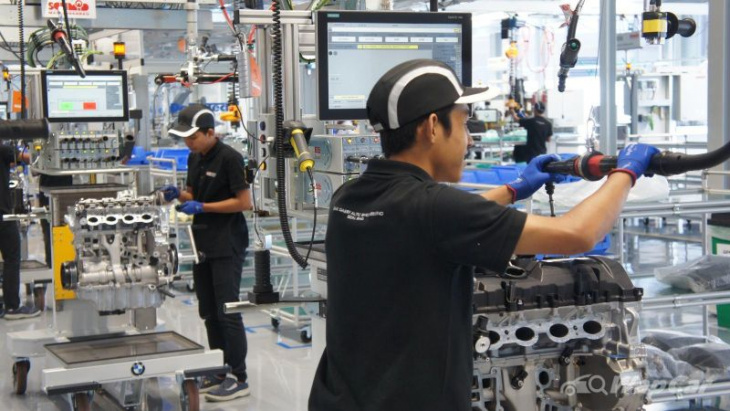 Zipse said a ‘hard shutdown’ of the combustion engine “would lead to distortions that nobody here can control anymore.” If the transition fails, there is no fallback as one can’t simply restart production of engines.

Although the BMW Group is investing heavily into EVs, it reckons that it is not realistic to expect charging infrastructure to be rolled out fast enough to support the scale of transition necessary to meet Europe’s climate protection goals.

Contrary to his former peer and ex-CEO of Volkswagen Group Herbert Diess, who is a big fan of Elon Musk and once tweeted “'Please listen to science!” deriding hydrogen as a solution, Zipse said hydrogen is “the only raw material that can be sustainably produced and stored.”

Diess has since been removed from his position at VW. 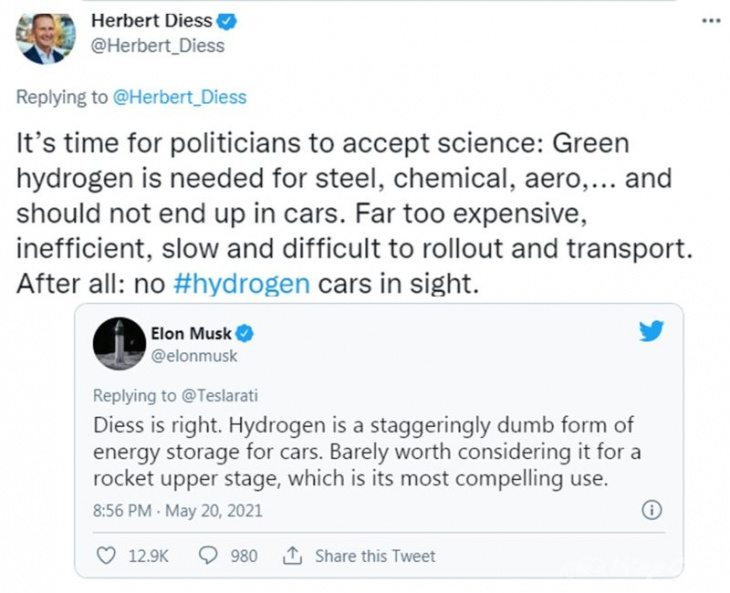 Companies that are backing hydrogen disagree and say the world cannot hope to scale up the supply of renewable energy to support EVs without investing into hydrogen, as renewable energy is unreliable and is very dependent on weather conditions.

Some form of energy storage is required to store excess energy so that power demand can still be met even when output from solar panels or wind turbines are low. EV proponents are pushing for batteries to be used at solar and wind farms but there is just not enough batteries to meet demand for EVs and power stations.

In theory, discarded EV batteries that can no longer power cars can be repurposed to store energy in the day and supply power to the grid at night, but this is easier said than done because every EV maker’s batteries have different size, format, chemistry, each requiring their own unique software to manage. It is not possible to mix-match different batteries and re-deploy them at a large scale for use in power stations. 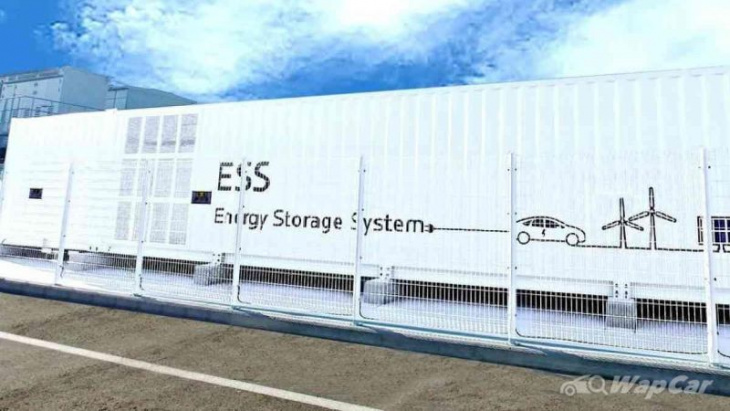 Hyundai's 2MWh Energy Storage System at its Ulsan plant. Discarded xEV batteries that are no longer fit for use in cars are used as a giant power bank, charged by solar power, supplementing power from the grid.

Further supporting the case of hydrogen, Zipse said “You don't need your own charging infrastructure.”

“You can convert a petrol station (to store hydrogen) in two days. The path to get there is relatively short, and unlike with electromobility, where you need connections to the medium-voltage grid, and you need a charging infrastructure for every car. That's a lot of work. That will work, but not as the only solution. This (battery EV solution) is going to take far too long. That's why we firmly believe in hydrogen. It will come and it will come at BMW, I am very, very sure of that,” said Zipse. 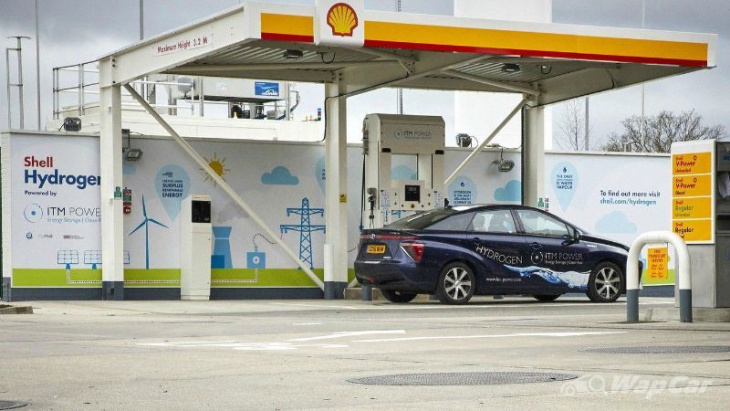 The fuel cells are sourced from Toyota, but BMW assembles them into stacks using their own production techniques. 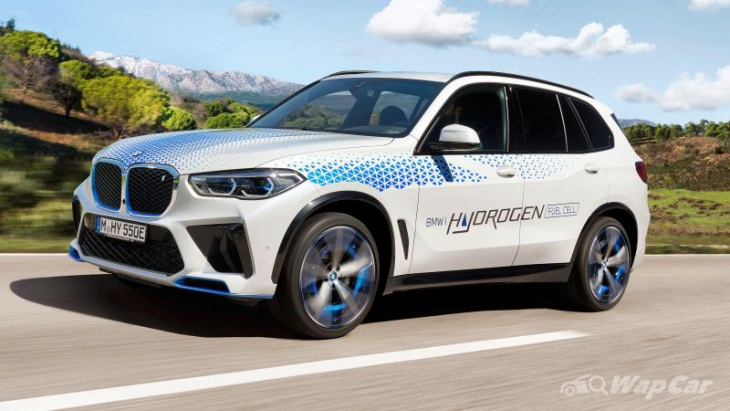 BMW iX5 Hydrogen, production of about 100 units will commence by end-2022

The stack housing itself is manufactured in the light metal foundry at BMW Group Plant Landshut using BMW’s own sand casting technique for small-series models. Final assembly is completed at the company’s hydrogen competency centre in Munich. Apart from BMW and Toyota, the Hyundai Motor Group is also investing into fuel cells, though the fate of the project for passenger cars is still in question as the next generation Hyundai Nexo is rumoured to be delayed after encountering a serious setback.

Mercedes-Benz too is developing fuel cells for its heavy trucks. Its passenger car division is focused only on battery EVs. 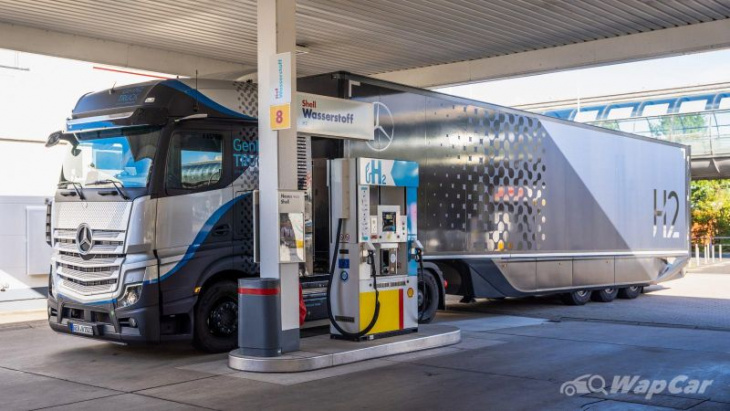 In China, Geely is working with Korea’s SK Group to develop fuel cells.

Having become the world’s largest EV market and with a fairly mature EV battery and motor drive suppliers ecosystem, China’s road map for its automotive industry for the next decade is to promote hydrogen fuel cells.

Hydrogen fuel cell electric vehicles (FCEVs) have been identified as one of the six industries China needs to develop in its 14th Five-Year Plan (2021 to 2025).

The move by China is important, because as the world's largest producer of batteries, China knows more than any other country about promoting and building EVs. If China says a country cannot rely on EVs alone, it's probably worth taking a few steps back from Tesla's rhetoric and understand China's reasoning. 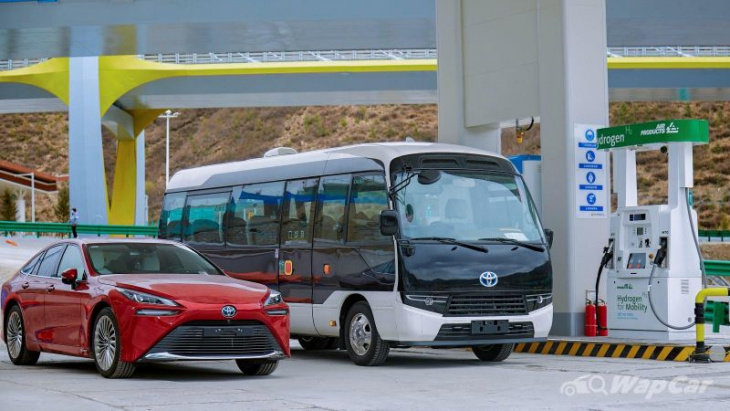 The Zhangjiakou prefecture is China’s national wind and solar energy storage and transmission demonstration project zone. Excess energy from these renewable sources are stored as hydrogen, which is then converted into electricity by fuel cells to meet gaps in power demand.

Shell now runs one of the world’s largest electrolysers to produce green hydrogen in Zhangjiakou, at 20 MW. The facility will scale up to 60 MW in the next phase. 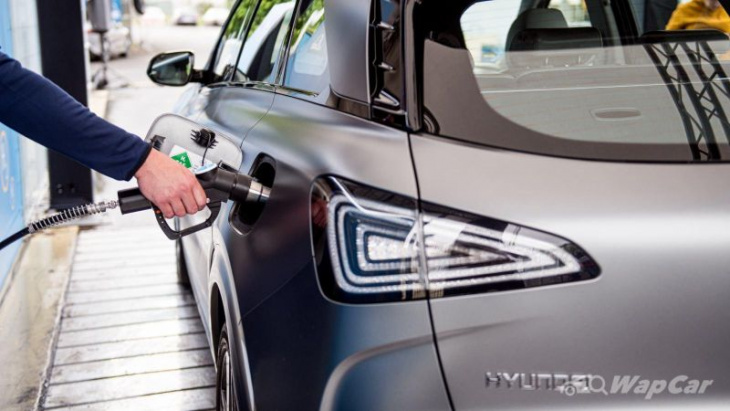 Hydrogen FCEVs can be refueled in less than 5 minutes, similar to combustion engine cars

Currently, majority of hydrogen produced are of the grey and blue variety, just like electricity, where coal and natural gas are still the main input fuel / source.

Keyword: Even with 5 iX models, BMW says betting everything on batteries is a bad idea, echoes Toyota's believe in hydrogen fuel cells

Does it represent good value for the price? What features does it come with? Is there anything interesting about its design? How practical is the space inside? What are the key stats for the engine and transmission? How much fuel does it consume? What safety equipment is fitted? What ...

BMW’s new M2 will sport a much wider body than the 2 Series coupe donor car. (Image: Bimmerpost) It has been a terrible week for BMW as leaks of its hotly-anticipated M2 have popped up all over the internet. First, the exterior design was plastered all over the Bimmerpost ...


View more: Like a sieve! BMW cannot keep a lid on details of its all-new 2023 M2 sports car

The Venza has a luxurious interior This RAV4 Hybrid alternative gets 40 mpg in town Both the RAV4 and Venza are all-wheel drive SUVs Which is bigger, RAV4 or Venza? The Venza is a bit more expensive, but it could be worth it If Toyota were to reimagine the ...


View more: 5 Reasons Why the Toyota Venza Is the Perfect RAV4 Hybrid Alternative

Some interesting design patents have surfaced on the Australian intellectual property rights database, lodged by Toyota, potentially previewing the next-gen, 2024 Toyota C-HR. Firstly, we must point out the vehicle depicted in the images looks extremely similar to the Toyota SU EV concept the company revealed during a massive presentation ...


View more: How Much Does a Fully Loaded 2023 Toyota Tacoma Cost?