The automotive industry is quickly shifting toward an electric future with new technology, new products, new policies, and new questions surfacing every day.

Here are the biggest EV-related stories, debuts, and reviews from the past month. 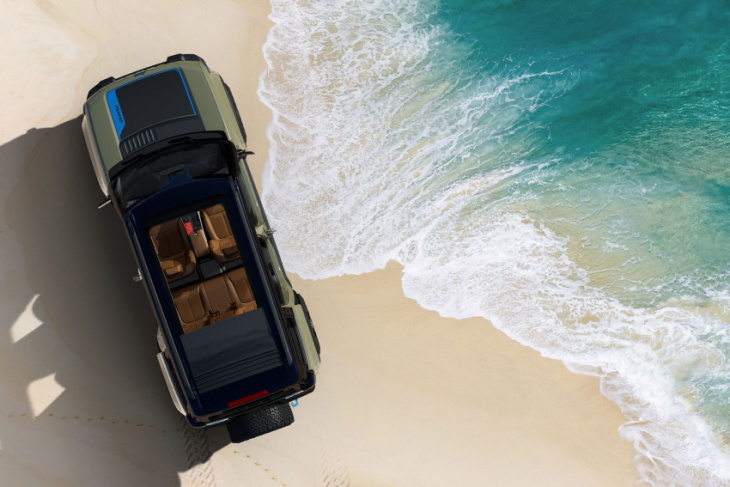 Jeep has made public its plans to have electrified models across its brand portfolio by 2025. It’s already got the number-one-selling plug-in hybrid in North America with the Wrangler 4Xe, but is also lining up a whole team of upcoming EVs, starting with the Avenger, a compact, city-bound BEV that will arrive in Europe and Japan in 2023 with an estimated range of 400 km.

The trail-rated Wrangler-esque Recon will follow suit, set as it is to enter production in 2024 (maybe even with assembly in Canada!) with orders opening in 2023. Other upcoming Jeep products include the Wagoneer S BEV, which earned plenty of attention with its claims of a 600-horsepower powerplant, 3.5-second zero-to-60-mph (-96 km/h) sprint time, touted 640-km range, and rear wing that Ralph Gilles, Stellantis’ chief design officer, calls his “favourite part of the design.” And that’s not even the most far-out Jeep EV claim: the brand claims that the new battery-driven Grand Wagoneer will have a whopping range of 800 km.

Elsewhere under the Stellantis umbrella, the 2023 Dodge Hornet buzzes onto the scene and positions Dodge in the compact SUV segment from which it had been noticeably absent. Shoppers will have two options in terms of power, one with electricity and one without. Read up on the Hornet here before it drops later this year. 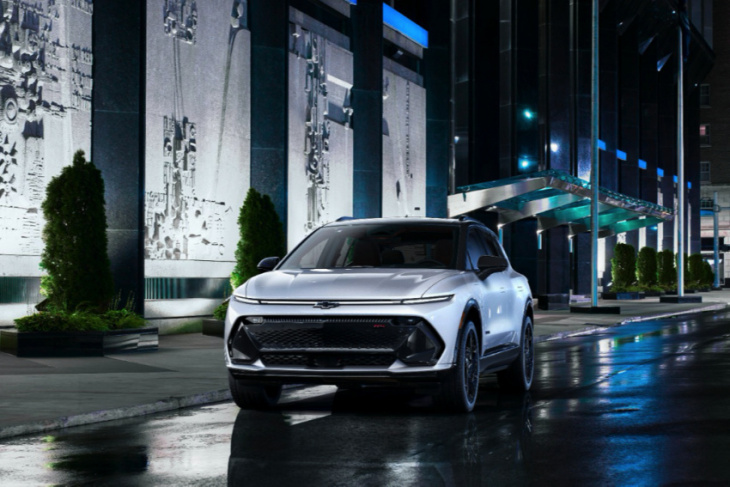 Chevrolet is hoping to tempt some of those sitting on the EV fence over to the electric side with the 2024 Equinox EV, priced ‘around’ $35,000. “We are at a turning point where EVs will be the mainstream choice for the next generation of customers, and Equinox EV will lead this charge for us,” said Mary Barra, Chair and CEO of General Motors. “With the flexibility of GM’s Ultium Platform, we are bringing to market vehicles at nearly every price point and for every purpose.”

Some of those other vehicles at other price points include the Chevrolet Silverado EV and Blazer EV, both of which launched earlier this year. Chevrolet hasn’t released full trim pricing for the Equinox, but has given estimations for range. Front-wheel-drive models in all trims from 1LT through 2LT, 3LT, 2RS, and 3RS are all predicted to push around 480 km per charge, while all-wheel-drive models will manage around 450 km. More details and a quick trim breakdown at the link above.

Consumer Reports names the most reliable EVs so far this year 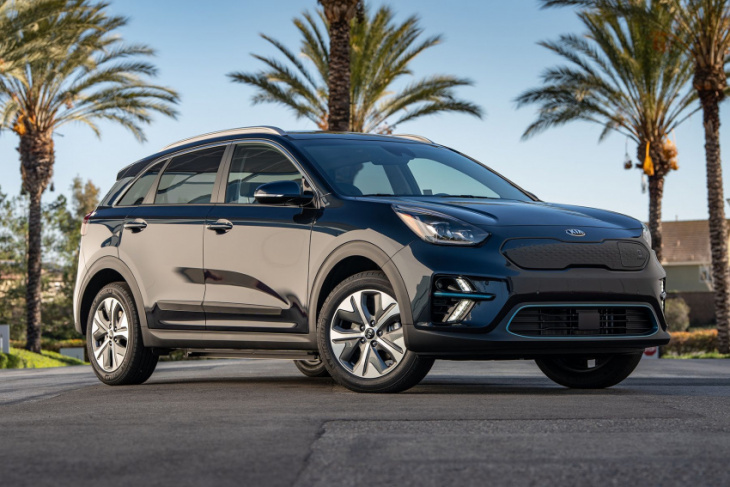 When it comes to shopping for a new vehicle, regardless of whether it’s gas or electric, reliability is a key determining factor. This makes lists like Consumer Reports’ 2022 reliability survey an asset to all potential buyers. So, did your new EV (or wish-list new EV) make the list?

For 2022, CR has highlighted the top 10 most reliable electric vehicles, naming a bunch of Korean-made rides, two Chevrolets, one Tesla, and one Porsche as the best picks for those looking to avoid unscheduled trips to the shop. And who isn’t, really? Porsche’s sporty Taycan crept onto the list, tying for the 10th position with the 2022 Hyundai Kona EV. Hyundai gets mentioned elsewhere on the survey for the Ioniq 5, and number of additional times through its familial relations to Kia. The Kia Niro Electric, for example, earned the top spot with a score of 88/100 and a competitive base price of $44,995, while the Kia EV6 landed in fourth with the exact same price tag. 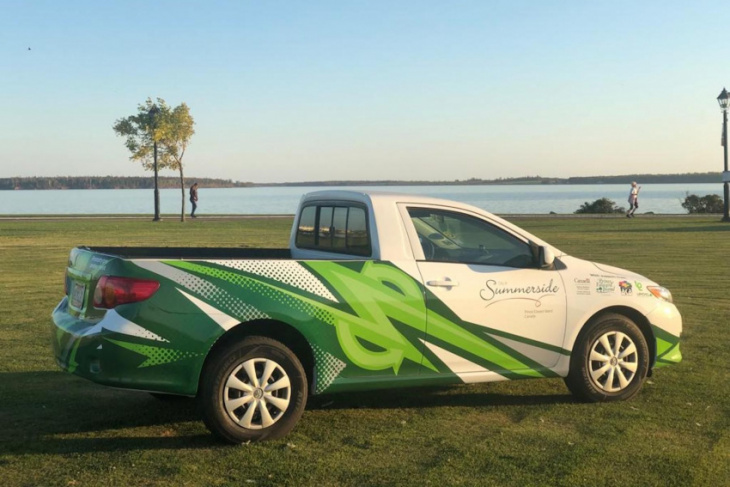 The newest electric pickup truck on the market has a rather odd Canadian connection: it’s being built on Prince Edward Island out of Toyota Corollas. Upcycle Green Technology takes 10th-generation Corolla sedans, rips out the innards (and much of the ‘outards’) and plunks in a 26-kWh battery pack and 102-kW electric motor that, according to the company, can move the truck for a total of 150 km.

That range, though short, might just be enough when combined with the truck body (including a five-by-six-foot box), to draw in some of the handyman set who are tired of pumping overpriced petrol into their work vans and pick-ups.

The top-selling EVs so far this year 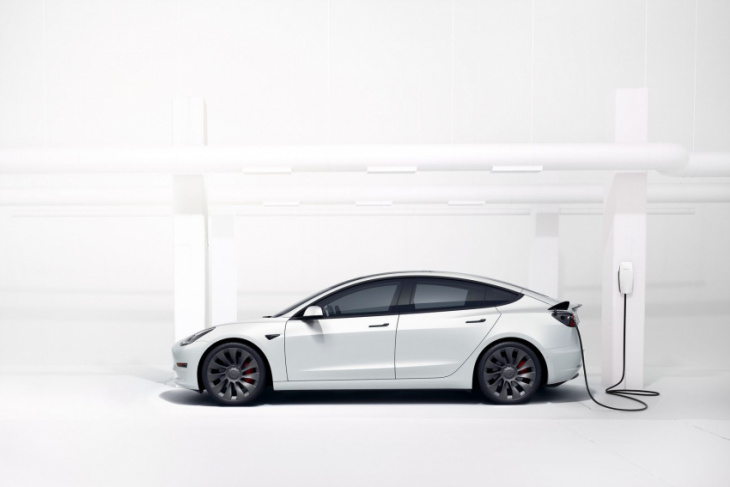 Reliability is big, but it’s not the only thing that draws buyers into new vehicles. If it were, there’d be no difference between this list of the top-selling EVs so far this year and the above-mentioned reliability survey.

Sure, there’s plenty of overlap, with cars like the Hyundai Ioniq, Kia EV6, Chevrolet Bolt, and Nissan Leaf appearing on both, but the sales figures tell a slightly different story, particularly in regards to Tesla’s Model 3, which lands mid-pack in terms of reliability but dominates in sales. With 7,054 sales in the first half of 2022 (23 per cent more than during the same period in 2021), the Model 3 benefits from a tempting price point right on the strategic edge of Canada’s EV rebates.

In fact, the next most-purchased rebate-applicable EV was the Hyundai Ioniq 5, which had only around half as many people (3,226) vote with their wallet. A few other models break the 1,000-units-sold mark, but not Volkswagen’s stage-setting I.D. 4, which places fifth on the list with 983 models sold. 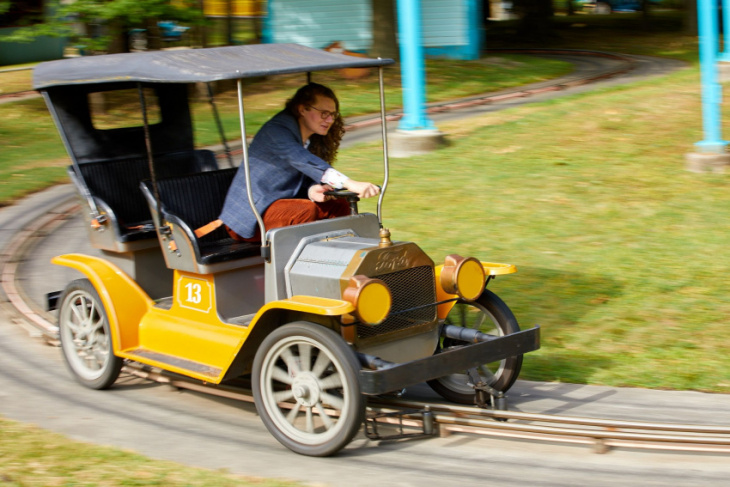 Driving expert Elle Alder has many childhood memories of pretending to drive the classic cars that make up Canada’s Wonderland’s Jokey’s Jalopies. Now he has an adult memory captured on video, too.

The antique car ride puts fans (mostly children, plus the occasional professional automotive reviewer) in the driver’s seats of faux old Ford Model Ts, which are actually specially built 1980s fibreglass-over-steel models, and whisks them on a 7.6-km/h tour through part of the park. In his in-depth review, Elle breaks down the power source for the vehicles’ 1.5-horsepower electric motor, and notes how the experience of re-entering a childhood memory on tracks has “gotten smaller” and a little harder on the spine.

The conclusion to this very serious and highly important review? “After more than four decades of service, these cars aren’t just a mechanical ride for children — they’re a vessel of nostalgia for former kids who’ve grown into unserious adults, into automotive writers, and into parents with kids of their own.”

Behind the wheel of the Volkswagen ID. Buzz 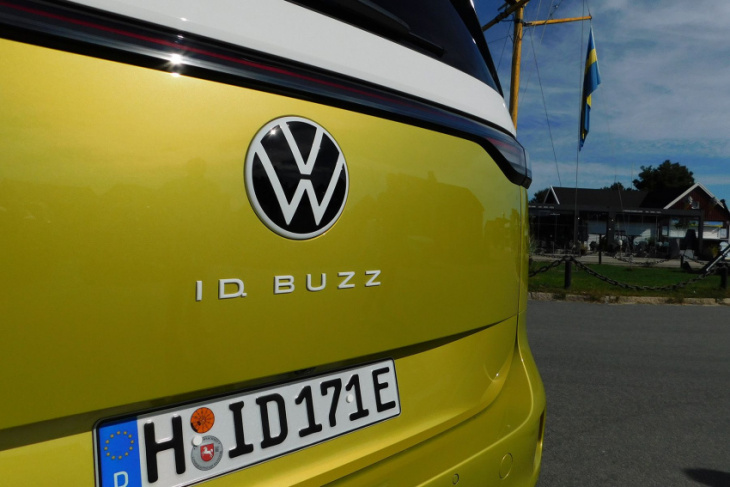 After years of writing about it, we’ve finally driven the Volkswagen ID Buzz. The international media first drive took place in the 18th-century Frederiksstaden district in Copenhagen, Denmark, leading drivers around the city and across the eight-kilometre Øresund Bridge to Malmo, Sweden, onlookers smiling and waving wherever they went.

The model driven was the short-wheelbase single-motor rear-wheel-drive option in passenger and cargo setup, which will go on sale in Europe soon as 2023 models but won’t come to Canada. Like in the original VW Bus, the driver position is high and comfortable, with a view through the steering wheel of the same floating driver display that sits in the existing ID.4 (the steering wheel is also familiar). The wheel-mounted gear selector includes a B setting for regenerative braking that makes one-pedal city driving easy, and a D setting that sets the van ‘sailing’ when you lift your foot off the pedal.

The VW ID. Buzz has a WLTP range of 423 kilometres, which should drop about 20 to 25 per cent when measured via North American ratings. Pricing for the 2024 VW ID. Buzz with a long wheelbase remains unknown, but VW Canada says online pre-orders will open in the first half of 2023.