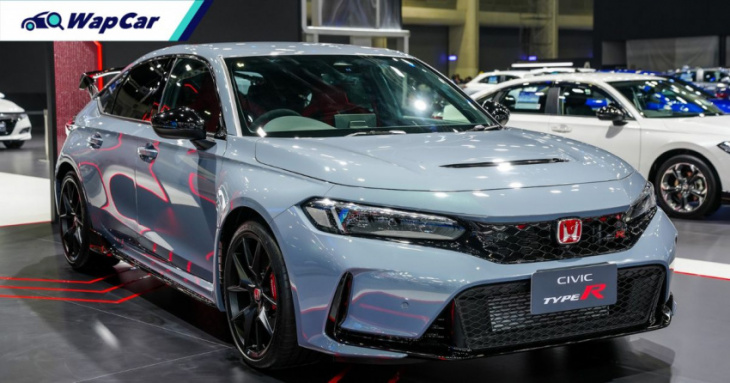 The 2022 Honda Civic Type R (FL5) continues its ASEAN journey after its regional debut in Vietnam, this time launched in Thailand. Prices are not out at point of publication; though estimates point it to be north of THB 3.8 million – roughly equivalent to an eye-watering RM 478k! 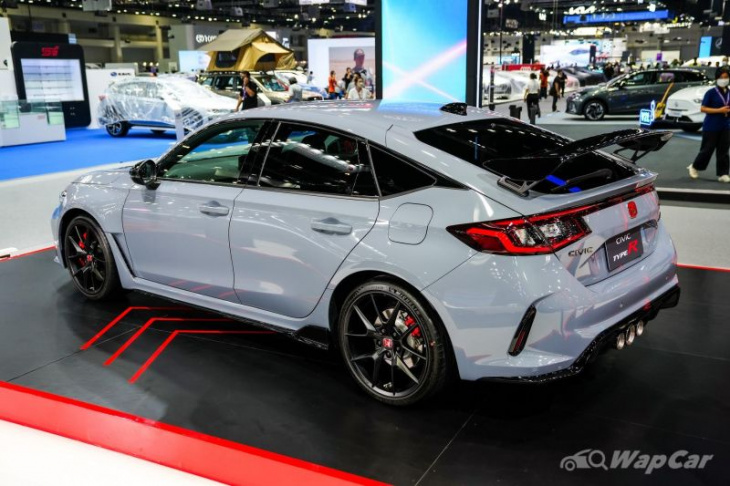 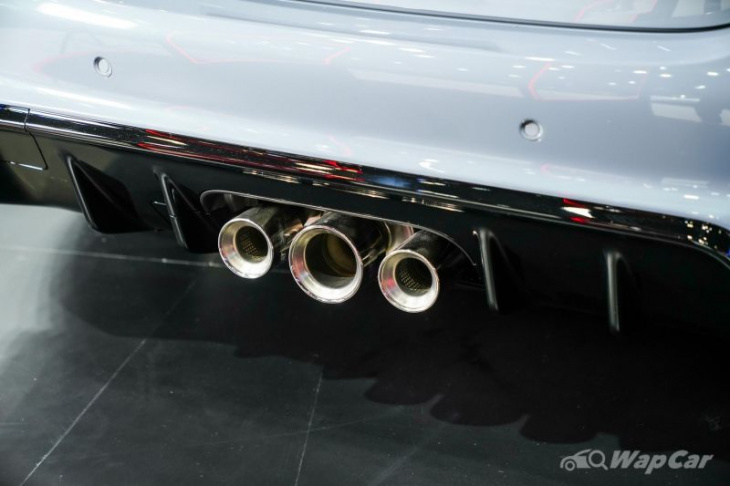 Fully-imported (CBU) from Japan, the FL5 makes history as its the first time the Civic Type R is officially sold there; much the same with Vietnam which was the first ASEAN country to debut the model. 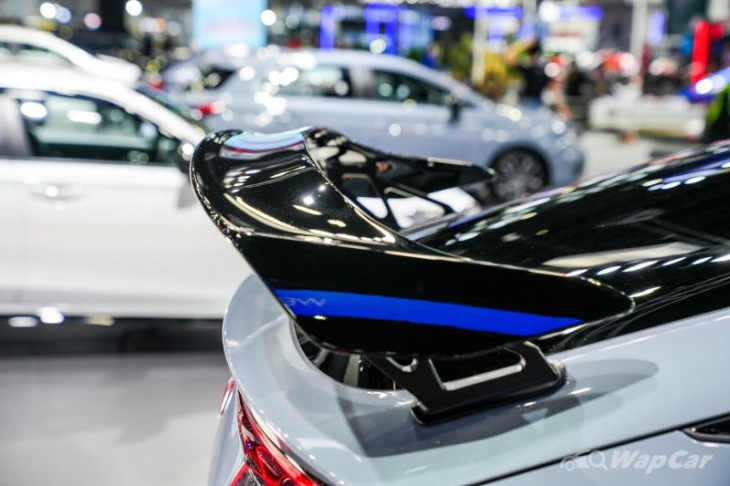 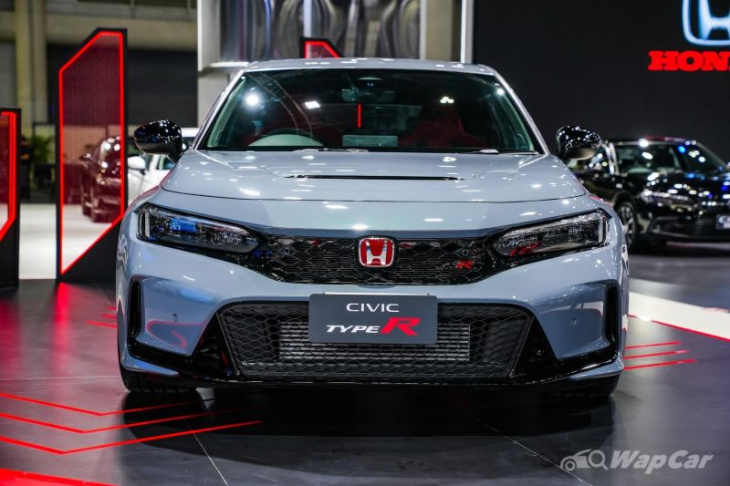 Competition’s tough (the Thai International Motor Expo also welcomed the Toyota GR Corolla, at THB 3,949,000 it’s roughly 4 percent pricier too), but the Type R should have the numbers to back it up a bit. After all, it is the most powerful Type R ever. 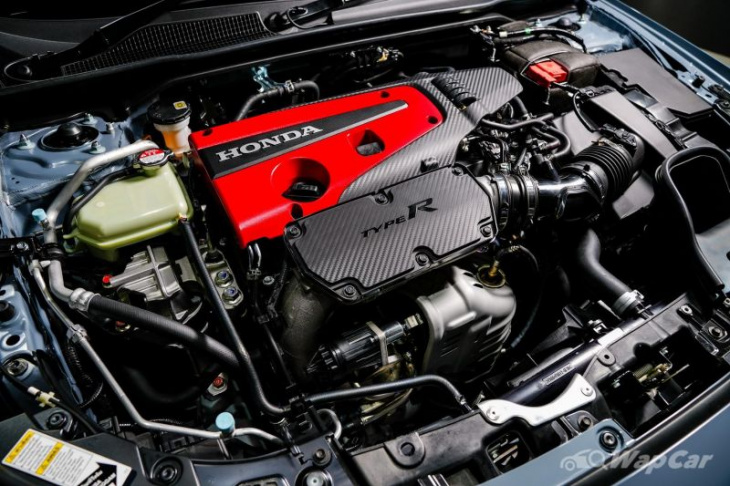 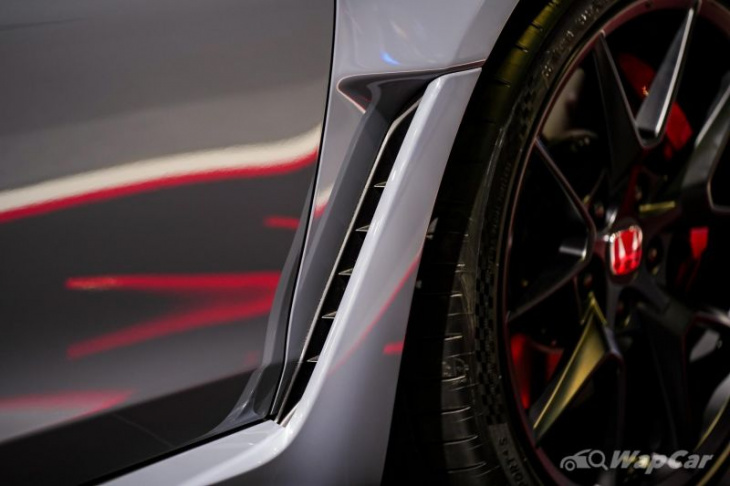 The K20C 2.0-litre VTEC Turbo engine under the vented hood makes 330 PS and 420 Nm, with all of that transferred to its traditional front-wheel drive via 6-speed manual transmission. 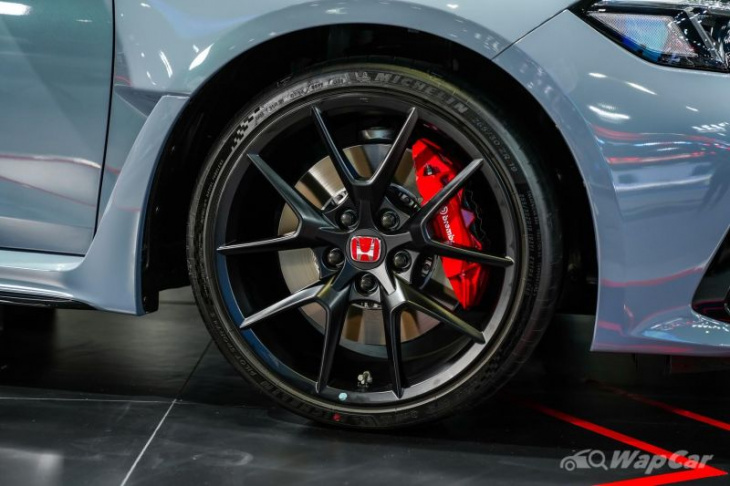 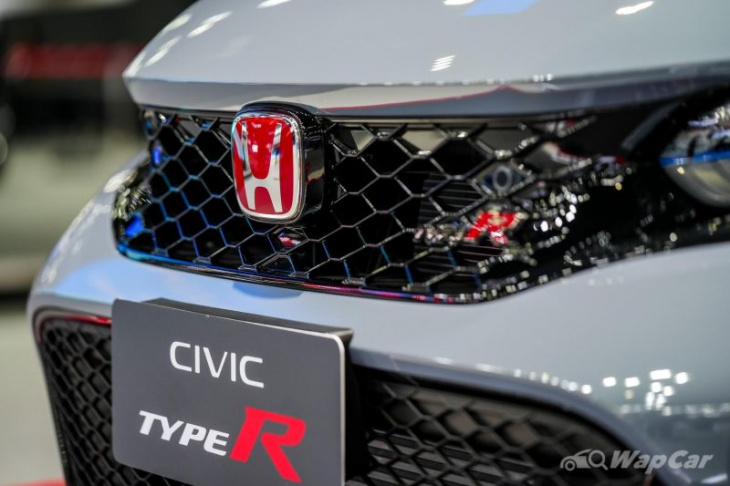 A limited slip differential (LSD), Brembo brakes, and sticky Michelin Pilot Sport 4S tyres around 19-inch wheels shall help with the rest of the performance chops. 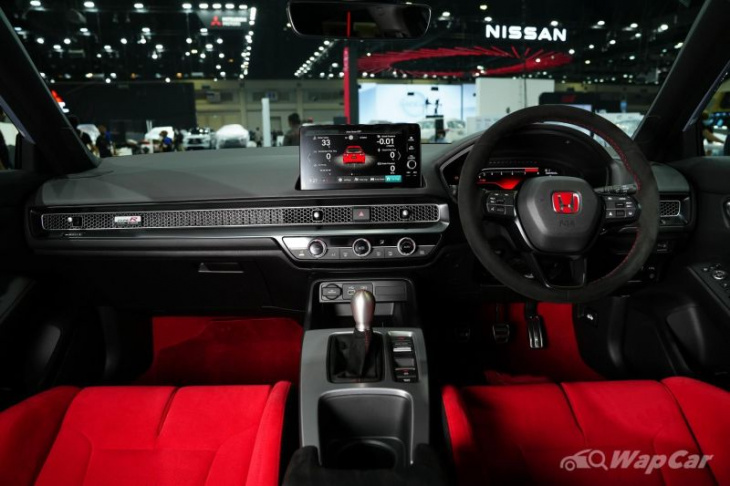 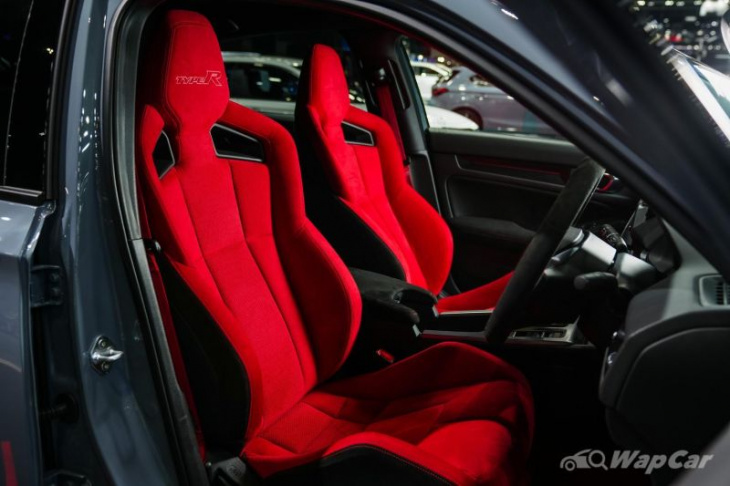 Other than that, the hot hatch comes with red-and-black perforated suede interior upholstery, signature metal gear knob, and a digital instrument screen that displays all manner of data, from lap times to car condition. 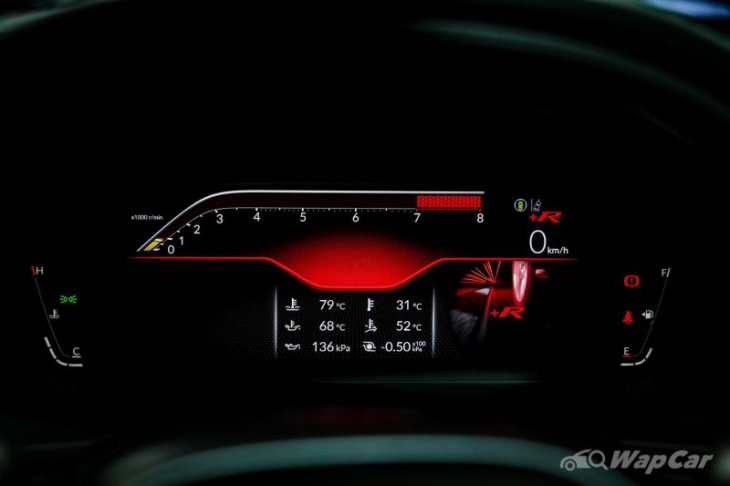 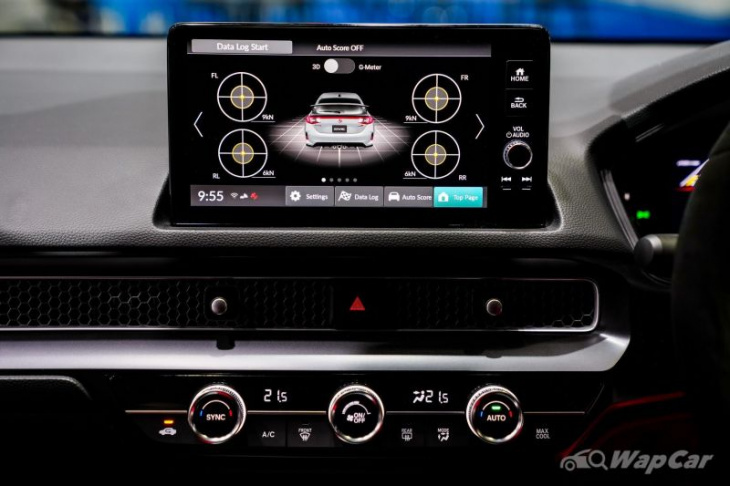 8 airbags, including knee airbags for both front passengers plus the full suite of Honda Sensing advanced driving aids are part and parcel of the model. 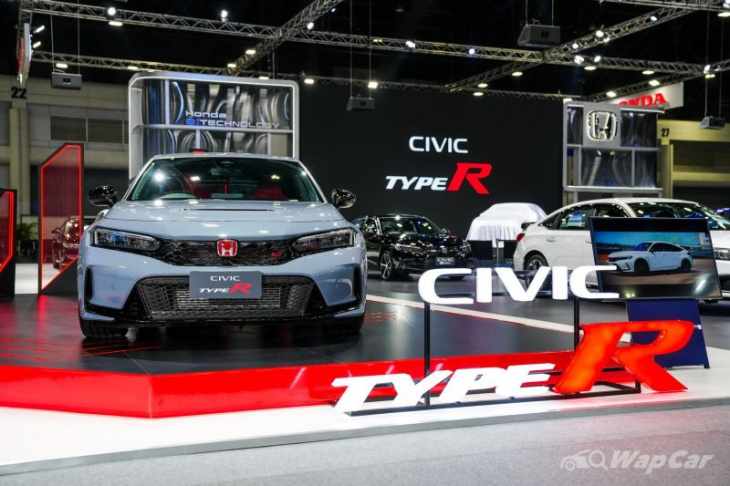 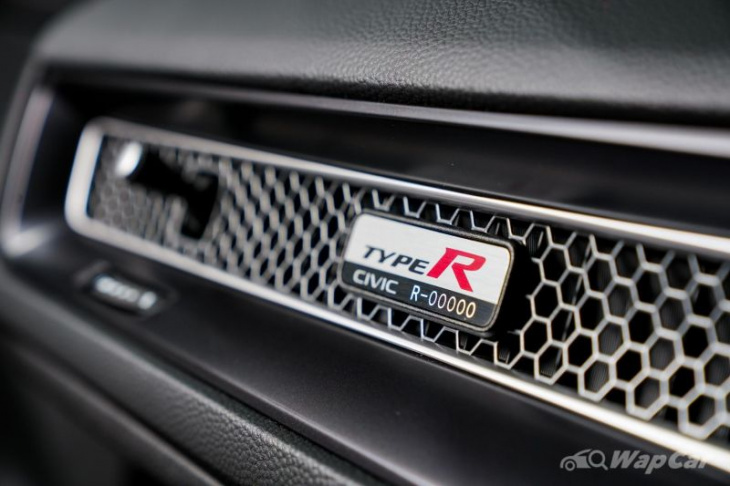 Closer to home, there is a good chance of this model being offered by Honda Malaysia as we’ve been getting Type Rs since 2007’s FD2R. Naturally it won’t come cheap; when the FK8 Type R was last sold here, prices began from RM 330k.

A circa RM 350k starting price for the FL5 Civic Type R in Malaysia is likely.