End of the road looms for the manual handbrake 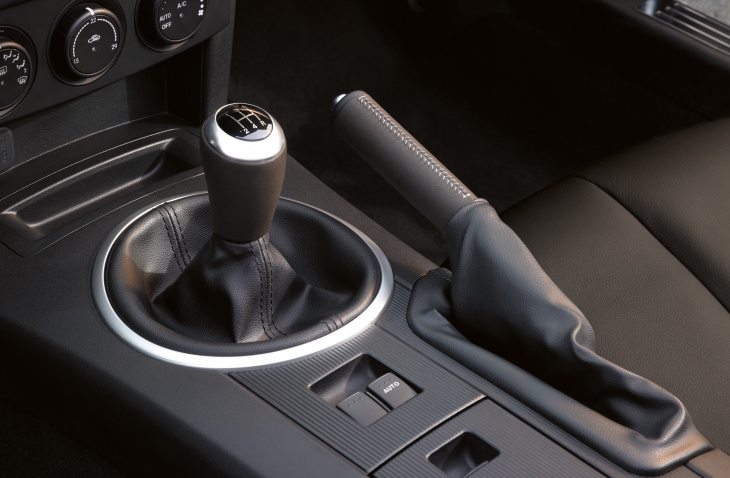 Manual handbrakes are becoming a thing of the past

The number of new cars with a manual handbrake continues to fall, with only 13 per cent of new models featuring one.

Research from online marketplace CarGurus has found that 87 per cent of new cars are supplied with an automatic handbrake – up from 83 per cent in 2021 and 63 per cent in 2018.

With household names such as the Citroen C1, Nissan Micra and Peugeot 108 all being discontinued in the past 12 months, this has contributed further to the decline. BMW also dropped its X1, 2 Series and M4 Convertible models recently, all three of which had a manual handbrake, meaning the brand’s entire range now uses an electronic parking brake instead.

Other brands such as Volvo, Peugeot and Mercedes also no longer offer a manual handbrake on their cars, while in Audi’s line-up, it’s only the A1 that doesn’t use the electronic version.

In fact, Abarth is the only manufacturer that offers a manual handbrake across its range – and even that’s set to change later in the year when an electric 500 is introduced.

He added that the discontinuation of some well-known models as well as the rise of the EV had contributed to the four percentage point drop over the past 12 months.

Knapman said: “Since 2018, we have seen a 24 percentage point fall in the number of new cars being fitted with a manual handbrake.

“It was always likely that the expected 2030 ban on sales of new petrol and diesel cars would spell the end of the manual handbrake – the question now is whether it can even last until then.”

Keyword: End of the road looms for the manual handbrake