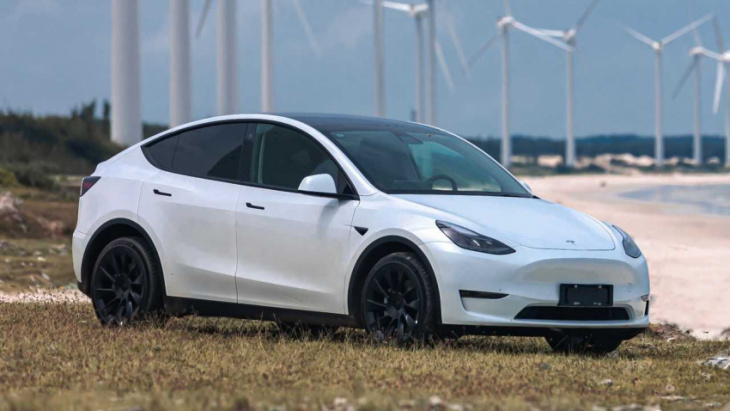 According to a report today by media publication PingWest, Tesla CEO Elon Musk has decided to promote the President of Tesla China – Tom Zhu Xiaotong – to the position of global CEO for the electric automaker. The information is said to come from “people familiar with the situation.”

Zhu has been integral in leading Tesla to many successes in China, including an exponential increase in sales. He helped develop Giga Shanghai, which is now Tesla’s primary export hub. In addition, the Tesla China president worked to establish Service Centers in the country.

When Zhu first joined Tesla in April 2014, he wasn’t the president of the automaker’s brand in China. Rather, he started as the director of Tesla’s Supercharger program in the country. That said, it wasn’t long before he was promoted to the role of Global Vice President and President of China for Tesla.

As you may remember, some information came out in a recent trial revealing that Musk had made the Tesla board aware of a potential successor for the CEO position. Some media outlets assumed this meant Musk was considering stepping down, though he may have just alerted the board of the successor’s name in case a new CEO was ever needed.

Musk has said many times over the years that he never really wanted the Tesla CEO role, but there was no one else to do it. Now that he’s also the CEO of Twitter, he has already made it clear that he hopes to find someone else to fill that position once he’s ready to hand over the reins.

According to PingWest, Musk shared during a court case related to Tesla’s acquisition of SolarCity that the jobs he does at Tesla aren’t really CEO jobs. He has always referred to himself as an engineer. He said:

“I tried not to be CEO of Tesla, but I had to or it would die. I rather hate being a boss. I’m an engineer.”

At this point, we really have no idea if Musk plans to step down as CEO of Tesla, and if he is making plans, we have no idea when he might carry them out. Musk is now even busier than before since he acquired Twitter and is running the show at the social media company. He also has a full plate at SpaceX, where he’s CEO as well.

While it may be unrelated, Tesla’s stock share price has taken a massive hit this year. There are many reasons the stock could be seeing a decline, but much of the downward movement began when Musk started selling large amounts of his personal shares, first to pay taxes, and later to buy Twitter.

The CEO has said multiple times in the past that he was the first one in and will be the last one out. He also said a few times this year that he was done selling his Tesla shares, only to sell more at a later date. Some investors and analysts have voiced a lack of confidence in the brand due in part to Musk’s stock sales.

This is a developing story. We’ll have to wait and see if we learn more about the potential for Tom Zhu Xiaotong to become Tesla’s upcoming global CEO.