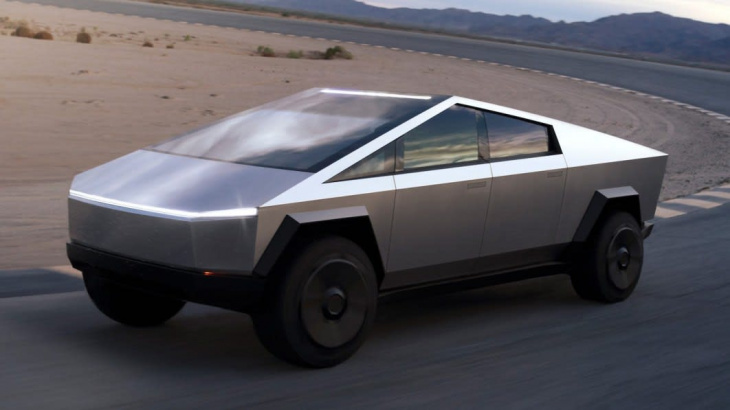 Over the years, Tesla CEO Elon Musk has slowly revealed details about his company’s long-postponed Cybertruck pickup. On Thursday, he said the electric truck will be able to float and work like a boat for short periods.

“Cybertruck will be waterproof enough to serve briefly as a boat, so it can cross rivers, lakes & even seas that aren’t too choppy,” Musk tweeted.

Years of delays have left preorder holders and industry watchers wondering when the Cybertruck will be able to simply serve as a truck. Tesla revealed the unique-looking model at a splashy event in 2019 and planned to start sales in 2021 but now says production will begin in 2023.

In the interim, Ford, General Motors, and the California startup Rivian have all launched battery-powered pickups of their own.

Musk has a habit of making hard-to-keep promises about future products and technologies. He’s said that rocket thrusters will allow the upcoming Tesla Roadster sports car to hover. For years, he’s said that Tesla is on the brink of creating fully self-driving cars.

Some specifics about the Cybertruck have changed in the three years since its unveiling. The truck will cost more than the roughly $40,000 Tesla originally advertised, Musk told shareholders in August. Late last year, he said the first models out will have four motors and rear-wheel steering, giving them the ability to spin in place like a tank or drive diagonally.

Tesla says two other delayed models will go into production next year: the Semi tractor-trailer and Roadster sports car.

Keyword: Elon Musk says Tesla's Cybertruck will be able to 'serve briefly as a boat' to cross rivers and lakes