Plunging headlong into the world of electric vehicles, Volkswagen late June showed off its new ID. AERO concept car, an all-electric sedan which the company says marks a thinly veiled prelude to the real thing, due to hit Canadian dealers some time in 2024.

Set to be positioned in the mid-size sedan segment, the spellcheck-vexing ID. AERO incorporates design elements found on other members of the ID. family, such as its wraparound light strip and metallic paintwork. While the concept does deploy those cues, its side profile has more than a whiff of Jetta to it, especially aft of the rear doors and around the sides of its taillamps. The honeycomb structure of its lens is unique, however. We’re gratified to learn companies are still plowing R&D into sedans, an attractive but vanishingly small segment of the overall car market. 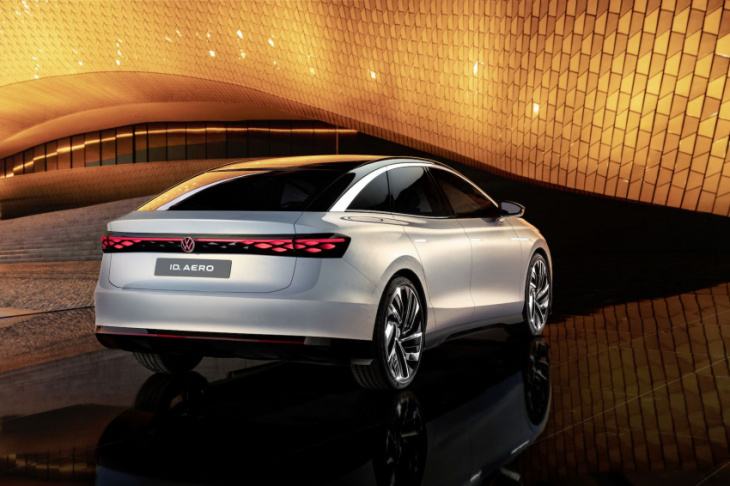 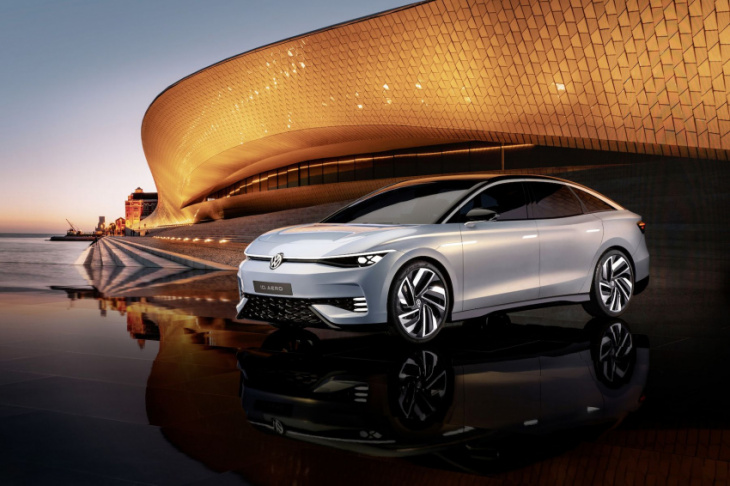 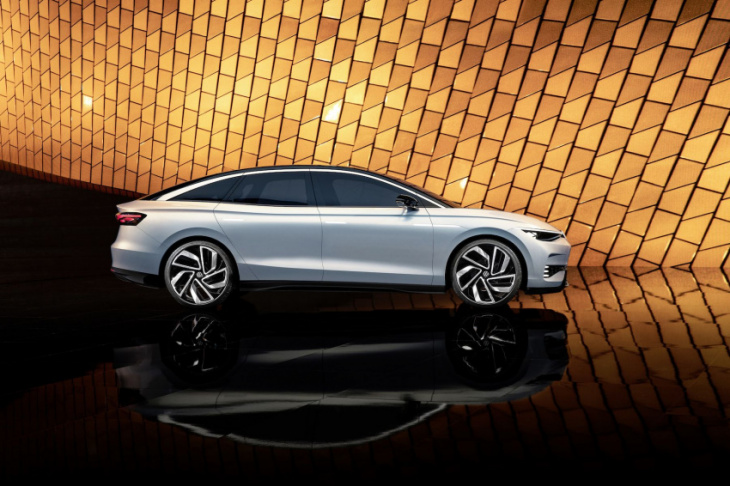 “With the ID. AERO show car, we are revealing a preview of the next member of the ID. family,” said Ralf Brandstätter, Chief Executive Officer of Volkswagen Passenger Cars. He went on to describe the ID. AERO as “A car with an emotional and at the same time extremely aerodynamic design, a range of over 600 kilometres, an extraordinary amount of space, and a premium interior.”

It’s the long-legged range which primarily captures our interest. At an estimated 620 clicks, the ID. AERO should be able to put range anxiety to bed, even if that figure is plucked from the eternally optimistic European measures. This vehicle will be built on the company’s modular electric drive matrix (MEB) platform, a set of bones which has already spawned several electric cars in the VW extended family and is intended to underpin every future Volkswagen EV.

No pictures of the interior were shown, but it’s not unreasonable to presume it shares much with the ID.4 hatchback-no-wait-it’s-a-crossover-no-hatchback. VW takes pains to point out the ID. AERO will be the fourth fully-electric model series in China when it appears in that market in the second half of 2023. The company is also planning to start production of a European series version that same annum.

Thomas Tetzlaff, the gregarious media rep from VW Canada and one of the rare Germans on this planet with a funny bone, told this publication the ID. AERO is absolutely headed to dealerships in this country some time in the 2024 calendar year. As for price, Tetzlaff promises it will land “somewhere between a used Beetle and a new Space Shuttle.” Very good, then.